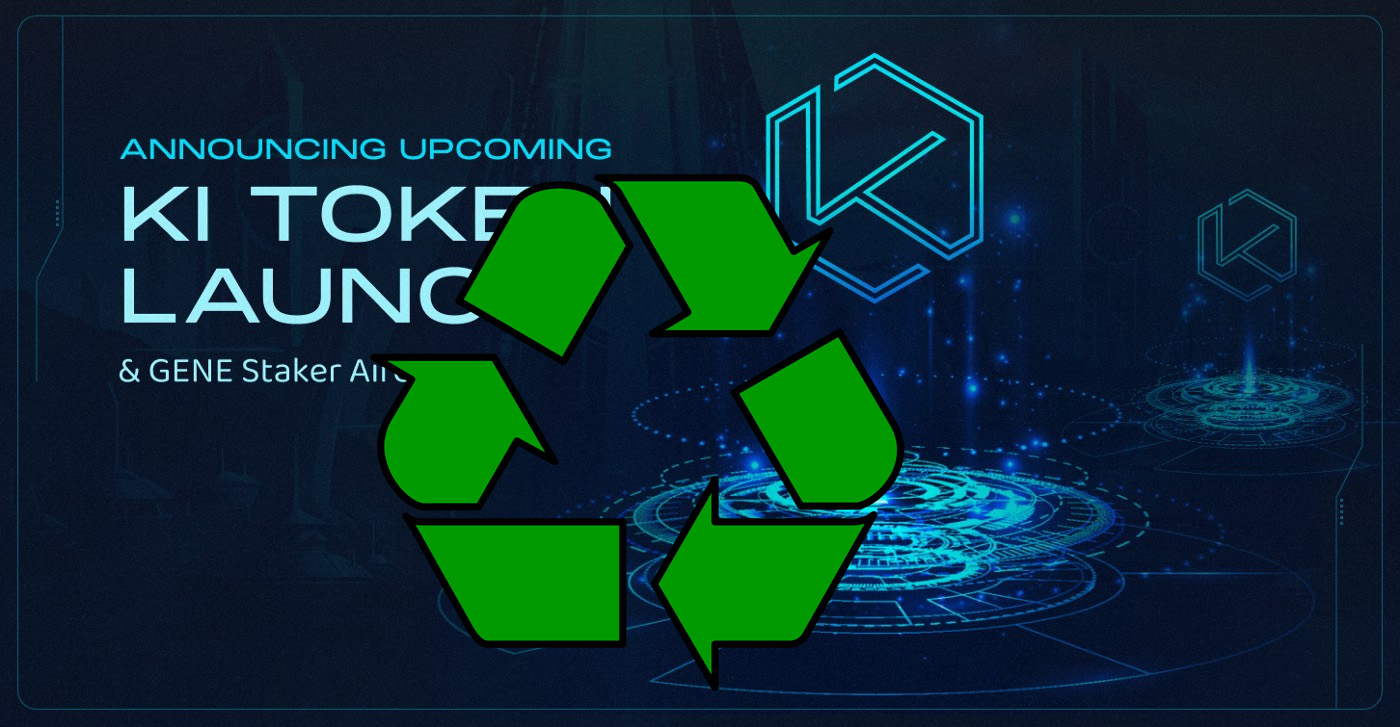 After the recent hack on Solana wallets that saw millions of tokens drained from accounts, the Genopets team discovered that about 2% of the circulating supply of KI tokens had been stolen. And even though they were on the verge of releasing Habitat gameplay and allowing players to start earning KI tokens in-game, Genopets decided to pause and assess the situation. The result of that assessment is a decision to completely relaunch the KI token with a new airdrop!

With a significant portion of the KI circulating supply in the hacker’s wallet, the team decided this was too much of a blow to the community. And so, in order to try and make things right, the KI token will be relaunched.

Genopets also pushed the launch of their Habitat feature back to August 10th. This feature will allow Habitat owners to begin generating KI tokens and refining Crystals. Habitat management first opens to private beta testers (though if you own a habitat you should already be on that list), with additional beta invites going out over the coming weeks.

The Genopets team will airdrop the new tokens into wallets based on a snapshot of KI holdings on Monday 8/8/2022 at 15:00 UTC. Anyone still providing liquidity for the KI token to the Orca whirlpool should withdraw it ASAP. Everything else about the token will remain the same, and the team is already coordinating with the various coin trackers to make this a smooth transition.

This is only a viable strategy because the KI token generation had not yet begun, and there was liquidity in only one spot, Orca Whirpool. When the token relaunches, the Genopets team will re-add their liquidity, with a starting price of 0.1433 cents per token.

Players with compromised wallets should fill out a form on the Genopets Discord. Once the airdrop begins, they will also need to visit https://mainframe.genopets.me/CLAIM-KI (not yet live) and submit a new wallet address.

Unfortunately for the victims, this will not replace any GENE or sGENE tokens that were stolen.

Genopets is a free-to-play, “move to earn” game built on the Solana blockchain. Genopets uses data tracked by a smartphone or fitness wearable to count steps, which users convert to energy to level up their Genopet. In this move to earn game, players earn XP from walking. They convert that XP into KI tokens using Habitats. Then, use the KI token to craft Crystals, improve their Genopet, and walk some more!

Genopets features a number of NFTs, as well as the new style ‘SFTs’ for basic resources. The main NFTs are Genesis Genopets and Habitats. SFT Resources include Raw Crystals, Refined Crystals, Terraform Seeds, and other upcoming game additions.

Players can earn via cashing out their KI tokens, crafting and selling Crystals, or renting out Habitats. Habitats are the main gateway into play to earn. Each Habitat holds one Genopet. Habitats generate Crystals and KI tokens passively, while also increasing the experience your Genopet earns. All crafting is done at a Habitat. Players must maintain their Habitats or production stops.

The GENE token exists on both Solana and Binance blockchains. Genopets is currently in private beta and adding new players on a regular basis. They opened up a staking program for their GENE token not long ago, and held an airdrop and sale for their KI tokens.