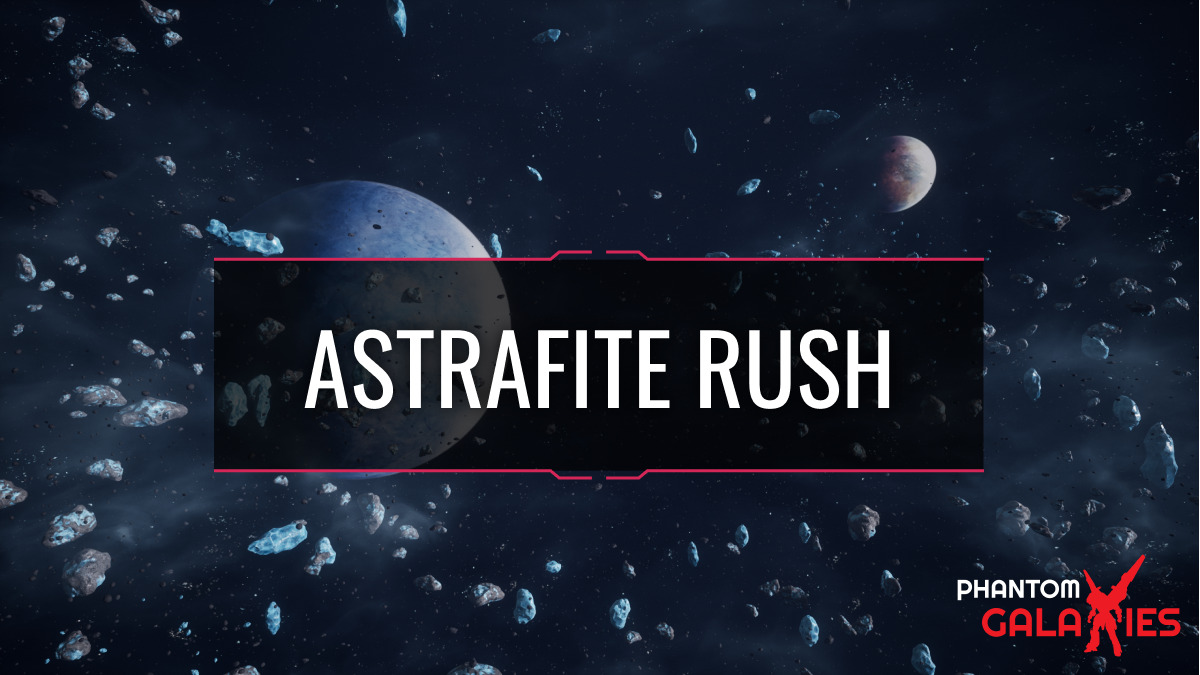 With three alpha Episodes under their belt and a fourth arriving soon, Phantom Galaxies upped the ante by releasing their governance token, ASTRAFER. Along with the token launch, an upcoming event associated with Episode 4 will allow players to earn ASTRAFER rewards!

As Phantom Galaxies preps for the Alpha Episode 4 release and the beta, expected later this year, they released their primary blockchain token, ASTRAFER.

The ASTRAFER token will be required for minting special NFTs, such as the Thermopylae Poster 3. And though Phantom Galaxies calls ASTRAFER their governance token, it’s unclear how this governance extends beyond in-game activities. ASTRAFER will be used in the governance of certain guild types and staked to bases to increase their output, but I don’t see anything about external governance.

The Phantom Galaxies litepaper is also very light on the tokenomics. We do know that 888,077,888 tokens were minted, with just under 89K tokens going to the team and another 89K going to the liquidity pools. About 450k of the tokens are allotted for distribution via Planets, PvP, PvE, and a general ecosystem fund. The remaining tokens go to marketing, launch contributions (not sure what this is), and a little over 150K kept in reserve.

So, 888k initial supply. Is there anything preventing the team from minting more tokens? Unfortunately, it seems not, which is a little concerning, especially without detailed information about their tokenomics plan. Here’s an excerpt from their token contract on Polygonscan.

Players can trade for ASTRAFER on Quickswap using a variety of tokens. From the standard ETH and USDC to SAND, REVV, TOWER, and others.

Also, tied in with Episode 4, the team plans to release a special Astrafite Rush event. This will involve completing in-game objectives to earn raffle tickets for potential rewards in ASTRAFER tokens. This event runs in cycles, with players gaining points towards their personal objectives during each cycle, while also contributing to a community pool, which increases the rewards for everyone. The team promises extra rewards for Planet holders, who receive additional ASTRAFER as they complete objectives during the event. Objectives include missions such as mining ore and fighting pirates.

We should get more details on this event as the release draws closer. For those who want to be as ready as they can, Phantom Galaxies released a Medium article with suggestions on the best ways to reach level 30 (the current max).

The initial launch for Phantom Galaxies is on the Polygon blockchain. Long-term plans include multichain support, where each chain has its own home galaxy but players can still interact. Closed Alpha runs in Episodes, with the final Episode expected to launch soon. And though only an alpha, the game already features high-quality graphics, a slick interface, and detailed gameplay. Playing in the close alpha requires ownership of a Halberd-001 NFT (current price is under $5 USD).