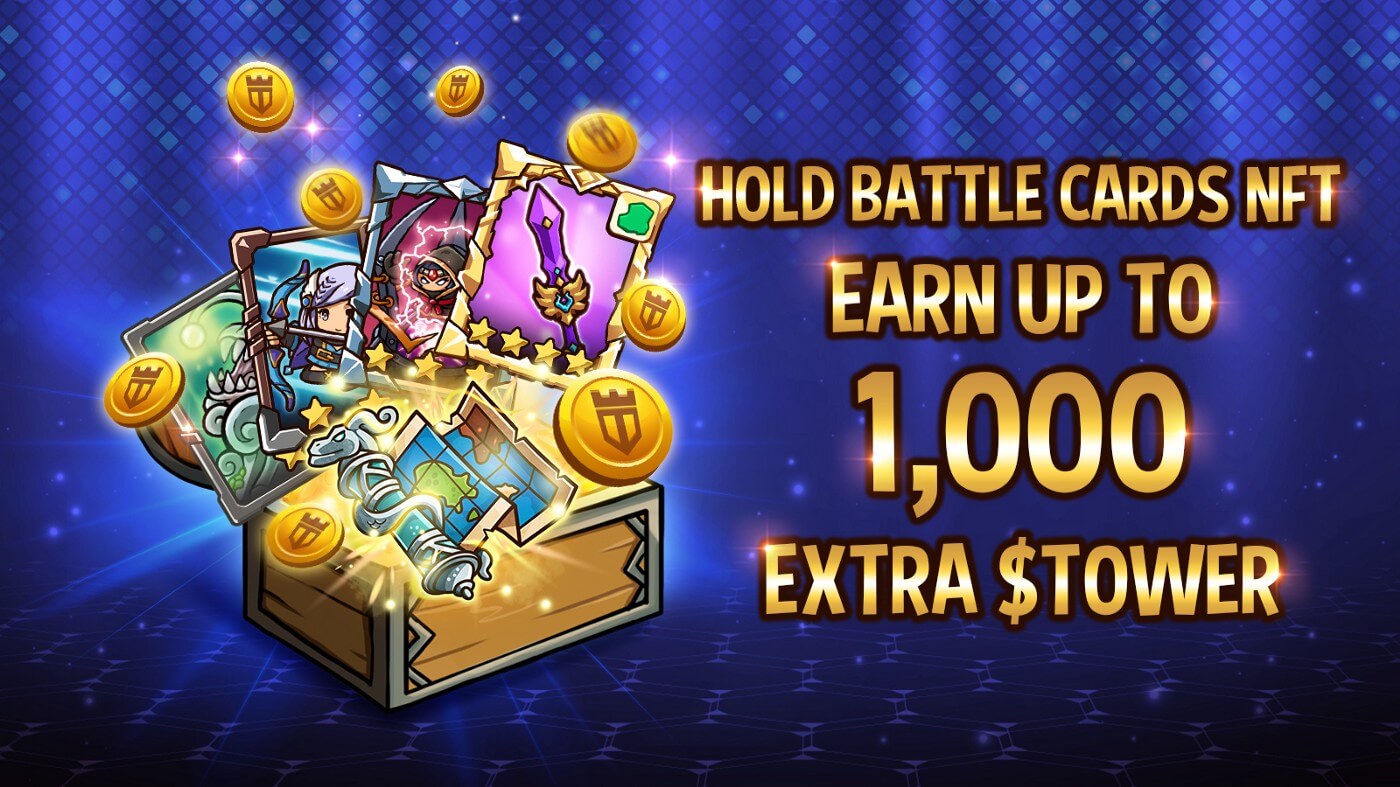 Players must fulfill some criteria during this event to earn the extra rewards, including 1000 TOWER tokens and Badge events. Players will be entitled to rewards of each tier only once per month in this event. Also, you must fulfill all the conditions listed in the reward tiers. The Tower Battle Card status in your account will be automatically scanned between the 1st and 10th of every month. Players must keep the cards in their wallets during this period failing which the event conditions will not be fulfilled.

The rewards have been divided into four tiers – Common, Rare, Epic and Legendary. To qualify for the Common tier, players must hold 1 NFT with any rarity and Daily Star Chest check-in for 7 days. Similarly, for the Rare tier, players must hold 2 NFTs with at least 1 rare NFT, an avatar XP gain of 315K to 450K, and daily-star chest check-in for 14 days. The common, rare, epic and legendary tower earnings are 100, 200, 300, and 400+ Completion Badge, respectively. The rewards and conditions for all the tiers are given below:

How to buy a Tower Battle Card?

Players will not be able to participate in this event if they don’t have Tower Battle Card NFTs that come with a floor price of 0.01 ETH. To buy this card, head over to the OpenSea marketplace. The TOWER battle cards will allow you to earn extra $TOWER rewards besides XP gain and daily chest events. A tower battle card NFT can be used only once for redeeming the prizes of a tier for a specific month. If a player owns 1 Epic and 2 common NFTs, then the Epic card will be used to redeem Rare Tier prizes. But, the same card cannot be used to fulfill the rarity requirement of other tiers.

What is the $TOWER Token?

The $Tower token is the utility token of Crazy Defense Heroes built on the Ethereum blockchain. The ERC-20 token is used for all the transactions of the TOWER ecosystem. Holders of the TOWER token can use it to purchase NFT assets in Crazy Defense Hero games, get special access to events and tournaments and also participate in governance decisions. The total supply of TOWER tokens is fixed at 10 billion. The token can be earned by playing games in the Crazy Defense franchise, from daily star chest rewards, and by participating in other events like this one hosted from time to time.

To learn more about the game, read our Crazy Defense Heroes review and guide.