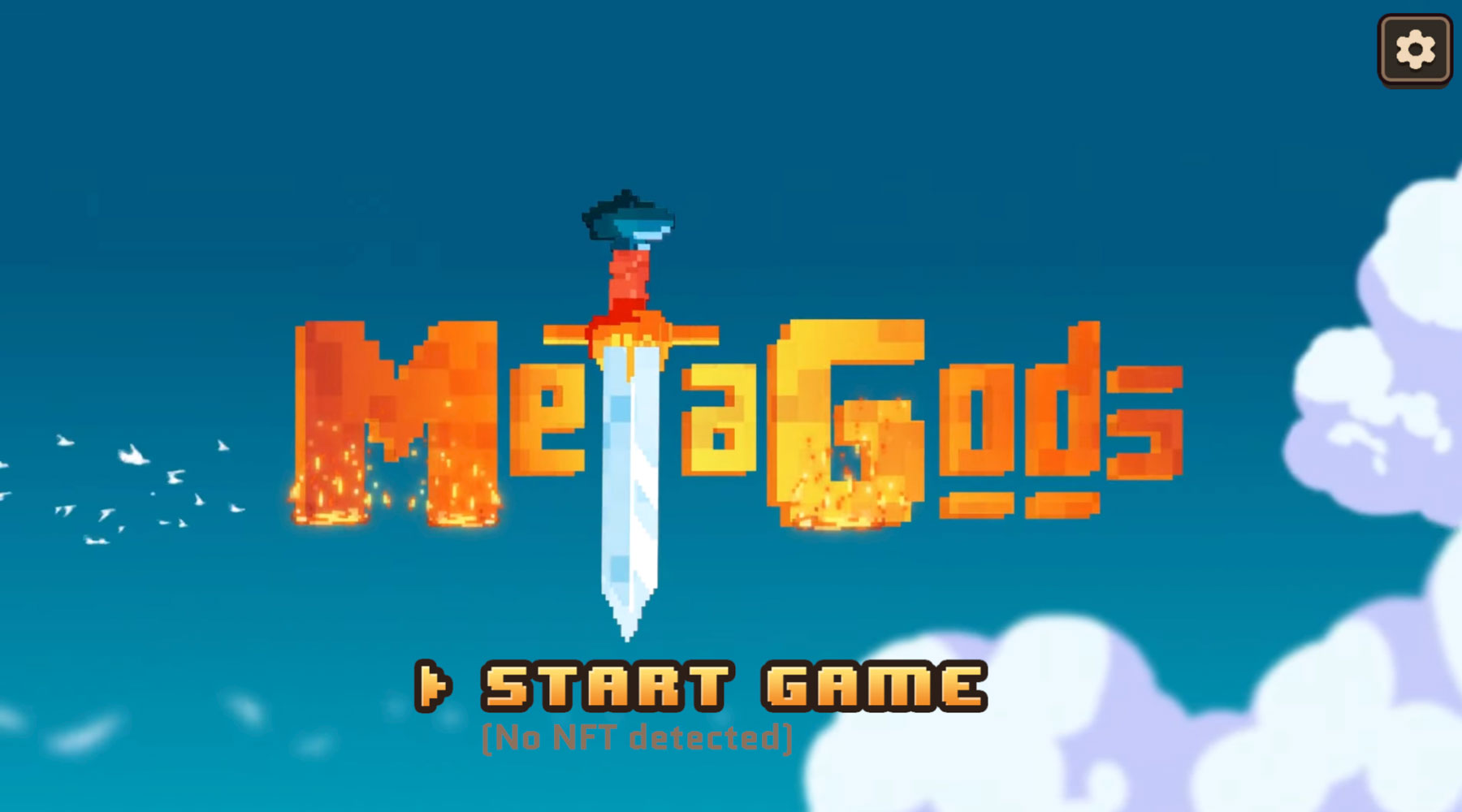 MetaGods, the upcoming play-to-earn action RPG, has just released its Alpha version. Anyone can try it out by just providing an email address and connecting a wallet to the game’s website. Although the gameplay in this early alpha is rather limited, it gives us a little taste of what is to come for MetaGods.

Anyone can try the alpha version of the game by visiting the MetaGods official website. Pressing the “Play Alpha” button will pop up a window where you need to enter your email address. Next, you must connect your Metamask or Wallet Connect to the website. Finally, you will be able to play the Alpha version.

In this alpha release, you will start the game by entering the town of Ambrosia, the game’s lobby. After that, players can select any Dungeon to play in. The game has a top-down perspective and small characters. Small monster-like snakes will attack you, and you must defend yourself by shooting at the monsters. Finally, you will face a Medusa boss that you have to defeat.

There are several places to visit in the town of Ambrosia, including a Bank, Blacksmith, Altar, Tavern, Clan Hall, Fishing docks, and Portal. These features are not yet live, but here are the details of what is to come.

MetaGods is a blockchain dungeon crawler game developed by a team of people from well-known gaming studios such as Animoca Brands, Activation, Playstation, and Nintendo.

MetaGods is an 8-bit-styled game, which will please the nostalgic gamers and also make it available on lower specs setups. In the game, players will be searching for NFT loot by exploring dungeons and fighting monsters. Players can play alone or in a group and win token rewards for completing challenging levels.

In the game, players become demigods and battle with powerful deities. Each character in MetaGods is a randomly generated NFT character known as MetaHero. These NFT characters are equipped with weapons and armory and can be used by players to fight against the enemy.

The game offers several modes: Hardcore mode, Casual Mode, Singleplayer mode, and Multiplayer raids. Currently, three character classes are available to play, and each has a distinct play style. In the casual mode, players can stake their tokens and earn passive rewards and XP. Additionally, players can use their skills to defeat the enemy by participating in endless battles and earning token-based rewards, including $RELIC tokens.

Both accounts and characters level up in the game, and there is a leaderboard for top players. Passive income can be generated if you own land. There are 35 dungeons in the game with 3500 plots of LAND. The Land owners will have exclusive access to special events and governance decisions.

The MetaGods DApp allows players to earn $MGOD token through the staking platforms. Three staking platforms are available – $MGOD Single Token Staking, MGOD-BUSD Liquidity Pool, and MGOD-WARS Cross Staking. Guilds are the basic building blocks of social gameFi in MetaGods. Players can form guilds to participate in exciting events and earn more rewards. You can also compete against other guilds in PvP tournaments and get to the top of the leaderboard.

MetaGods uses a dual token economy for the stable growth of the platform. The governance token of the game is $MGOD, and the in-game currency is $RELIC. $MGOD can be used to buy adventure packs containing characters, weapons, and equipment. It also gives access to raids, tournaments, and special events. In addition, players can vote on governance decisions using the $MGOD token. On the other hand, the $RELIC token is used for repairing items, buying items, and entering regular dungeons.

The game runs on BNB Chain, and the developers are planning to integrate Solana as the second blockchain of the game. This will enable cross-chain gameplay in MetaGods in the future.