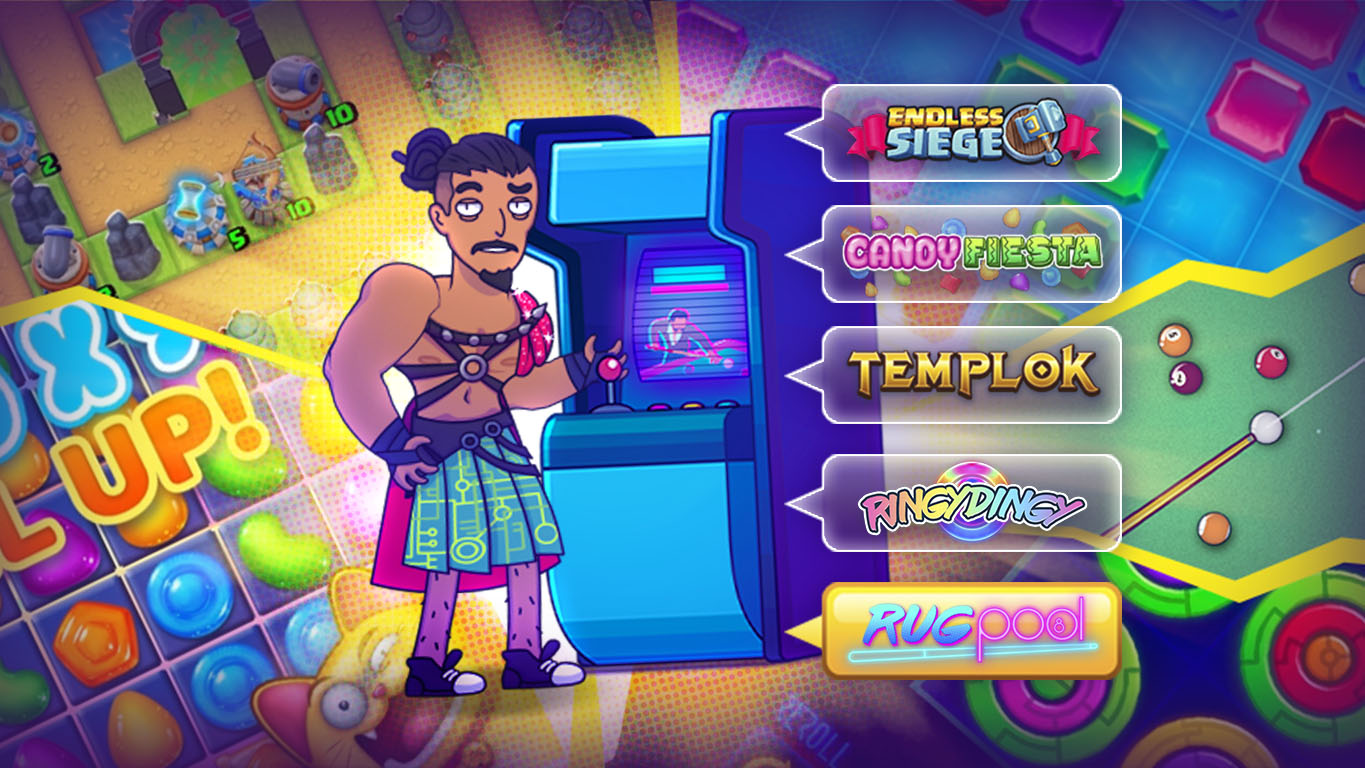 Clashdome has been around in the WAX gaming scene for quite some time. But with a growing selection of games and a developing avatar ecosystem overlay, Clashdome is slowly building a bigger name for itself. The mobile scene is ripe for play and earn games, though blockchain games seem to have trouble pushing into the space in a significant way. Perhaps Clashdome can change that dynamic?

Clashdome began as a couple of simple games where players could pay an entry fee in WAX for a chance to place on the leaderboard and win a prize. Since then, it has grown quite a bit, introduced Citizen Avatars, and developed a more robust play to earn economy.

Still hosting free-to-play games, and chances to win LUDIO tokens, Clashdome now offers an enhanced experience for those who own Citizens. This includes increased earning potential as well as a customizable avatar and apartment.

Clashdome now runs five, mobile-friendly games, each with play-to-earn potential. There is Endless Siege, a tower defense game, Candy Fiesta, a candy-themed match 3 game, Templok, a block-fitting puzzle game, Ringy Dingy, a kind of layered tic-tac-toe, and their latest, Rug Pool, a time-based pool competition. Every one of these games is played in a duel fashion. When starting a game, players are matched up with someone of equivalent skill ranking. Both players play the same game with the same random seed, so everyone starts on equal footing. After both matches end, the player with the highest score wins LUDIO tokens.

Citizens and Play and Earn Games

Clashdome is free to play, but those with Citizens have increased earning potential. Players can customize their own Citizen with an Amnio tank, or buy a Citizen already made. Citizens earn Ludio when playing games, and can upgrade their apartments to generate Carbz and Jigowatts, the two in-game currencies.

Players use Jigowatts to craft mining machines and extra area slots for their apartments, recharge the batteries for their Holo-Piggy and Vending Machine, or to watch replays from other players (though watching replays of your own matches are free). Carbz are the energy drink for Clashdome. Citizens drink Carbz to restore Stamina so they can work on the Treadmill and claim Ludio from the Holo-Piggy. Carbz are also used to expand apartment slots and to customize the player profile.

Players collect their accumulated rewards from their Holo-bank, spending Energy and Battery power in the process. Those with Citizens can purchase Treadmills and Vending Machines which, when installed in an apartment, produce Carbz and Jigowatts. These tokens can be used in-game or traded on secondary token markets. Players can also equip Citizens with special NFTs that provide game bonuses such as pool cues with longer aiming targets.

Players are automatically entered into a weekly competition with scores based on their win rates in all the games they played that week, weighted more heavily towards the games played more. During the competition, players can earn multipliers towards their LUDIO earnings. This multiplier is based on the player’s current rank, encouraging regular activity. At the end of the week, the top players overall receive special apartment decoration NFTs.

On Monday, August 1st, Clashdome plans to sell custom Arcade Machines. We don’t have the details on this yet. But I would guess that these machines will offer both in-game benefits as well as some extra visual flair.

As for development, in the near future, Clashdome plans to increase the social aspects of their ecosystem, adding a friends list and options for private duels. They also want to build a tournament system, allowing players to create and customize their own competitions. Additional items in the works include an in-game exchange, allowing for easy swapping of the various game tokens, and a staking program where players can lock their tokens for passive rewards.

Longer-term plans include new games, a virtual social hub, Citizen breeding, arcade ownership, and expanding to other blockchains! So if you’re into casual, mobile-friendly games, that can also be play and earn, then Clashdome might be worth checking out! They recently released a whitepaper which you can read here.