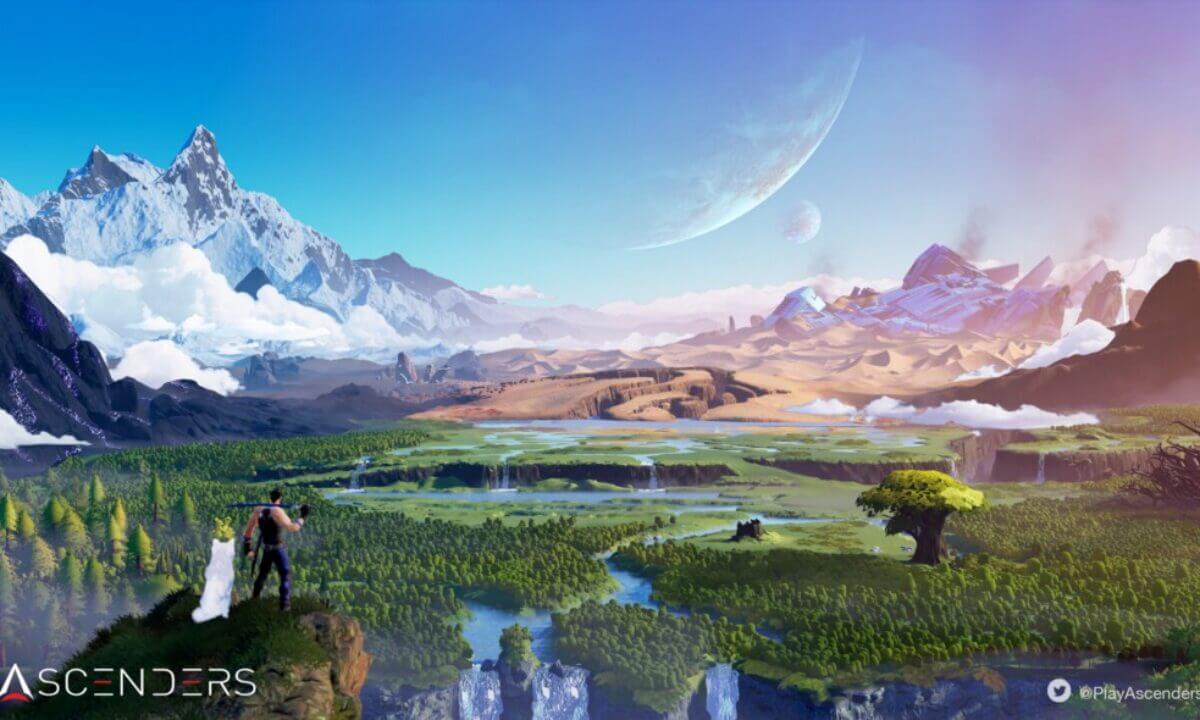 Ascenders, the upcoming open-world action RPG, has unveiled some of the features for NFT lands. They will be key to the Ascenders economy and provide numerous benefits to land owners, such as premium services, a portion of resources mined on their land, and hosting guild halls. The fully decentralized game plans to build a player-driven economy and will run on Avalanche Blockchain. Here is what we know so far.

Land NFTs are small land parcels in the Ascenders world that are close to the Seedships and can be purchased and developed by players. The NFT lands will be available in the marketplace or earned as rewards from tournaments. They provide several utilities to land owners besides being the key component in the economy. All NFT lands are unique and have different terrain and layout. Each plot of land has a distinct topography, including hilly grounds, forests, and plains.

The Battle for Land feature will allow players to venture far into the dangerous areas of the Ascension world and compete for lands. The world of Ascension has untamed dangerous areas that players have not ventured. Players can choose to build an NFT Land in these areas; however, the difficult terrain and presence of enemies will pose a challenge for players. The Battle of Land challenge invites players to participate in the events, compete against global players, and earn an NFT land in these wild areas. The wild NFT lands will be situated far away from the center of the map and contain hidden treasures worth finding.

Benefits of owning a land

Landowners will receive a portion of the resources grown or processed by other players on their land. In addition, owners can use strategic skills to build specific gameplay structures on their land that will cater to many players. For example, it can be a massive guild hall where players can meet together or a travel portal. These developments will increase the passive income of land owners, and they can also gain automatic membership for the guilds built on their land. Landowners will also receive a permanent season pass and early access to special events.

Land owners can create multiple structures on their land by efficiently using a small area of land. The structures are divided into classes based on their use, for example, silos and refineries for gathering, hospitals for services, armorsmiths for weapons, and guildhalls for the community. Owners can choose what to build on their land based on what community of people they are targeting as a customer. Location and type of structure on land play an important role in building a valuable economy. From time to time, owners can upgrade structures, destroy old ones and plan on creating new ones by predicting the market economy.

Ascenders is a a blockchain-based open-world game focused on building a player-driven economy. The game is built on Avalanche blockchain and has a dual-economy system. In addition, it is the first game to make use of Avalanche AVAX subnets. The world of Ascenders is known as Ascension, a large area of diverse landscapes where players can fight, build and explore.

The game has NFTs of weapons, armors, skins, and resources that players can use and trade. A player can choose to be an Explorer, Fighter, or Builder. The game has two worlds Overworld and Dungeons. Players can explore and discover resources or fight with enemies before acquiring land. Ascenders have two in-game tokens, glow gem – the utility token and the Ascenders Governance Council ($AGC) – the governance token.