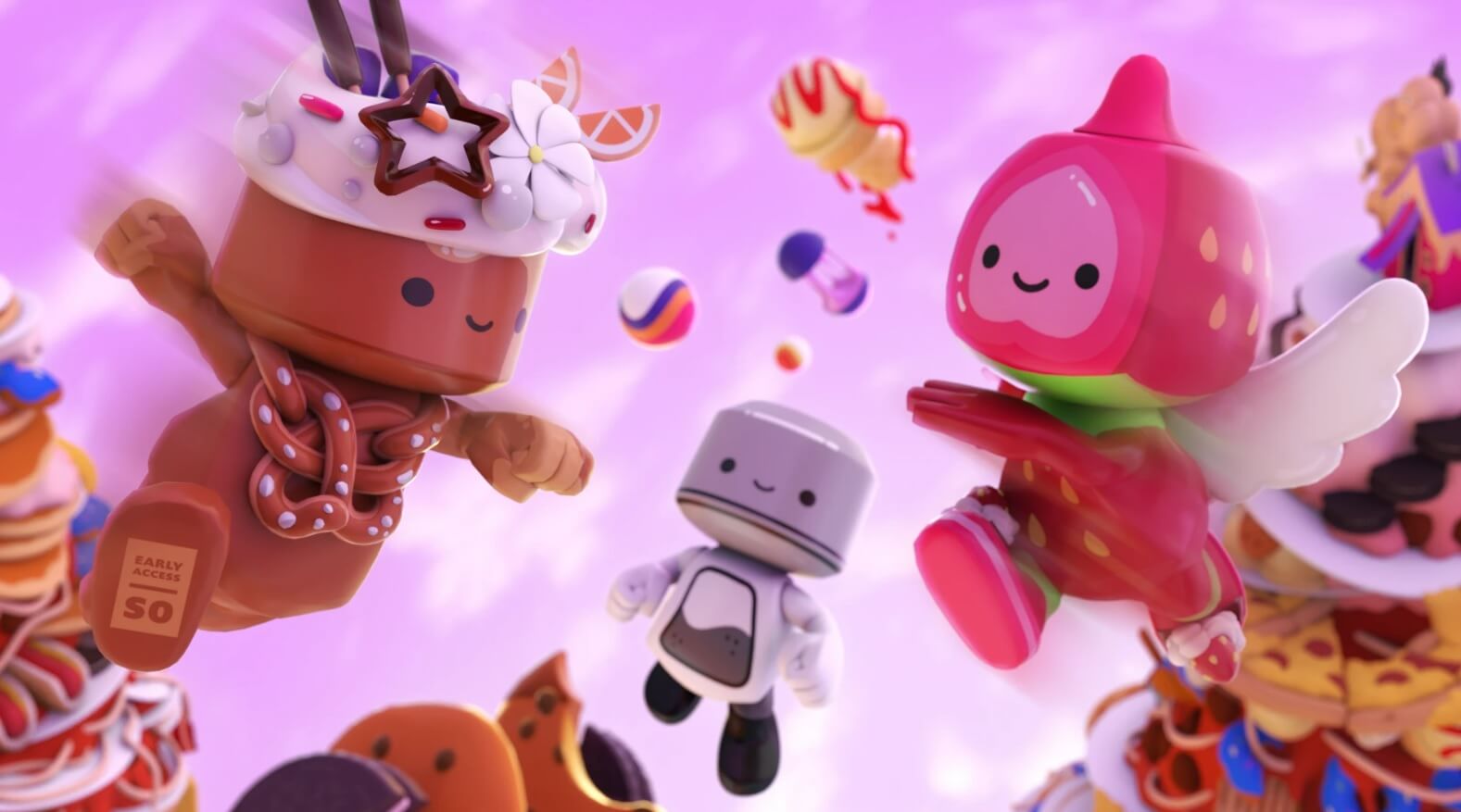 Mythical Games, the publisher of Blankos Block Party, recently announced its launch on the popular Epic Games Store. Quite a milestone for a blockchain game that will put the games in front of millions of players! The developers have also released the early access patch 6 update that offers improved animations, new build props, marketplace upgrades, new pins, and a brand-new Music Info UI.

Mythical Games announced the game’s upcoming launch on Epic Games Store at the NFT.NYC event. Recently Blankos Block Party reached the milestone of 1 million active accounts, following which this announcement was made. This launch would make the game available to over 180 million players on the Epic Games platform, who can easily download and start playing the game.

Epic Games is one of the largest gaming platforms for PC and Mac games and is known for publishing games like Fortnite. The Blankos game on Epic Games Store will be identical to the current version that can be downloaded from the game’s official website. The launch date has not been decided, but during this period, Mythical plans to bring major patch updates to the game that we will be discussing later in the article.

The early access patch 6 updates for Blankos Block Party were recently launched on July 7, 2022, at 10 AM PDT / 17:00 UTC. It includes some new features besides improved animations.

Improved Animations: The developers have improved the game’s animations, such as Drift Jump, Ledge Mount, and Wall Slide, which will offer a better gameplay experience.

Blanko Brawl FTUE: A FTUE for first-time user experience feature has been added to guide new players on how to collect, race, and shoot to become the ultimate Brawl champ. Various tutorials include Vibe Collect Tutorial, Race Tutorial, and Shooter Tutorial. The Race tutorial – Midnight Highway allows players to race on the deserted rundown highway “Midnight Highway track.” The Vibe Tutorial – Good Vibes shows you the importance of vibes and how to obtain them. The Shooter tutorial, on the other hand, helps you train with dummies and turrets in which you can become an expert in shooting by mastering weapons.

New Music Info UI: The new Music Info UI lets the user know when a music track changes in the game through a pop-up. Tons of cool music will play automatically when you join a party.

New Pins: Players earn pins on completing different challenges. Some new pins have been added. You will receive a Forward Motion (Bronze) pin for collecting 10 vibes. You can get a Crowd Controller (Bronze) pin by striking 3 Blankos with 1 swing of the bat. The Runner Up(Silver) pin can be obtained by finishing in the top 50% of players in the final stage of the brawl, Brawl Edictorian(Gold) on completing FTUE, and Dinner Time(Gold) by acquiring first place in Finale Stage of Brawl.

New Build Props: Target Dummies can now be found in the game. You can move the dummies, enable KO count, and be used in PvE environments. Turrets have been added. Turrets are props that will fight back with lethal explosives and can be found anywhere in the game.

Other Updates: The Blanko Bat is upgraded with a 3-swing combo, with each stage offering more damage than the latter. You can now make a ground pound attack and hit them in the air. Your bat can also hit other objects like the beach and danger balls. The Circle Checkpoint has been given a completely redefined look. The physics of the balls in the game has been improved, and now players can experience smooth gameplay by kicking balls or hitting them with a bat.

To learn more about the project check out our video review below and read our Blankos Block Party review and guide.