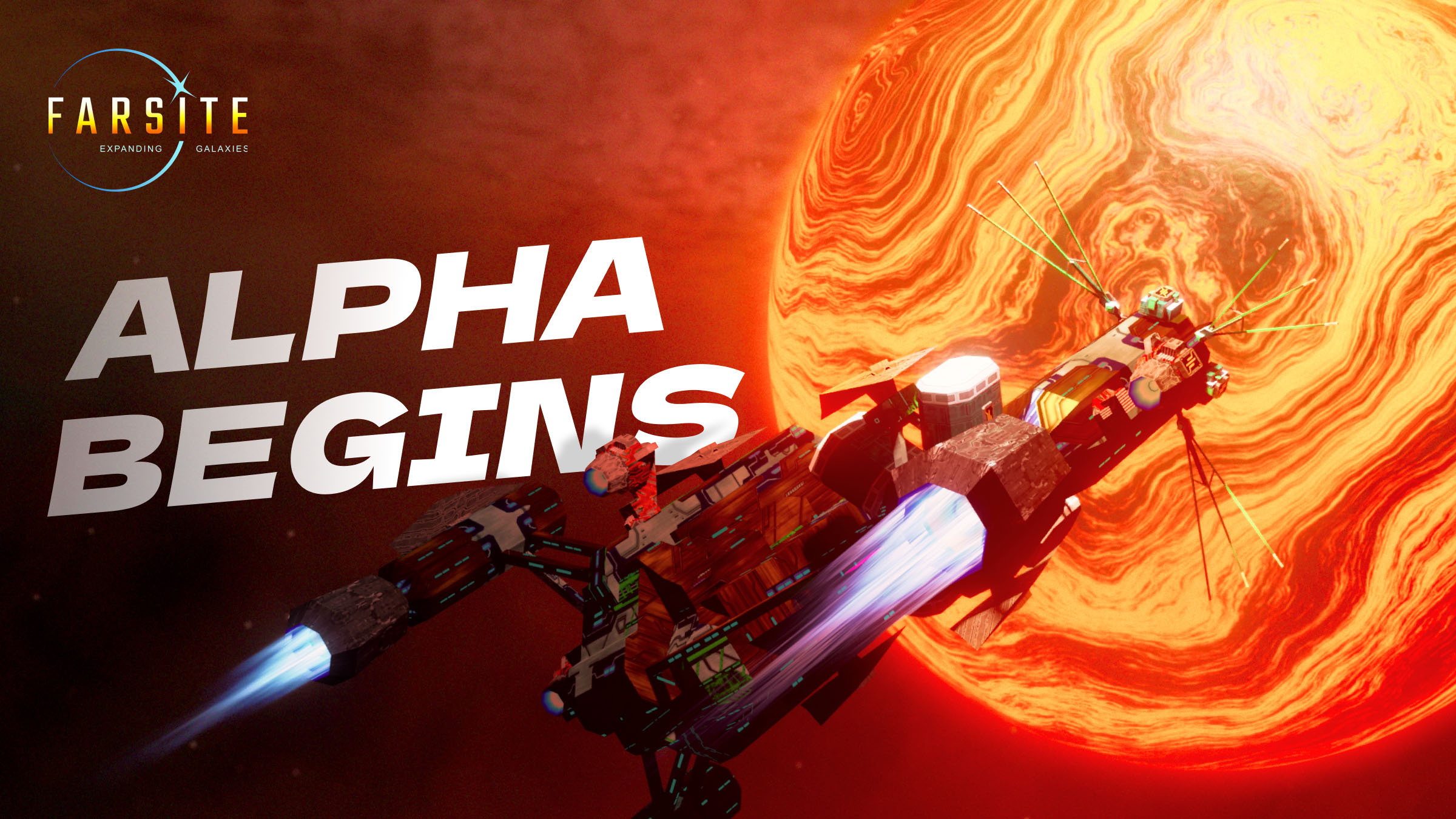 The much anticipated open alpha for Farsite launched on July 7th, 2022. But not with the frenzy of activity that many had expected. Though several new features were added to the game, including asteroid mining, as well as Component and Module crafting, there are some unfortunate limitations that make this release not as exiting as it could be.

Farsite, the massive multiplayer game about empires in space, has been steadily adding new components to their alpha. The latest release brings us asteroid/comet mining, factory production, and an opening of the game to the public.

To celebrate the alpha launch, Farsite is offering crates for a 30% discount until July 21st. Also, all crates purchased and opened during this time have five times (5x) as many Credits as normal.

With all of this, and being free to play, Farsite was expected to launch into open alpha with a bang. Unfortunately, it kind of limped out of the gate. Instead of intrepid miners soaring out of the starbases in search of valuable resources and factories across the systems gearing up production and preparing for ship construction, we have a lot of players discovering that there is nothing for them to do!

Open space mining should be the catalyst that brings free-to-play players flocking to the game and joining Academies. Unfortunately, only a small selection of players can mine. Those who have both a mining laser and a radar. A lot of players earned a free mining laser from their publicity campaign that included airdrops of game items. But radars are very limited. If you didn’t get one from opening a crate, then you’re mostly out of luck. Only 148 of them exist on Open Sea, and of those, only two are for sale. So, unless you found a radar in a crate, or are willing to shell out $1000, then there will be no mining for you!

What about player production? Well, unfortunately, Modules require Components. And Components, unlike Modules, don’t exist as NFTs. They are only in-game, and the current in-game marketplace does not support trading them! So, the only players who can actually produce Radar Modules are those who can make their own Components AND Modules. And to be fair, those that are producing Radar Modules are pricing them in the 0.1 to 0.2 ETH range. But they get snapped up quickly, and are sometimes immediately relisted at a higher price!

This bottleneck will clear up eventually, but it sure is an awkward way to open up your game to the masses. Especially when asteroid mining is the only free-to-play option available! There is some relief in sight. The Farsite team has decided to change one of the items it was going to airdrop to early adopters and supporters into a Radar Module. This new, untradeable module is scheduled to drop on July 14th. This coincides with the release of new planet Sectors for sale.

The first thing most existing players will notice when logging into the alpha is that their storage space is now limited. It can be increased for a monthly cost in Credits, but the free storage is probably not enough for anyone who has been mining their Sector(s) for a while. And though factory production has opened, the limited marketplace results in very low demand for most materials. With players dumping reserve stocks on the market to make space, prices for all resources are severely depressed across the board.

A second edition of the in-game marketplace is in the works, though we don’t have a release date. This version should include the ability to trade Components and Modules in-game.

Farsite still has a lot of potential. If they can get the rest of the economic pieces in place quickly they have a chance to recover. Unfortunately, as it is right now, the game feels broken for new players. And that is not a good look!

Farsite boasts an interesting feature called Credit-backed NFTs, or cNFTs. Every Ship and Module is a cNFT, backed by a certain number of game Credits. At any time, players may burn cNFTs to destroy the NFT and receive the Credits. This feature guarantees that every cNFT always has a minimum value and provides a useful burn mechanic for excess NFTs.

The game is currently in open, pre-alpha. Pre-alpha is PvP-free, allowing players to accumulate Resources and build up infrastructure before conflict descends upon the galaxy.

What is an NFT Game? Learn more about NFT and Crypto Gaming
YouTube Video UCBsOl5vtP6Ut-md5FAL0m5Q__ouFy5FfKU4