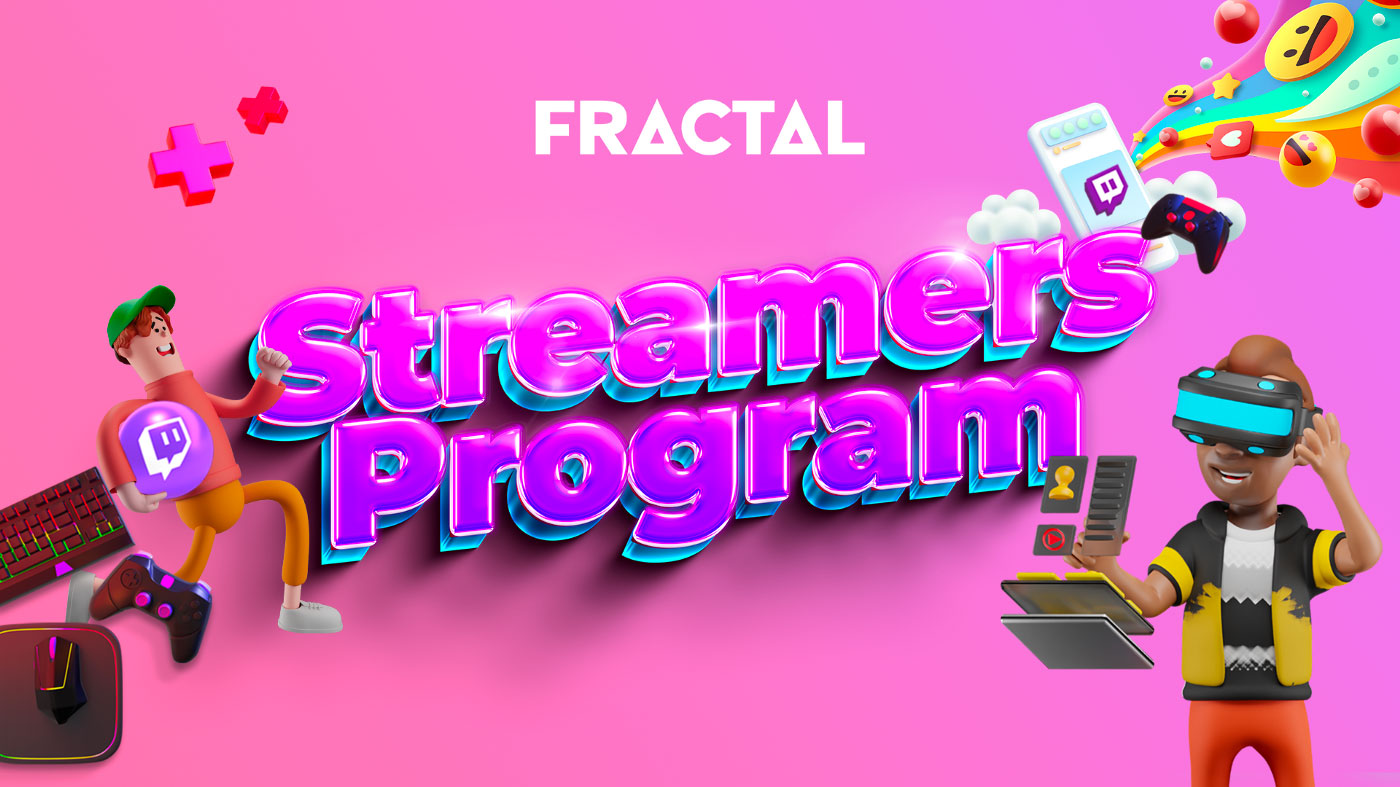 On a quest to amass more play-to-earn enthusiasts, Fractal is introducing their official Streamers program. Participants can earn free NFTs and exposure to alpha stage games in exchange for promoting Fractal on their streams.

Fractal has always placed a strong emphasis on streaming, and all of their most recent tournaments have been streamed on Twitch, which seems like an obvious choice given that Fractal is presented by Twitch co-founder Justin Kan.

Streamers on the program will get a personalized Fractal Streamer badge overlay, meet and playtest Fractal Launchpad games with devs before launch, participate in exclusive streamers-only tournaments, and be invited to the Fractal Alpha Server.

The team also announced streamers might receive free NFTs and trophies along the way. More details are likely to be announced in the coming days on Fractal’s Medium and Discord.

The first cohort will end on the 10th of July. The Fractal team is currently looking to partner with 15-20 Twitch Streamers on an ongoing basis.

A second cohort will surely be announced after this, but we’re not aware of the exact dates.

To apply, send a DM @fractalwagmi on Twitter with a link to your Twitch channel. The only requirements are:

What Kind of Games You Need To Play

Fractal currently supports a plethora of new games, and their partners include some of the most reputable games in the industry, such as The Harvest and Neoland.

The platform seems to have a focus on FPS titles, as over 50% of the games on the trending leaderboard include shooting mechanics. Ev.io is the most popular FPS title, but the upcoming EFAS tournament might shift the balance.

The #1 ranking project is “Tiny Colony”, a pixelated ecosystem built on the Solana blockchain, encompassing various game modes, events, and experiences; including the first-ever Construction and Management Simulation Blockchain Game.

It’s important to note most Fractal-sponsored games are still in early-stage and might be unstable. You should consider how your audience will respond to pre-alpha gameplay footage.

The team didn’t clearly specify any particular bonus inside their games, which means you might be restricted to playing free games only if you’re not willing to invest. We can’t seem to find an indication on whether they will offer you a free NFT for games that require one to play.

It’s worth mentioning most games on Fractal right now are in the pre-alpha stage, and might present a less than optimal lobbying or multiplayer experience.

Before committing to streaming Fractal Games for a large number of hours per month, as well as including the banner on all other streams, consider interacting with their community more to see if it piques your interest!

Fractal is an open NFT marketplace for buying, discovering, and selling NFTs on the Solana network. It helps create an ecosystem where game companies list NFT drops and game assets for players to buy. Players can search for NFTs, buy them, and resell too. The Fractal Marketplace is positioning itself as the first primary marketplace for Solana gaming NFTs.

Fractal has already partnered with several projects, including House of Sparta, Tiny Colony, Yaku Corp, Cinder, Nekoverse, Metawana, MetaOps, and Psyker. Every mint that Fractal has launched is sold out, and the mint with Tiny Colony sold over $2M of NFTs.

The main aim of Fractal is to create a marketplace dedicated to game-related NFTs and provide top-notch transparency and security through the blockchain. It also aims to reduce dependence on existing game marketplaces and pave the way to disrupt the current ecosystem.

In April 2022, Fractal raised over $35m in funding to lead the GameFi expansion.