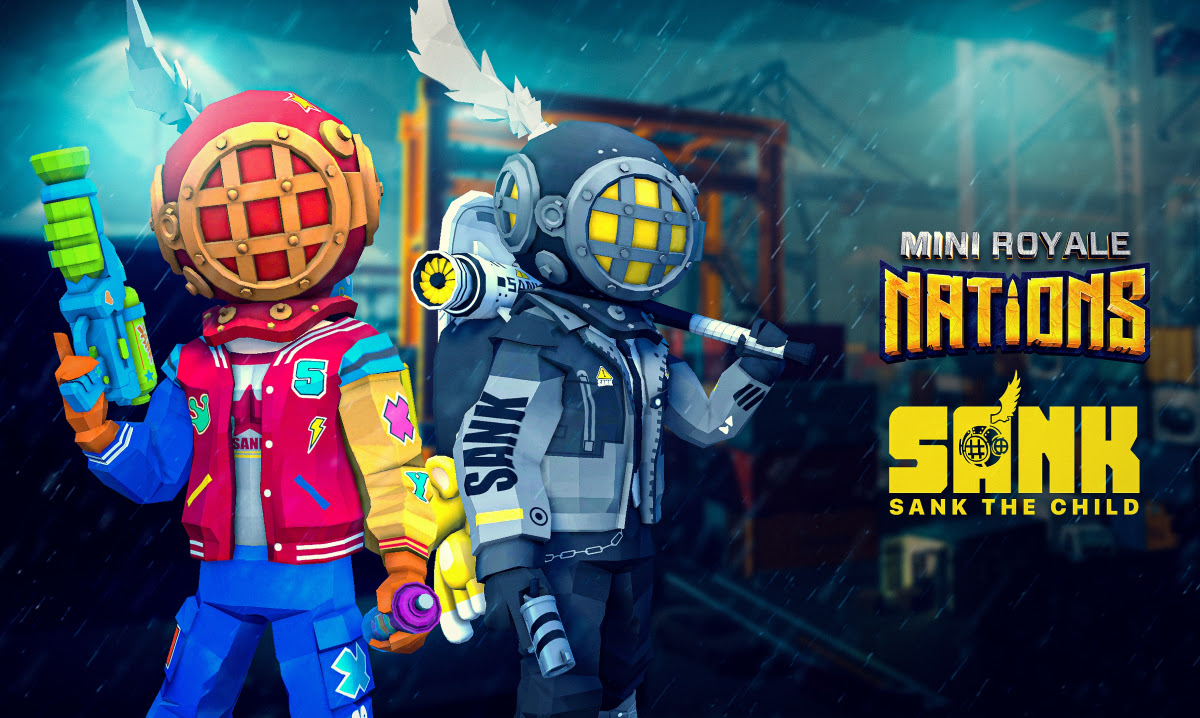 The latest NFT release from Mini Royale, a nautical-themed selection of costumes and items, was designed in partnership with Sank Toys, a real-life collectible creator. With only 3,888 items up for grabs, this collection quickly sold out. And with special airdrops, as well as access to an exclusive event that offers limited edition Sank Loot prizes, it’s understandable that these NFTs were in high demand.

Mini Royale, a web-based FPS shooter integrated with the Solana blockchain, has been building on their game over each ‘Season’. Having just completed Season 2, Mini Royale kicks off Season 3 with a bang. Or maybe a bubble? Their collaboration with the real-life collectible maker, Sank Toys, brings specially themed avatar characters to the game — with a few bonuses as well.

These generative, avatar skins / NFTs offer more than just a stylish look in Mini Royale. Players who hold Sank Heroes also receive Season 3 Premium Hero NFTs. For every pair of Sank Hero + Loot Collection item (from any season), the holder will be airdropped a Premium NFT. And just to be clear, that means you need one each of a Sank Hero and a Loot item. If you have multiples of both, you receive multiple airdropped NFTs.

Sank Hero holders also have access to a special Scavenger Hunt. This Hunt begins on July 7th and runs for six weeks. Prizes from the Scavenger Hunt include special Sank Loot that cannot be acquired otherwise! After the first four weeks, players will be able to earn the legendary Skull & Bones Character skin, and the legendary Sank Super Soaker weapon.

This multi-week adventure features extra special rewards for the first three players who finish the complete quest and send their Sank Super Soaker reward to the Sank Lab Wallet. They receive a special 1 of 3, legendary, unique variation of the weapon, as well as prizes in USDC ($500, $300, and $200 based on placement).

The mint price for this collection was 1.5 SOL. And, at the moment, you can find a few below the mint price on the secondary markets.

What is Mini Royale: Nations?

With the full title of Mini Royale: Nations, you might guess that this is something more than just a first-person shooter game. And you would be right! The Mini Royale whitepaper states that the team plans to build a land control strategy game that sits underneath the FPS game. Exactly how this will work is unclear, but it seems that land will be used for crafting, and landowners earn fees from players using their land. They also talk of public land, usable by anyone.

Apparently, there will be a staking game tied to land control (this is different than ownership). Players who stake the most guns to land can win control. Those with land control of the land, receive up to 50% of the earned fees! As for the token economy, the team plans for no less than seven different currencies. And while only two will be on-chain, it feels a little much for an FPS game. Though, I guess once land gameplay is implemented, the number of tokens will make more sense.

As for the FPS game itself, it’s team-based, features up to 5 players on a side, and has several different game modes such as Battle Royale, Capture the Flag, and Team Deathmatch. The game is free to play, though those who hold certain Premium NFTs level up faster and receive other benefits. PvP matches are generally action-packed. The maps are relatively small and spawn camping is sometimes a thing.

Players earn character experience, gain battle pass points, and level up their items by playing the game. Along the way, they also earn special weapons and avatar skins. Players can mint some of the skins to the blockchain as NFTs. Mini-Royale only accepts the Phantom wallet for wallet connections.

Bruno, our in-house video reviewer, recently sat down and took a look at Mini Royale: Nations.