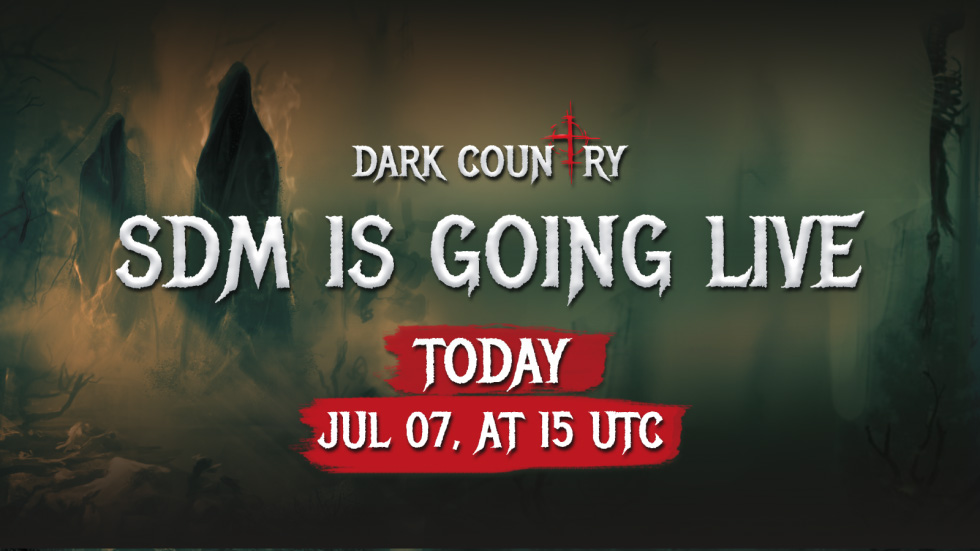 After months of testing, Dark Country goes live with its new play to earn economy. Based around Shadow Dimes (SDM), game tokens that already exist on the WAX and FLOW blockchains, players can earn by playing the Dark Country card game and by participating in the new, land-based gameplay.

It’s been over a year since Dark Country first sold Land NFTs and announced their plans to build a greater ecosystem around their western-horror, collectible card game. They have been testing the land gameplay for some time now, and at long last, the first version is live and online! This release brings a new play and earn era to Dark Country. Players and landowners alike can earn Shadow Dimes for playing the card game and engaging with the land gameplay.

There are two basic ways to earn Shadow Dimes in Dark Country. One is by playing the collectible card game. The other is by through land interaction. Landowners have an Influence rating in Dark Country. Influence determines how many SDM tokens landowners receive in daily payouts. Influence is deflationary, decreasing daily. Landowners can lower their deflation rate by staking large quantities of Shadow Dimes in the Bank.

Landowners gain Influence through sponsoring Quests. These Quests are passive. Landowners set a rarity level for the Quest, and a payout in SDM tokens. Players assemble a team consisting of one hero (must be quest level rarity or higher) and a team of 40 cards — NFTs from the Dark Country card game. They assign this team to the Quest and earn Shadow Dimes when it completes. Quests take 24 hours to finish, though each card added to the team decreases the quest timer based on the card rarity.

In return for this service, landowners earn Influence for each completed Quest on their land. In addition to Quest payouts, landowners also use Shadow Dimes to upgrade their buildings. At the moment, land gameplay is limited. Though the team plans to add more layers to the economy in future releases.

All NFTs must be staked to the land game before they can be used in any land gameplay. This includes lands, heroes, and other cards.

Dark Country is a collectible, trading card game built on the WAX blockchain. It brings a different theme to the world of card games, with cowboys, guns, demons, magic, and undead minions! Dark Country plays like other TCGs you might be familiar with such as MTG, Hearthstone, and Gods Unchained. Players spend mana, play cards from their hand, and try to reduce the opponent’s health to zero.

Dark Country is free to play. The game provides a set of starter cards for everyone to play with. Players can also use their own NFT cards to build decks. Dark Country features play-to-earn options via regular tournaments, special Play the Pros events, and by staking Hero cards on the Dark Country website.