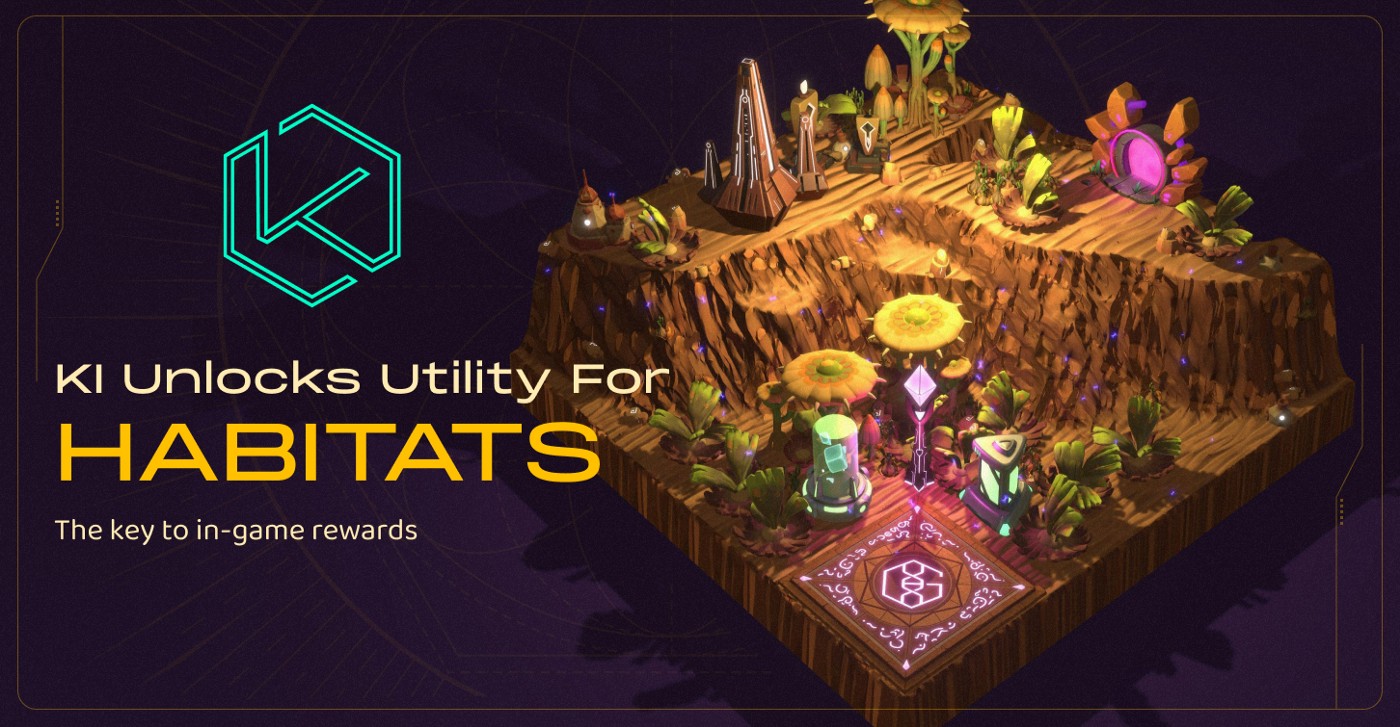 With the seed sale for Genopet’s KI token complete, and an airdrop soon to those staking GENE tokens, it’s time to take a look at this game token and see what it’s all about.

Genopets runs with two tokens, GENE, and KI. While GENE can be staked and includes future governance perks, KI is the primary game utility token. Genopets ran a seed sale for their KI token just a few weeks ago. They sold 20 million tokens using a dynamic pricing model. This model causes the token price to drop when no one is buying, and then increase when the buying activity kicks in again. The end result of the sale saw KI tokens priced at just over 10 cents (USD) each.

In addition to this token sale, Genopets plans to airdrop an additional 20 million KI to everyone who staked GENE tokens before June 18th. This airdrop should begin sometime soon and will be a slow, steady trickle rather than a standard drop. Vested out over 90 days, stakers receive KI tokens in proportion to their staking weight (calculated from the number of tokens staked and the staking period length).

The KI token has no fixed supply. Aside from the initial tokens generated from the seed sale, liquidity pool, and airdrop, players create KI tokens in-game by converting Energy from their daily walks. Players convert their Energy to KI with Habitats. Players can choose a waiting period when converting of up to 14 days. This is kind of like a vesting period and allows the player to earn a better conversion rate. The conversion rate is pretty low overall. At the best rate, 1 Energy converts into 0.02 KI tokens.

Of course, the problem with constant token printing is inflation. To combat this, Genopets includes a number of use cases for KI. Any sort of upgrade, improvement, or enhancement to Genopets and Habitats requires KI tokens. Players are also limited in how much KI they can generate based on their Habitat level. A level one non-Genesis Habitat is capped at a daily limit of 30 KI, while a level three Genesis Habitat can harvest up to 80 KI per day. Players can also connect several Habitats to increase this limit.

And though the team is trying hard to make sure their economic model is sound prior to release, it’s likely that some adjustments will be made along the way.

KI token is the utility token for Genopets and the gateway to pretty much every activity in the game aside from the basic Energy generation.

Players use KI tokens with Unrefined Crystals in their Habitats to create Refined Crystals. Those without Habitats will have to rent from owners in order to convert Crystals. Creating a Refined Crystal costs 10 KI tokens. These Crystals are used for Habitat repairs, to modify Genopets, or combined to create recipes. We don’t know a lot about these recipes yet, but the Genopets team claims there are over 70 of them. Some examples given to us include Chroma Crystals, Light Crystals, Potions, Equipment, and Food!

Level 3 Habitats allow their owners to spawn Terraform Seeds. These Seeds are needed for the creation of new Habitats, which also use KI tokens. Anywhere from 1,800 KI to 10,000 KI based on the Grade of the Terraform Seed.

Genopets is a free-to-play, “move to earn” game built on the Solana blockchain. Genopets uses data tracked by a smartphone or fitness wearable to level up a Genopet NFT. Players summon their pet and quest in the Genoverse exploring hidden lands, finding loot, crafting items, and battling with other players.

The play-to-earn economy of Genopets consists of four primary elements:

Habitats are NFTs players can purchase on the markets or craft in-game, and the main gateway into play to earn. Each Habitat holds one Genopet. Habitats generate Crystals and KI tokens passively, while also increasing the experience your Genopet earns. Players must maintain their Habitats or production stops.

Players can generate income from leveling up Genopets and selling them. Or they can build a habitat and sell the Crystals and KI tokens produced. The GENE token exists on both Solana and Binance blockchains. Genopets is currently in private beta and adding new players on a regular basis. They also opened up a staking program for their GENE token.