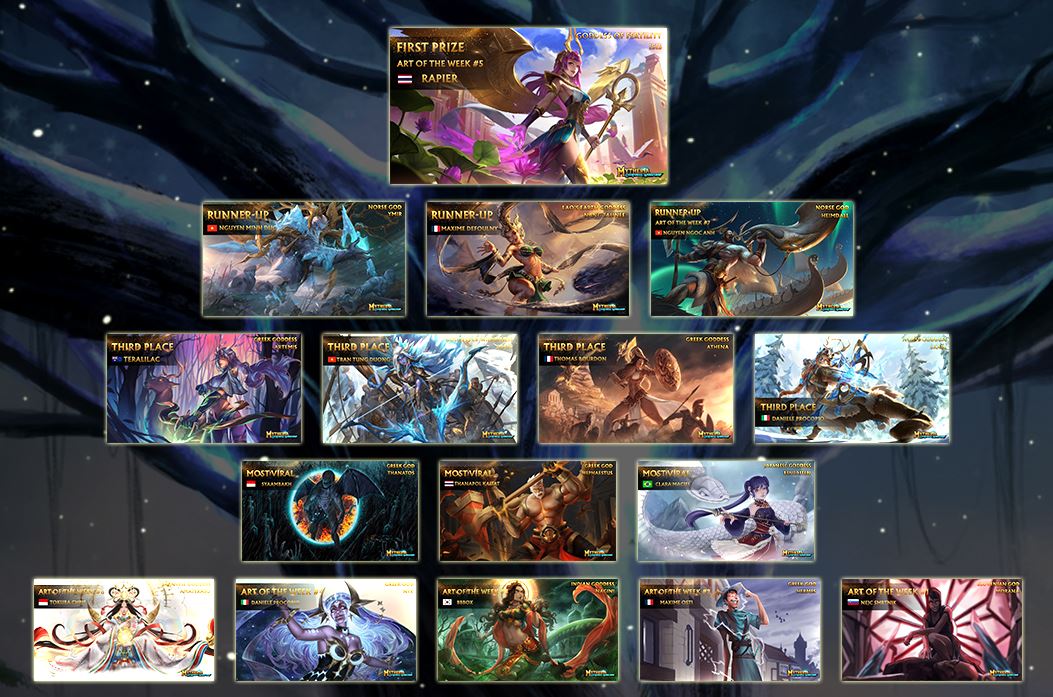 Mytheria, a collectible, deck-building, trading card game on Binance Chain, plans to bring some new features to players over the next month. This includes a new round of token staking, a web game, and an open beta with play-and-earn opportunities! Running on Binance Chain, Mytheria prepares to bring its play-to-earn, TCG game to the general public in late June.

Mytheria is a fantasy, deck-building game with NFTs. Players build a deck, fight their opponent, and try to emerge victorious. The objective is to destroy two of your opponent’s three towers. The game provides a starter deck for those without NFTs, offering a free-to-play avenue for new players.

The game is currently available for download on Android devices and free to play. On June 28th, the Mytheria open beta begins. The open beta allows players to build custom decks from their own NFTs and participate in play-to-earn events.

In Mytheria cards on the board are placed into lanes. However, cards can be moved between lanes freely during the preparation phase. Units feature the basic stats — mana cost, attack, and health. In addition to regular minions, each player also has a God card that can be upgraded with new abilities.

Mytheria follows a pretty standard mana unlocking system. Players gain 1 maximum mana each turn, up to six. And then at the beginning of a turn, everyone’s mana bars are refreshed. For each turn, both players play cards from their hands, move their units around on the game board, and then close with a round of automatic combat. During combat, cards on the table attack whatever is directly across from them. If a card’s health is reduced to zero, it is removed from the game.

Mytheria does have a unique feature where players can convert one unspent mana into a Shard each turn. Then those Shards are used to upgrade the God card. Gods have several special abilities that trigger by investing enough Shards into them.

Token Staking and Other Mytheria Events

The final staking program for MYRA, the Mytheria token, just began and is open until July 20th. Any tokens staked in phase four remain locked until October. But with a relatively small contribution pool, and a token pool of 2.2 million MYRA tokens, the percentage rate returns are currently pretty crazy.

In addition, some sort of web game is coming to Mytheria soon. They call it “Web Gacha” and it seems to involve completing daily tasks to level up. As players level up, they receive rewards, including game NFTs. There will be a ‘free NFT claim’ on June 28th, but it’s unclear if this NFT is needed for the game or is something else entirely. Web Gacha was supposed to launch on the 20th, but we’re still waiting on an update from the team for a status update.

The team also plans to feature frequent Mytheria tournaments and challenges throughout July, with prizes for the top finishers.

Create to Earn with the GodForge

Mytheria features a rather unique create-to-earn opportunity for artists. Anyone can use the God Forge to create their own artwork. This can be a custom skin for an existing card, or even a brand new card. Artists can then sell their artworks on the in-game marketplace. And, with a community vote, possibly even be included in the official game!

Mytheria recently held a contest for imagining new Gods. The contest awarded more than $10,000 to the top 20 creations! So this is definitely something to keep an eye on if you’re a fantasy artist!