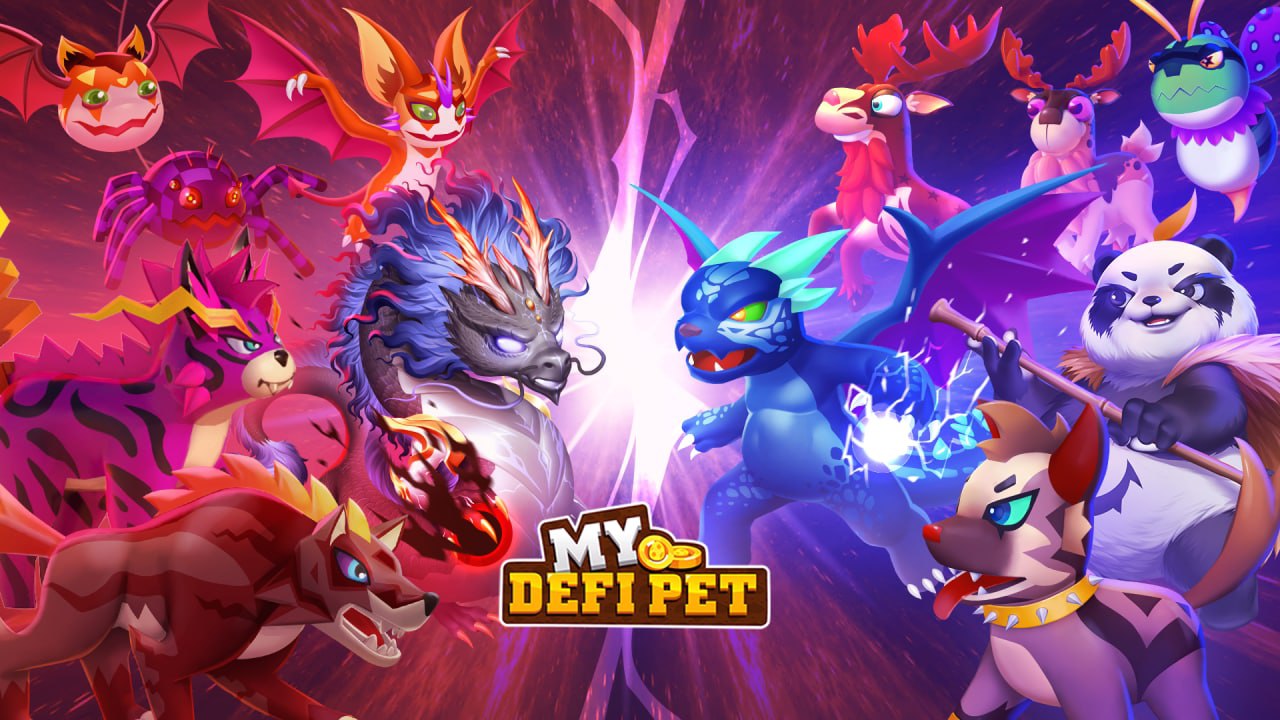 After hitting its first year anniversary and running a series of celebratory events, My Defi Pet is ready to ramp things up with version 2, bringing several changes to this creature raising game. A new version for Pets, a new marketplace, and perhaps more? An AMA on June 21st will hopefully provide some additional answers.

Coming with the new version of My Defi Pet are V2 Pets. These Pets have updated appearances, and increased stats. This is a bit of a letdown for all those V1 Pets, as they will suddenly find themselves less wanted. But there is a ray of hope, however small. Any Pets that are level 20 before the snapshot on July 7th, will have the option of upgrading to V2 versions. All others will forever remain V1 Pets.

Each evolution costs 5 DPET tokens and will burn the original NFT while minting a new one for you Unfortunately, raising a Pet to level 20 is a monumental task, requiring over 2 million food!

For anyone who wants a V1 Pet, the time for buying eggs and breeding V1 Pets will close soon. The team plans to disable both features for V1 Pets on June 21st, at 1am UTC. Sometime after version one Pet production shuts down, players can purchase V2 eggs. Version one Pets are still usable in-game, though V2 pets will be stronger.

Since the appearances for Pets will be different between the versions, it will be interesting to see if any V1 Pets hold, or even increase in value, simply due to aesthetics and/or sentimentality.

The team also announced the launch of a new marketplace. Which is a little strange, as its not really their marketplace. It’s just their section on a third-party, off-site market. And while the interface and responsiveness is vastly improved, their announcement made it seem a much more exciting feature.

For those with unanswered questions (and there are plenty!), the team plans to hold on AMA on Telegram on June 21st, at 8am UTC.

What is My Defi Pet?

My Defi Pet is a pet simulation game, released in spring of 2021. The game runs on Binance Smart Chain and KardiaChain with cross-blockchain tradable NFTs. Players hatch and breed pets, who earn Silver. Pay Silver to plant crops, and feed your pets so they level up and grow stronger. Pets come in various rarities and are associated with certain elements. At higher levels, players can can bind elemental soul stones to their Pets, increasing their power and sometimes providing additional bonuses.

Seasonal Boss battles allow players to send in their pets and earn potions, which can be exchanged for DPET tokens. Buying eggs, breeding Pets, and evolving a Pet past level 10, all require DPET tokens. My Defi Pet plans to include PvP in the form of arena combat, but that feature is not yet implemented.

My Defi Pet recently opened DAO voting, allowing token holders to vote on various game issues and plans. So far, this has included extending lockup periods for some vested tokens, increasing the cost of hatching new eggs, and even deciding to implement the option of allowing V1 Pets to upgrade!