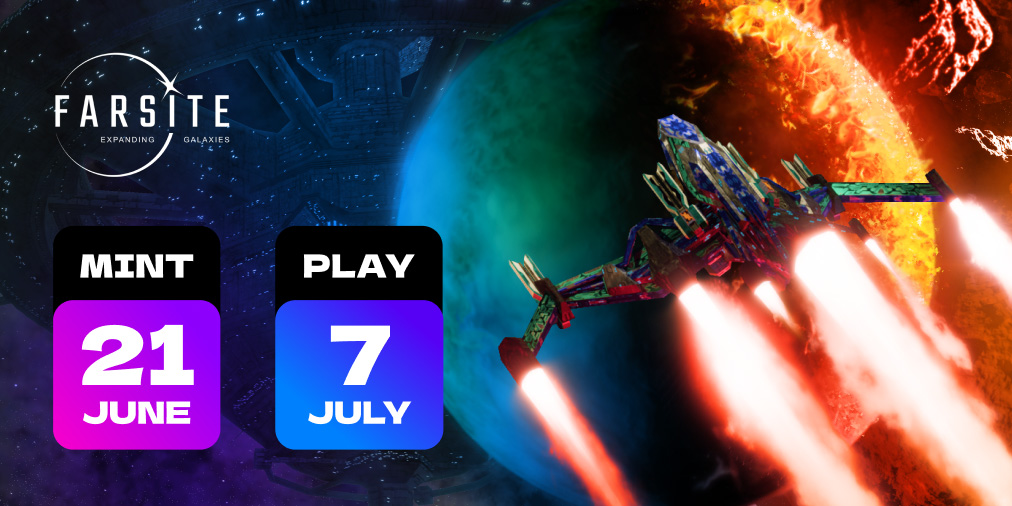 With the pilot academies opened, and the alpha release arriving soon, Farsite makes plans to open up a new sale for Alpha crates. The addition of asteroid mining is expected to bring an influx of new players to the game. And some of those might want to have a ship of their own rather than beginning the game as a renter!

On the 21st of June, 2022, at 1pm UTC, the Farsite store will open up for a limited time, Alpha crate sale. We don’t know the crate prices yet, but I imagine it will be somewhat similar to their last Alpha crate sale. We also don’t know how many crates will be available. The official announcement says there will be “a tiny drop of new Crates”. So, interpret that as you will!

Alpha crates contain ships and modules, as well as blueprints for both. Crates come in three sizes, Io, Dione, and Club, each with increasingly better contents. The higher level crates also have more guaranteed contents. For example, the Club create is guaranteed to contain a tier 3 original ship blueprint, two module blueprints, a ship hull that is either epic (if small), or rare (if medium), or better! But that’s not it. There will also be a grade 3 module, an alpha series module, a components pack for building a ship, and a bag of Credits!

All the blueprints found in the Alpha crates are the only original blueprints. Any blueprints made in game are considered copies, with limited uses. Also, in some of these crates are Alpha Series Modules. Which, as you might have guessed, are only available in Alpha crates. And finally, the Dione and Club level crates have a chance to contain a legendary Sacura Ship Hull.

As additional incentive, anyone who is a member in a Pilot Academy receives a 10% bonus to the Credits they receive from crates. Meanwhile, the Academy Owners get a 5% kickback from the ETH their Scholars spend in the store.

Farsite is in kind of a weird place right now. There really isn’t much to do except generate resources that are mostly unwanted. There is even less to do if you aren’t a sector owner. But that all changes with the upcoming alpha, slated for release on July 7th. The first release includes asteroids and comets for miners. Players will be able to fly their own ships, or rent one as a Scholar for a percentage of their haul. They can then fly around, scan for likely targets, mine for resources, and then sell those on the marketplace.

It’s not clear if we’ll have this functionality right when alpha starts, but ship and module production completes the production cycle and drives demand for all those minerals and resources. Then we’ll have space miners and land miners generating basic resources. Refineries turn some of these into more complex resources. Factories assemble components and modules from resources. And finally, shipyards construct ships from modules and resources. Oh, and those mining facilities and refineries and factories and shipyards are also constructed by players!

Or something like that. There is actually a lot of complexity to the economy when you dig into it. And once all of the parts are in place, it will be interesting to see it in motion and figure out where my lonely mining Sector and small squad of ships can best fit in.

Farsite boasts an interesting feature called Credit-backed NFTs, or cNFTs. Every Ship and Module is a cNFT, backed by a certain number of game Credits. At any time, players may burn cNFTs to destroy the NFT and receive the Credits. This feature guarantees that every cNFT always has a minimum value and provides a useful burn mechanic for excess NFTs.

The game is currently in pre-alpha, with alpha scheduled to start in early July 2022. Pre-alpha is PvP free. This allows players to accumulate Resources and build up infrastructure before conflict is unleashed upon the galaxy.