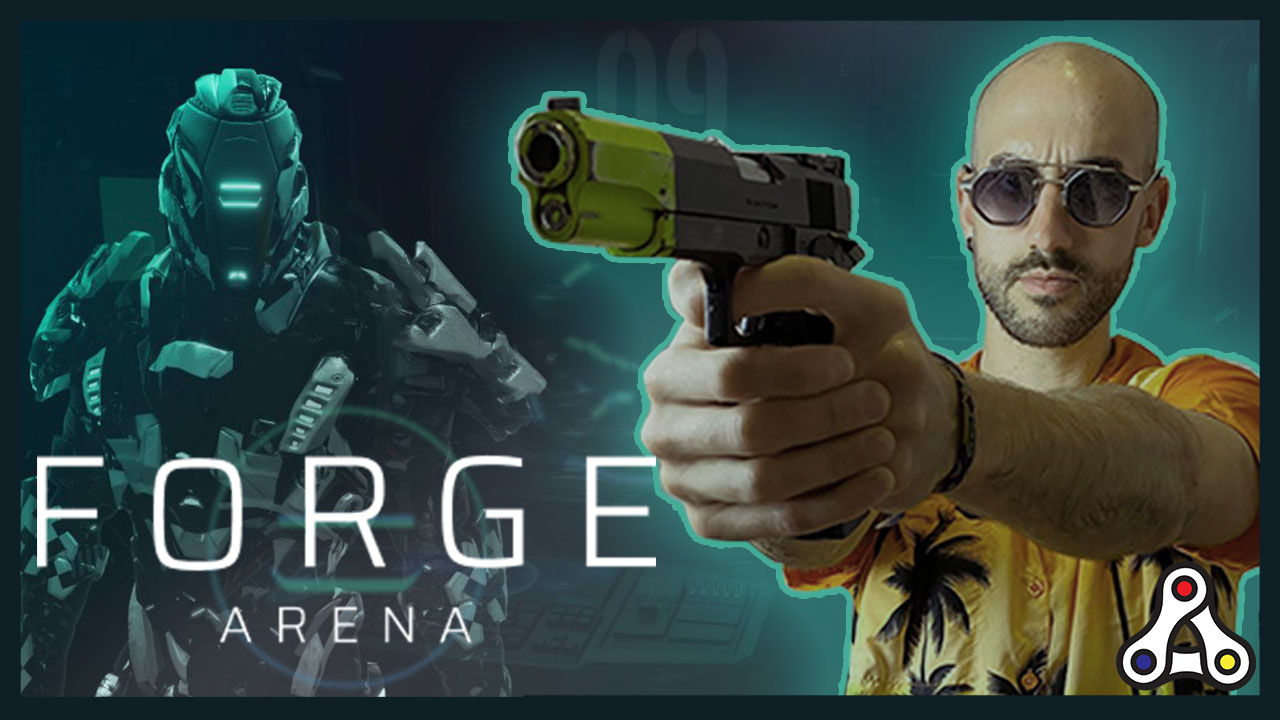 The battle for the FPS blockchain space heats up as The Forge: Arena opens up the first phase of its play to earn beta economy to the closed beta testers. Dubbed the Genesis 1.4.0 update, it includes not only the option to earn SCRAP tokens, but also new weapon skins, map, and game improvements, and an option for trading up weapon skins into rarer weapon cases.

Though the beta is only open to holders of Gen-E capsules, Forge: Arena implements the first phase of their play to earn economy with the launch of the SCRAP token. Players earn SCRAP by playing Forge: Arena in Hybrid Competitive Mode or Team Deathmatch. Team Deathmatch is accessed in-game, but joining Hybrid mode requires linking up through Discord and signing up for games there. It’s a bit awkward. Hopefully, the team will incorporate this feature into the game interface in the near future.

SCRAP is used to trade up weapon skins, and in the future, will power the NFT Generators when they are released. The game also features several other tokens, though not all are live. Players earn SOUL for kills, BOUNTY from missions and special game objectives, and SPARKS through loot boxes and special giveaways. SPARKS are required for the NFT Generator and to purchase skins on the in-game market. SPARKS will also be swappable with GENCOIN, the game’s governance token on the WAX blockchain. GENCOIN, SOUL, and BOUNTY are not yet released.

With an open, free-to-play beta on the horizon. The Forge: Arena might be one to keep an eye on.

In the Forge: Arena store, players can spend Sparks to acquire weapon cases. There are currently three varieties available, each with its own selection of weapon skins inside. They are Hunstman, Community, and Green Rabbit. Cases hold one random skin. For those who collect a lot of weapon skins, Forge: Arena recently introduced their trade-up system, allowing players to burn 10 NFTs of one rarity to receive a weapon case of the next highest rarity. IE, trade-up 10 common skins for a rare case with one weapon skin inside.

Aside from weapon skins, The Forge: Arena also features two special NFTs. The first, Gen-Zero NFTs, provide many benefits to the owners. Holders of Gen-Zero NFTs have access to the closed beta, priority access to new features, automatic whitelisting for all future drops, 1 free NFT from every future drop, and a free weapon case for every new case release! In addition, holders have already received a free Ascendance Capsule, and shares from an airdrop of 100,000 SPARK tokens. But that’s not all! On the roadmap are NFT Generators where players can create unique, 1-of-1 weapon skins using BOUNTY, SOUL, and SCRAP tokens. Not bad for one NFT! Gen-Zero NFTs are only available on secondary markets

Limited to 11,111 in total, Ascendance Capsules are still for sale on the main site ($150 in WAX, though they are cheaper on secondary markets). Each capsule contains two NFTs, a weapon skin unique to the Capsules, and a Tournament Badge. Tournament Badges provide access to special tournaments and can be staked to earn SPARK tokens. The team also promises other perks and future airdrops for holders of the Badges.

And to top it all off, here is Bruno with our very own video review of The Forge: Arena!