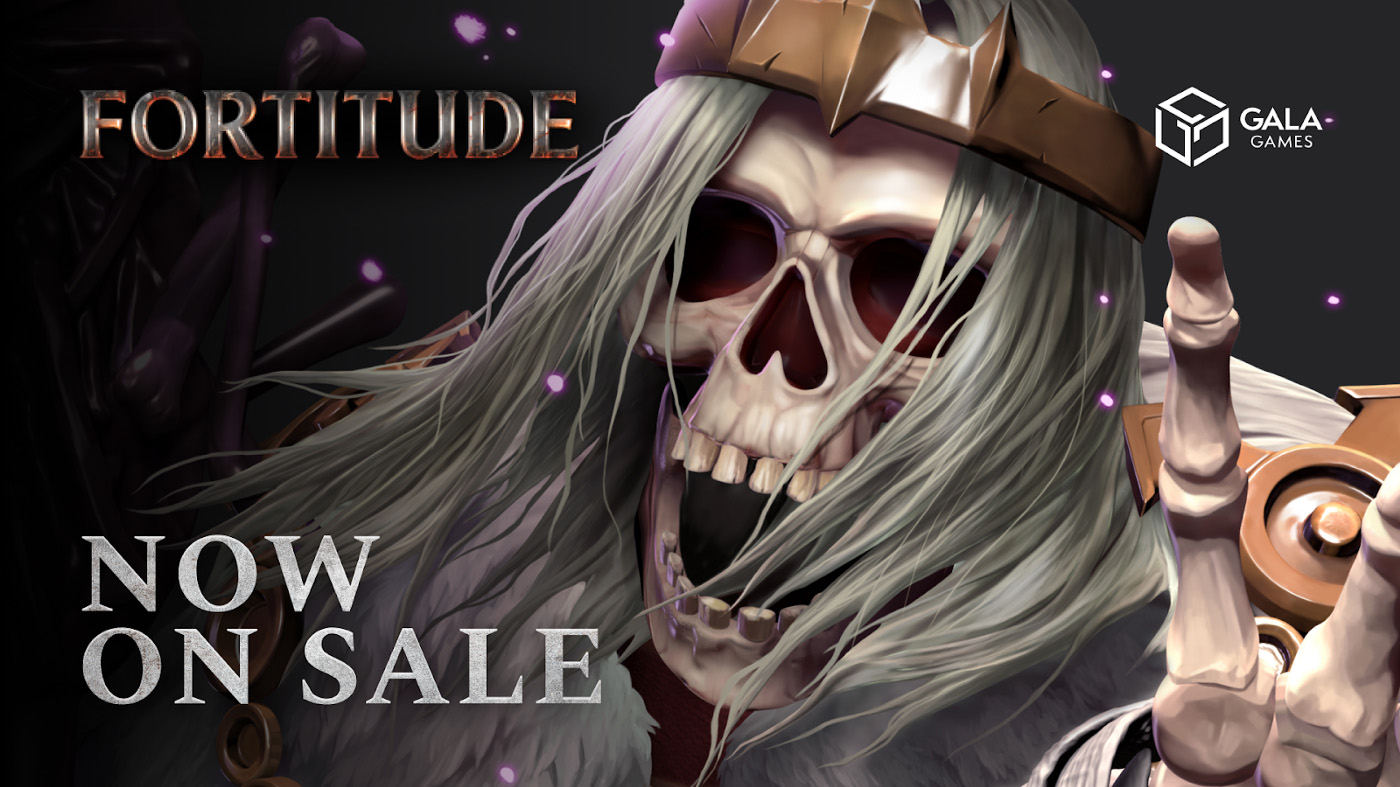 Fortitude, a dark fantasy, city-building, tower defense game with PvP, announced its first Clan sale. Built on the Gala Games ecosystem, Fortitude Clans offer players a chance to work together and earn tokens. Whitelisted sales have been open for various Gala groups all this week, but now the sale is open to the public.

Fortitude, formerly known as Fortified, was accepted into the Gala Games ecosystem over a year ago. But it seems a release of some sort is coming soon, as rumors of a playable demo at Galaverse spread, and the team announces their first Clan Sale. Clans are what you might imagine. Sometimes known as guilds or other names. Basically, a group of people who play together. Clans in Fortitude offer bonuses to their players and have some limitations on size.

The Clan sale is live now, open to all. There are a limited number of Clan tokens available now. The team promises that more will be for sale later, though it may not be until after the game launch. So those who want to get a start on day one will probably want to pick up a Clan NFT or find a Clan to join.

As a special bonus, players who purchase a Clan token directly from the Gala Games Store before June 10th, 5 pm Malta time, and keep it in their wallet, will receive a free airdrop based on the rarity of the purchased Clan. Uncommon Clans receive a level one Siege Tower, Rare Clans a level one Fire Tower, Epic Clans a level one Ice Tower, and Legendary Clans get a Fire and an Ice Tower, both level one.

Fortitude seems to follow the standard town-building tower defense format. Build workers and fighters, upgrade buildings, harvest resources, fend off attacks, and raid other bases. However, this one also features PvP. Not only do players build up defenses for their town, but they also create soldiers and heroes to raid other villages for resources. I’ve seen it compared to Clash of Clans, so I’ll assume it works in a similar manner. Players queue up for PvP and are matched with someone of equal (or near) level. Players then duel each other with resources as the prize. The game will include Clan battles, where players team up with Clan members to fight a rival team. Sounds fun!

Clans are NFTs that allow owners to assume the title of King and recruit other Lords to join their Clan. The Clan NFT’s rarity determines the number of Lords that can join, though every Clan also has the opportunity to level up at a cost of Fortitude tokens. Leveling up a Clan increases its Lord capacity. Members of Clan can earn Fortitude tokens by playing, from which the King receives a percentage.

Players earn Fortitude tokens by completing missions. Every week, they receive three missions to work on. Completing these missions earns rewards points for what sounds like a ranked leaderboard. It’s unclear whether players outside of Clans can earn tokens, and if only the top ranks of the leaderboards will receive any rewards. There are also Crowns, won through battles. Crowns determine a player’s league and their bonus multiplier.

The game will offer a free-to-play mode, but unless you own NFTs or are part of a Clan, you won’t earn any tokens. Rumor has it that a playtest will be opened next week!