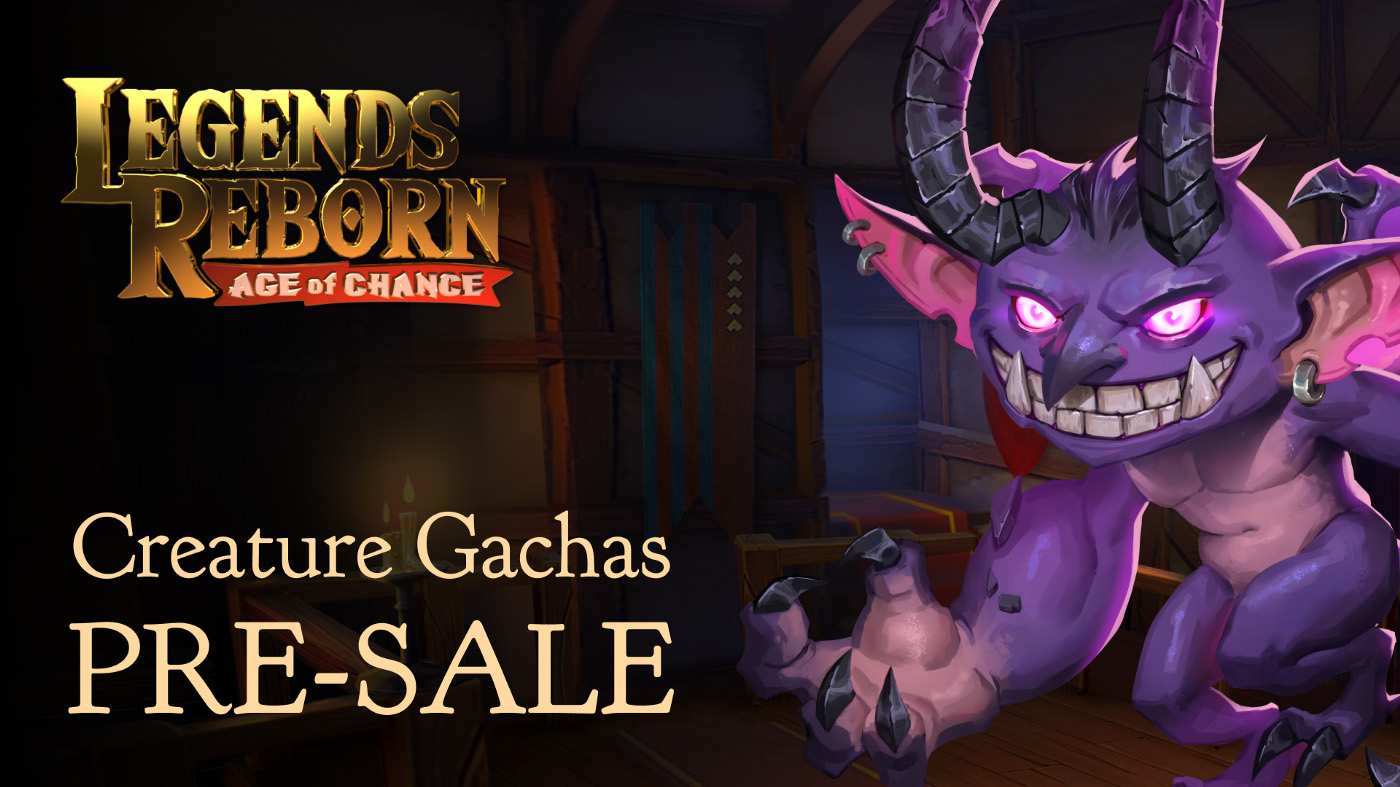 We took a look at the Legends Reborn open alpha demo not too long ago. Now this rather unique game that is somewhat of a cross between a traditional, collectible, card game, and a creature battler, brings us their first Creature sale. Creatures are the main component of the game, so you really can’t play without them.

The Creatures for Legends Reborn come in packs called Ritual Stones. For this sale, there are two types pf packs — basic and elite. Each pack contains three items. Inside of the Elite packs are three Creatures of either Epic, Legendary, or Ancient rarity. Basic packs can have Creatures of Common, Uncommon, Rare, or Epic rarity. However, there is also a small chance that in one of the Creature slots in a basic pack might be an Elite Ritual Stone pack! Which would be a pretty nice prize!

Elite Stones are on sale already, with a new batch being added every 24 hours and the same growing whitelist we’ve seen with other sales from Gala this week. The whitelist first includes Galaverse attendees, followed by Founder’s Node License Holders, then Gala Gold members. Prices for these packs start at $1000 then increase to $1500 and $200 as each additional section of whitelisters are added. Presumably some of these packs will be available to the general public at a later point.

And, also following suit with the other Gala sales, this is not a cheap purchase. Since each pack contains three items, you’ll be paying anywhere from $100 to $666 per Creature!

Creatures are the main component in Legends Reborn. Players assemble decks using five Creatures, each with their own selection of Action Cards. Creatures of higher rarity begin life with Action Cards already. But, all of the lesser Creatures have to earn them by leveling up in-game. Creatures have a maximum level of 60, and open up to six Card Slots as they level up.

Players build decks out of Creature cards and Action cards. Each Creature can have as many Action cards attached to it as it has slots. Normally, Action Cards are an in-game item only. But, with a Scroll of Minting, players can tokenize their Action Cards into NFTs and sell them on the marketplace!

What is Legends Reborn?

Legends Reborn is a collectible card game in development on the Gala Games ecosystem. Players enter the arena with a squad of creatures and battle to the death versus their opponent.

Players own land in Legends Reborn in the form of Venues, and earn a percentage of the rewards generated through matches on their plots. We don’t have a lot of details about the larger game mechanics such as play-to-earn, game items as NFTs, or how Venues fit into the gameplay. But what we have now, even with this limited alpha, is definitely worth a look. Legends Reborn brings some unique mechanics to the table and has the potential to build itself into a very interesting game.