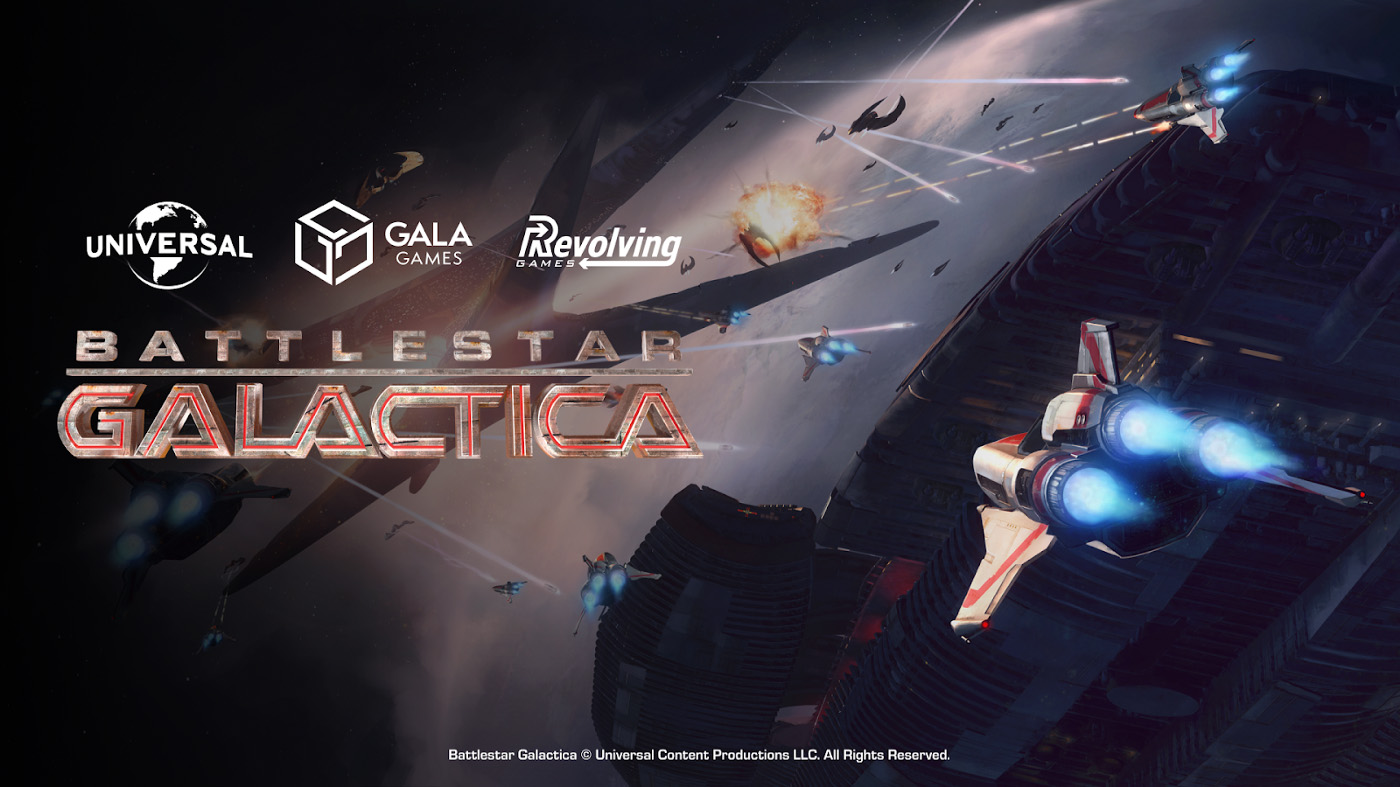 Space themed games are popping up everywhere in the blockchain space these days. But none of them have the IP rights to a well known sci-fi series. Until now!

Battlestar Galactica, the game, has already joined the Gala Games ecosystem under the pseudonym “Project Saturn”. Set in the Battlestar Galactica universe, about 40 years after the first Cylon War, the future seems grim. Humanity has spread across the stars but nearly been wiped out due to the war. Now, players must take control of a group of survivors and work to rebuild humanity’s place in the cosmos.

The Game Known as Battlestar Galactica

Battlestar Galactica is a 4x multiplayer strategy game. Players control ships, bases, and heroes in an attempt to expand their area of influence and defeat enemy threats. Fortify your base, research technology, build ships, recruit heroes — all to show that you are the one to lead humanity back from the brink!

The game takes place in cycles, with each new cycle seeing all players rebuilding from the ruins after devastating attacks by the Cylons. Players begin the game near one of the ruined Twelve Colonies. They then must harvest resources, rebuild their base, and expand their territory. But no one can do it all alone. Working together with other players will be an important key to success. Certain important Cylon bases will be marked as season goals. Defeating these targets requires the efforts and coordination of many players, and perhaps even many alliances of players!

Each season will feature individual and alliance leaderboards to show who has done the most to repel the threats and build a safe place for humans.To keep things fresh, the team promises that the results of the resets at the end of the seasons will be slightly different, forcing players to adapt and change their strategies.

We don’t know which parts of the game will be minted as NFTs, nor what the rewards might be for the leaderboards. But I would expect to see a token of some sort, and NFTs for the main components of the game — ships, heroes, and bases.

A company called Revolving Games is building Battlestar Galactica. The only website for the game at the moment is the basic page on the Gala Games site. But, they did just open up their own Discord server, where we will hopefully receive more information soon.