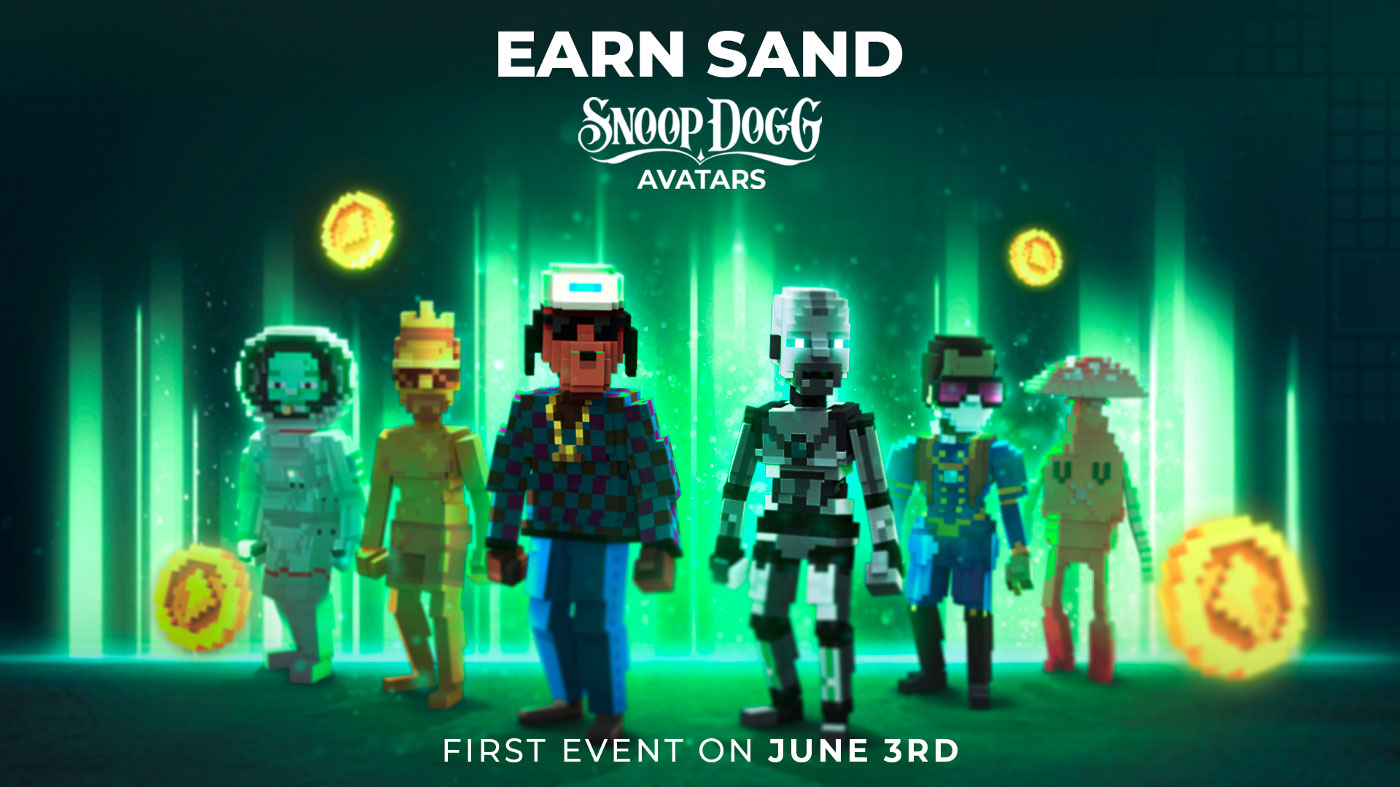 Just a few months ago, Snoop Dogg made several splashes in the crypto scene. One, a partnership with The Sandbox, saw the release of The Doggies, a set of 10,000 generated, Snoop Dogg avatars, each playable in the Sandbox. And now, as an extra bonus, Doggie avatar owners can join in a series of missions during the month of June and earn tokens from a pool of 1 million mSAND!

For four weeks during the month of June, holders of Snoop Dogg Avatars have access to exclusive content in The Sandbox. Complete certain tasks and missions, and earn shares of one million mSAND prize pool (note: mSAND is the same as SAND token, just on the Polygon network)! Beginning on June 3rd, a new contest will be added weekly to the Sandbox contest page. For these contests, only those who own a Snoop Dogg Avatar can participate. Everyone who completes a mission will share in a 250,000 mSAND reward for that event.

For this first contest, players must equip their Doggie Avatar NFT and visit the alpha lobby to register their contest entry. Make sure that the in-game mission is marked as complete! They then ask that you tweet a screenshot of your Doggie avatar in-game. And that seems to be it for the first round. Pretty simple!

We don’t yet know the details about the other contests. But presumably, there will be special areas in Sandbox to visit for future missions. However, we do know the names for the upcoming contests — Rooftop a la mode, Meet at the Agora, and Club XYZ. These contests will begin on June 10th, 17th, and 24th, respectively.

At the end of each event, a snapshot will be taken to verify that you still own your Doggies. So if you buy an avatar just for this event, don’t resell it too quickly! The cheapest Doggie avatars are going for a little over 0.2 ETH.

Unlike some of the previous Sandbox events, there is no raffle involved. Everyone who completes the requirements will receive a portion of the rewards.

What is The Sandbox?

Built on the Ethereum blockchain (though in the process of migrating to Polygon), The Sandbox is a collection of gaming and social experiences. The Sandbox consists of customizable lands of varying sizes with voxel-based entities. Landowners build and customize their own experiences with block editing, hand-crafted assets, and a built-in scripting language. These virtual lands can become mini-games, adventures, virtual shops, a space for social gatherings, and whatever else can be imagined and built!

The Sandbox provides free tools for developers, gamers, and content creators. Creators can use VoxEdit to create voxel-based objects for use in-game. And with the Game Maker users can make all sorts of interactive experiences. The Sandbox continues to announce new partnerships on a regular basis and has already run two alpha tests with play to earn rewards!

To learn more about The Sandbox, read our complete Sandbox Review and guide here.

Games to Watch in September