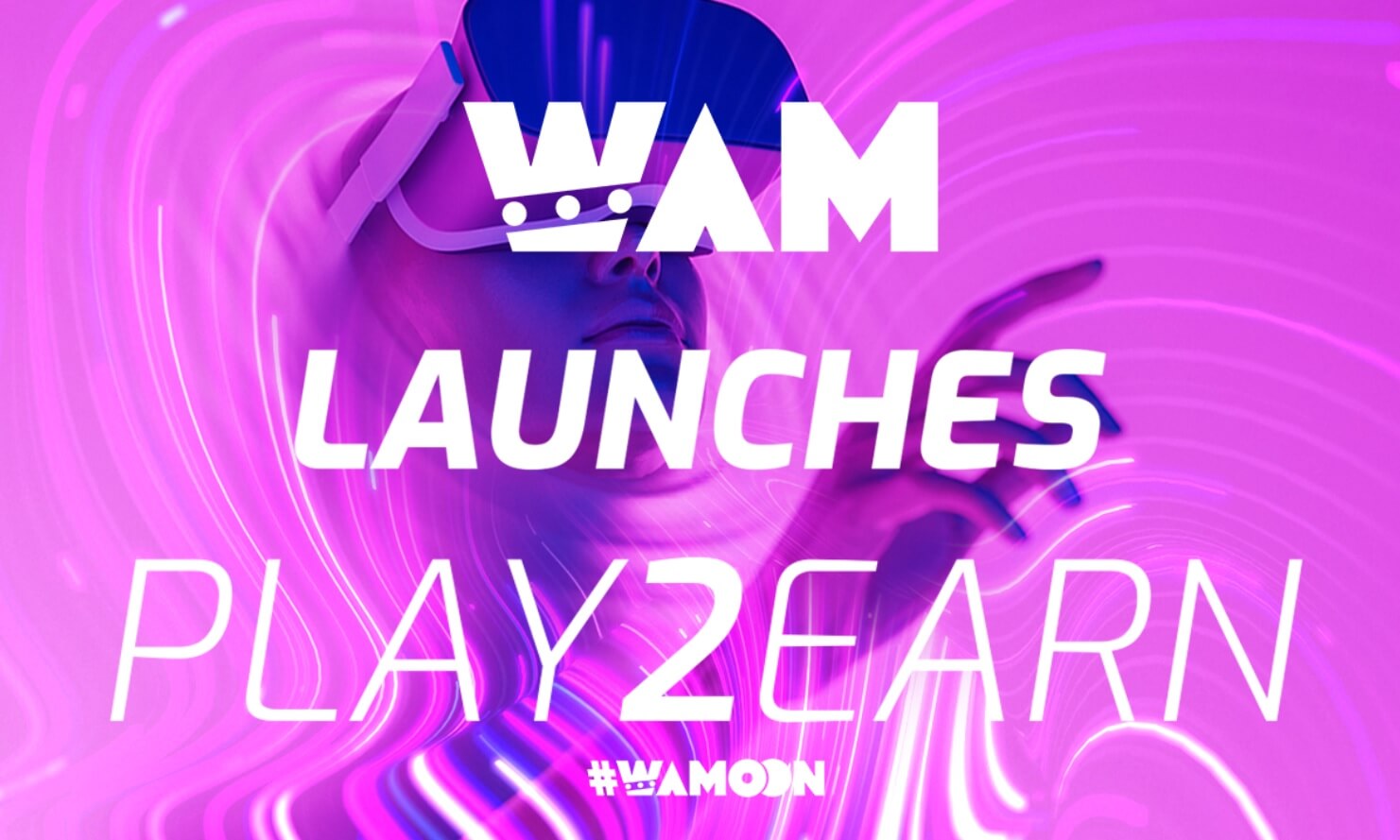 WAM has launched its play-to-earn feature on the gaming platform WAM.app where players can participate and compete in tournaments to earn crypto rewards. The app will allow gamers who have earned XP by playing their best games to earn WAM coins. By offering fun hyper-casual games WAM aims to provide a chance for users to play blockchain games in an uncomplicated fun way rather than engaging only in trading activities on other blockchain platforms.

In February 2021 the beta version of WAM.app was launched which reached over 2.5 million players in less than 2 months. The WAM.app is accessible on any device and can be downloaded from Google Play Store and the iOS App Store.

WAM.app is a hyper-casual gaming platform that allows players to earn rewards based on rank acquired by participation in tournaments. When a player wins the game, his rank on the leaderboard grows. The higher the rank on the WAM.app leaderboard the more reward pools he will be entitled to. To play in a tournament a player needs to pay an entrance fee. As the rank of a player increases, they can participate in tournaments with high entrance fees and more reward pools. At the end of each tournament, every player receives a fixed amount of WAM coins, and rewards are distributed to top players based on their rank on the leaderboard.

WAM.app focuses on the hyper-casual gaming aspect which means they want to onboard players who are interested in earning through casual gaming. To achieve this target WAM has kept its platform simple and user-friendly so that any player who is new to the crypto gaming world and wants to earn money then they need not go for complex trading play-to-earn games, rather they can play the hyper-casual games on WAM.app and attain top ranks and earn money.

The WAM.app has been recently redesigned giving it a new user interface with enhanced security features. WAM.app works on any device and you do not need to know any complex blockchain trading stuff to play WAM’s play-to-earn games. You also need not invest much time inside the game to earn rewards.

To play a game you have to enter a tournament by paying the entrance fees. As more and more players join a tournament the size of the reward pool also increases by a fixed amount of WAM coins. There are 3 tries in a tournament. Once all three tries have been exhausted your score sets to zero. However, you can continue from your previous score by paying WAM coins up to 3 times. The aim is to attain the best score and reach as high rank as possible to earn rewards. The tournament ranking will be real-time and can be accessed from the leaderboard section of the app. At the end of a game, WAM coins are credited to the player’s wallet. WAM coins can also be earned from daily challenges.

What is WAM.app Creator Tools?

The creator tools in WAM.app allows users to create their hyper-casual games with a help of an advanced AI system created by WAM. The AI system allows users to create an engaging fun game by following simple instructions. Creator tools can be used on any compatible device. The creator tools also help you to manage your private tournaments, create custom tournaments and invite players, create custom NFTs as rewards, and much more.

What are the tokens used in WAM.app?

$WAM also called WAM Coin is the official currency of WAM.app. The initial supply of $WAM tokens was 20,772,645 $WAM out of 1 billion tokens with a listing price of $415,453. The $WAM will get its ERC-20 and ERC-1155 NFT integration in the coming days for digital assets trading. Players can earn WAM coins through tournaments and use them for participating in new tournaments.

The WAM.app uses the Binance Smart Chain and a feature of this app is that you can transfer your WAM tokens from BSC to the Elrond blockchain. You can do this by accessing the bridge option from the WAM.app website.