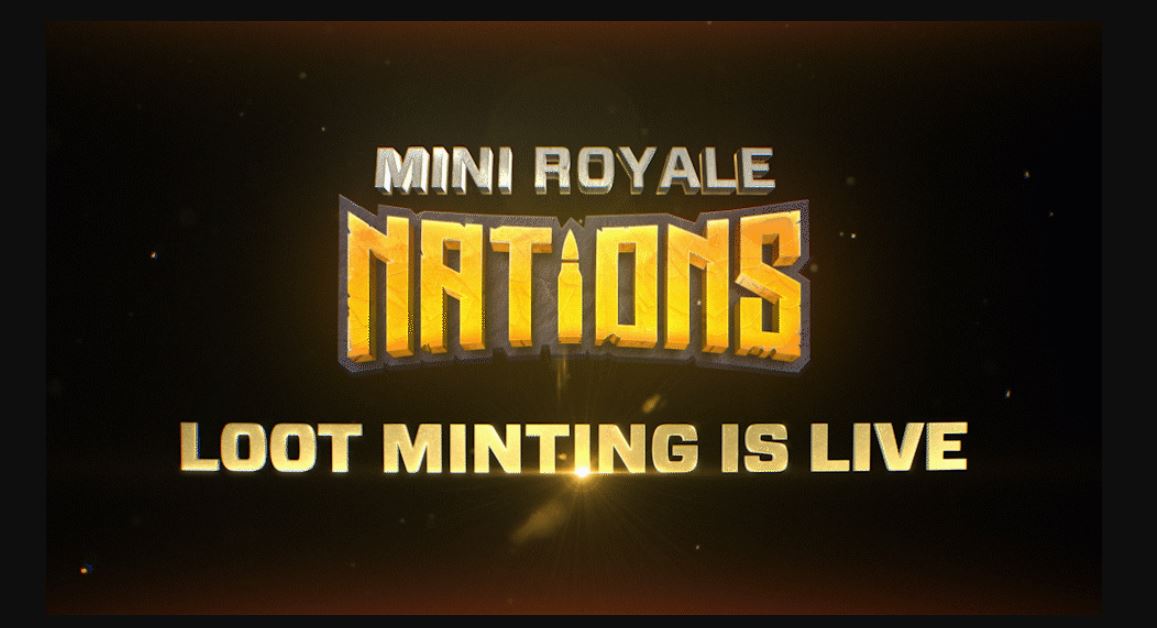 Mini Royale: Nations, the free, browser based FPS on the Solana blockchain, adds new play to earn potential to the game with the ability to mint NFTs. Players who level up their battlepass have the option of minting certain items and then trading them on secondary markets. With this addition, Mini-Royal joins a small, but slowly growing, selection of games that offers free to play and play and earn all in one package!

Grab a weapon, jump into this FPS that runs in a browser, and start earning some NFTs! It’s free! And while earning items is technically open to everyone, it is a bit of work to get up to the levels needed to actually mint items. You’ll need to be a pretty dedicated player. However, those who stake special, ‘premium’ NFTs, earn points towards their battle pass and have access to some items that regular players do not.

In order to mint an item in Mini Royale, the item must be mintable. This is noted with a gold icon in the upper right corner when it’s in your inventory. A player must also be at least level 20, and pay a minting fee of 0.035 SOL. In the near future, the team plans to additionally require that the item must be level 10 or higher. Though, since the weapon leveling system is not yet implemented, I imagine they’ll want to wait until that feature is in place.

NFT items for Mini Royale are skins for players and weapons, not the weapons themselves. Thus, when players upgrade their weapon level, it affects all versions of that weapon, no matter the skin used. And the skins are not always just visuals. They can also include perks such as faster reloading or larger magazines.

What is Mini Royale: Nations?

With a full title of Mini Royale: Nations, you might guess that this is something more than just a first-person shooter game. And you would be right! The Mini Royale whitepaper states that the team plans to build a land control strategy game that sits underneath the FPS game. Exactly how this will work is unclear, but it seems that land will be used for crafting, and landowners earn fees from players using their land. They also talk of public land, usable by anyone.

Apparently, there will be a staking game tied to land control (this is different than ownership). Players who stake the most guns to land can win control. Those with land control of the land, receive up to 50% of the earned fees! As for the token economy, the team plans for no less than seven different currencies. And while only two will be on-chain, it feels a little much for an FPS game. Though, I guess once land gameplay is implemented, the number of tokens will make more sense.

As for the FPS game itself, it’s team-based, features up to 5 players on a side, and has several different game modes (Battle Royal, Capture the Flag, and Team Deathmatch). The game is free to play, though those who hold certain Premium NFTs level up faster and receive some other benefits. PvP matches are generally action-packed. The maps are relatively small and spawn camping is sometimes a thing. Also, matchmaking needs some work. All of my matches included players of level 50+, even though I’m only level 2. This led to some frustrating experiences, though to be honest, I’m not that great at these types of FPS games.

Players earn character experience, gain battle pass points, and level up their items by playing the game. Along the way, they earn special weapons and avatar skins. Some of those skins can be minted to the blockchain as NFTs. Mini-Royale only accepts the Phantom wallet for wallet connections.

Learn more about the game and how to play and earn in our Mini Royale Nations review and guide.

Bruno, our in-house video reviewer, recently sat down and took a look at Mini Royale: Nations.