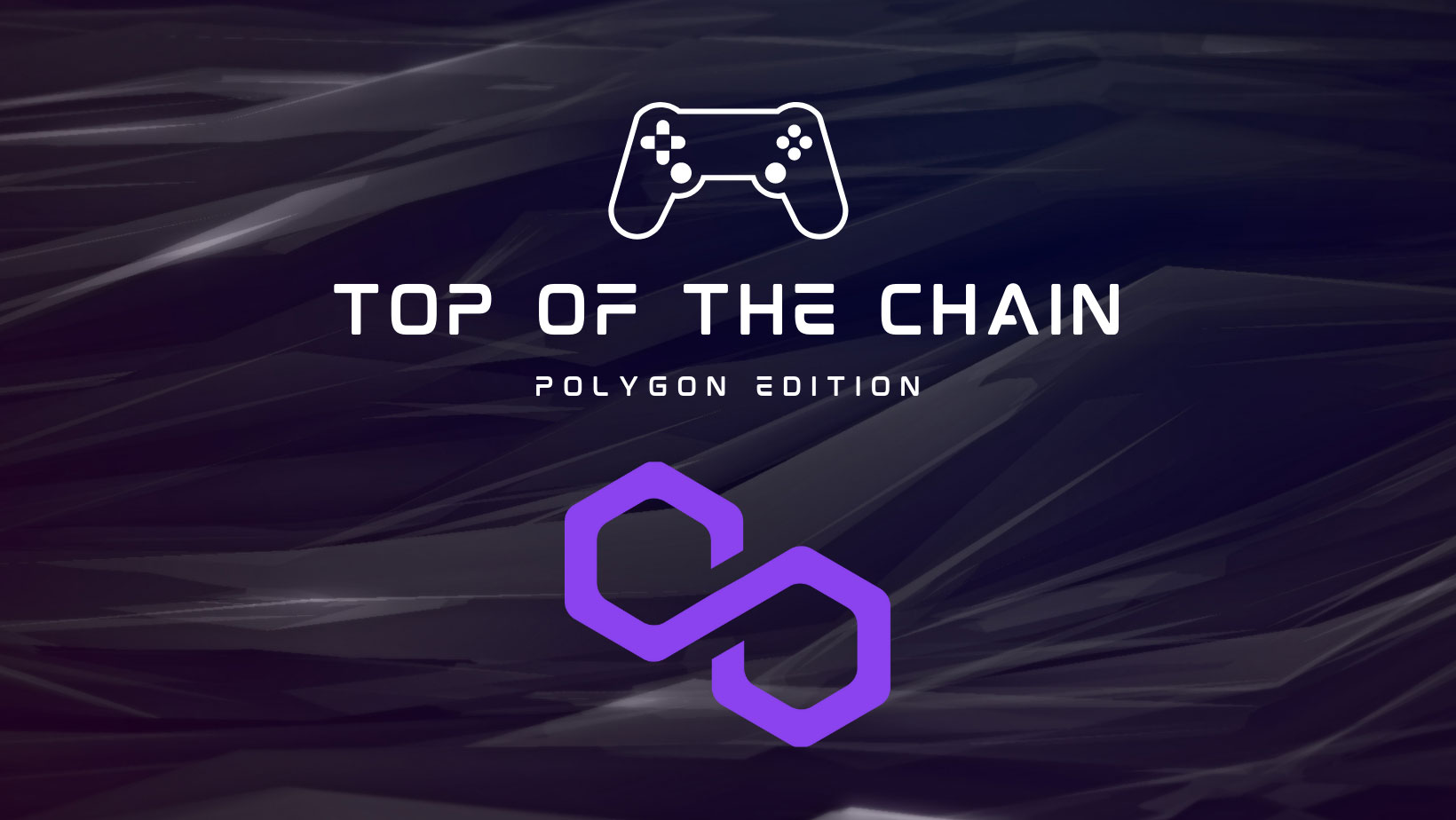 Polygon holds its position as the fastest-growing Ethereum sidechain, and games built on the chain now boast an average of 68k active players daily.

Falling short of 22k daily active users, Sunflower Land is by far the most played games of the chunk. Arc8 has a total of 17k daily players, but is not acquiring new ones fast enough. CDH is a long-lasting Animoca success with 9k daily users, similar to Pegaxy.

Sunflower Land is a Play to Own farming simulator, where players gain perks and benefits by watering plants, growing crops, feeding animals, and overall running a proficient farm. The game is part of a new trend shifting away from the term “Play to Earn” for “Play and Earn” and/or “Play to Own”.

The tokenomics features $SFL, currently valued at $0.16, down 15% in the last 24 hours. The token is in a freefall after the recent crypto crash of May 2022.

Crazy Defense Heroes is an RPG-style tower defense game based on collectible cards, chests, and rewards.

Players have to defend the towers, take part in weekly challenges, defeat bosses, and create clans. There are over 400 Towers, spells, and collectible cards with 1000 levels to conquer.

The game is one of the fastest-growing recently thanks to their Tower Map NFT Rewards. According to Footprint Analytics, the total number of gamers as of the 25th of May is 542,169. The acquisition cohort chart shows a 45% retention in the latest quarter, not an amazing result.

Crazy Defense Heroes features the $TOWER token, currently valued at $0.005, down 8.15% in the last 24 hours and in a downfall trend since the beginning of the year.

CDH is not doing well financially, but it keeps being one of the most downloaded apps and has the full backing of Animoca Brands, which recently became a unicorn.

Pegaxy is a PvP horse racing simulator which offers several horse races, each with 12 horses running, with the top 3 horses receiving prizes in the game reward token $VIS.

The horse races are mostly decided on luck, but some other factors such as the horse’s gene and rarity play a role in the calculation.

The tokenomics features $VIS, to balance the minting cost, breed horses, and manage in-game rewards, and $PGX, the governance token, also used for breeding, and to get involved in the proposal engine.

Pegaxy has the highest retention rate of all games on Polygon. According to Footprint, the peak was 77% of new players retained in Q1 2022.

The cup is held once a year, with the first 11 months being the qualifying month. The top 12 players in each of the five levels (renting, marketplace, racing, breeding, and connect) are selected each month, drawing a pool of 660 players per year into the global finals.

The winner of the final round is rewarded with a large amount of $PGX Token distributed by the Ecosystem Fund.

Launched in October 2021, Arc8 is GAMEE’s collection of mobile games on the Polygon chain. The platform is host to over 10 minigames, ranging from puzzle games to action movies, and is fairly popular amongst casual gamers on mobile devices.

On each given day, the platform releases daily tournaments for players to get involved in. Some are free, requiring only the in-game points, some require a participation fee, paid out in $GMEE.

During the gameplay, players might win $GMEE for completing quests for free, or may gamble in the daily tournaments to receive a higher amount.

$GMEE is the governance token, and is currently valued at $0.018, down 4.27% in the past 24 hours. The token is on a downfall trend after the game failed to maintain a fast-paced growth, with daily active users decreasing rapidly.

According to Footprint, less than 18% of new users stick around. It’s worth noticing that, given the nature of a platform hosting tons of minigames, they are the games with the most trades!

DappRadar reports 1.98M transactions in the past 30 days, down only 0.81% from last month. Arc8 is working hard to keep the number high and attract new players with great incentives through their referral program.

Now that the Play to Earn model is popular enough to attract giants like Netmarble to consider it (have you seen Ni no KuNi?)analytical platforms are popping out and will help you analyze current trends. Thanks to the data from Footprint Analytics, you can make informed decisions on which games to get involved with next.

Right now, it looks like the Polygon landscape will change quite soon if these games can’t manage to get their acquisition rates to improve. If you’re interested in checking out the GameFi current trends, take a look at the GameFi report from Q1 2022.