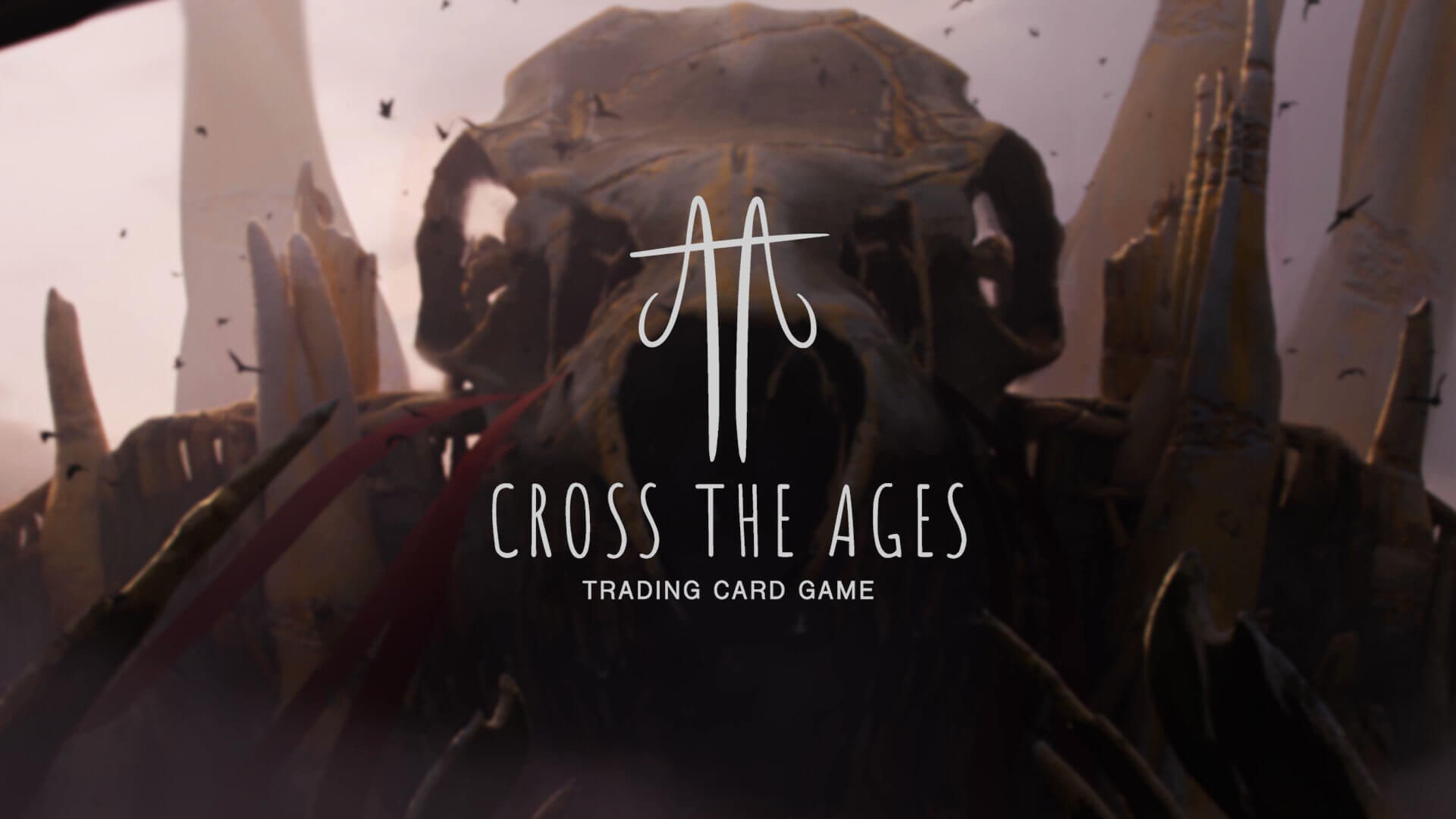 Cross The Ages is an upcoming trading card game built on Polygon. It has first of a kind digital to physical cards transformation system that allows a player to convert digital NFT cards into physical NFC cards. Read on to learn more about the Cross The Ages, its team, roadmap, and the recently released Runner mini-game.

Cross The Ages is a science fiction fantasy digital NFT card game inspired by the book series of the same name. The game has an exclusive concept of converting digital cards into physical ones, thus creating a unique experience in merging the digital and physical worlds. The game aims to allow players to hold digital assets and bring them to life. Their vision is to release a series of games under the Cross The Ages universe and create an ecosystem where anyone can get access to the game and start collecting cards.

In this NFT trading card game, players face off in intense turn-based duel matches. Each match has a duration of an average of 5 minutes. The game’s objective is to conquer and control the maximum area with the battle arena. Each game starts with both players having 20 digital cards. 10 cards are randomly selected to form the player’s deck, and the fight starts.

How Cross The Ages is different from other trading card games?

Cross The Ages is a free-to-play trading card game that allows anybody with a phone or desktop to enter the CTA multiverse and start collecting digital cards. Cross The Ages is the only card game that enables a full value chain cycle from digital cards on the phone through NFTs on a blockchain to physical cards in the real world with NFC (Near Field Communication). The game’s quests, challenges, and rewards incentivization process is designed in such a way that players will profit from the game, and player retention will increase exponentially.

How will physical and digital cards be distributed and traded?

For distributing physical cards, Cross The Ages has partnered with Cardmarket – The biggest marketplace for physical cards. Each and every card will have NFC to protect it from counterfeit. The NFC ensures authenticity, provides the history of the asset through transparent traceability and guarantees the person in possession of the card is the rightful owner.

CTA Token: CTA Token is a utility token required for on-chain activities in Cross The Ages. It also gives special access to tournaments, exclusive content, and valuable NFTs in the CTA universe. CTA tokens are required to mint and merge NFTs and print NFTs into physical NFT cards. The holders of CTA tokens also have voting power in the CTA metaverse. The tokens are required to participate in Guild tournaments and competitions.

Gold Token: The Gold token is an in-game token and “soft currency.” The Gold token allows merging in-game digital cards and is “off-chain,” hence not tradable.

Crystal Token: Crystal tokens are also “soft currency” and can be earned inside the game. Crystals are used for buying card packs, skins, unlocking booster packs, and minting cards. Crystals can be exchanged with CTA tokens at the game marketplace.

The Team behind Cross The Ages

More than 170 people from different fields ranging from management, technology, and design are engaged in building the Cross The Ages platform. CTA partnered with more than 60 illustrators worldwide who are excellent in their fields to develop this stunning universe. There are also 14 writers and script doctors who helped in the required fields.

There are 75 international artists on the team who have worked on Star Wars, Marvel, Game of Thrones, and DC comics. Sami Chlagou is the CEO and Co-founder of the game, and Christophe de Courson is the Chairman and Co-Founder.

The Cross The Ages developer team has announced a mini-game inside the Cross The Ages universe called the “TCG Runner” game. TCG Runner is a pixel art runner game where you play as an in-game character with a motive to jump and avoid obstacles to earn bonuses.

TCG Runner is an infinite pixel art runner game like the “Temple Run” or “Subway Surfer” games and comes with seven characters from the Cross The Ages universe. It is both tough and fascinating. There are a total of 7 characters in the game, and these characters have elemental affinity: fire, water, nature, light, air, and darkness. The game has no end, but the difficulty increases as playtime increases. The game also ends instantly if you are unable to overcome an obstacle.

Cross The Ages developers have released only the Stage 1 gameplay at the moment. Stage 2 and 3 gameplay features will be released soon. A player must first select a character from a set of 7 available characters. The game has a top view, and the character will be at the bottom of the screen. The score and gauge will be displayed in the upper left corner of the screen, and the distance traveled will be displayed in the upper right corner. A player needs to avoid all obstacles and collect bonuses in this never-ending game. The longer you survive, the more bonuses you can collect.

What is Cross The Ages?

Cross The Ages is a metaverse where digital artists, gamers, and developers build new cities and create games inside the CTA universe. Players can earn NFTs through adventures and can also earn real-world collectibles. The Cross The Ages universe has two worlds that share the single continent of Artellium. The Arkhante continent is to the west and city-continent Mantris to the east. Cross The Ages can be thought of more precisely as a dystopia. The first season will feature 365 cards of Arkhante and Mantris with rarities ranging from Common, Uncommon, Rare, Super Rare, Exclusive and Unique. The mission of CTA is to allow gamers to earn valuable NFTs, lend the in-game assets, and stake CTA tokens.