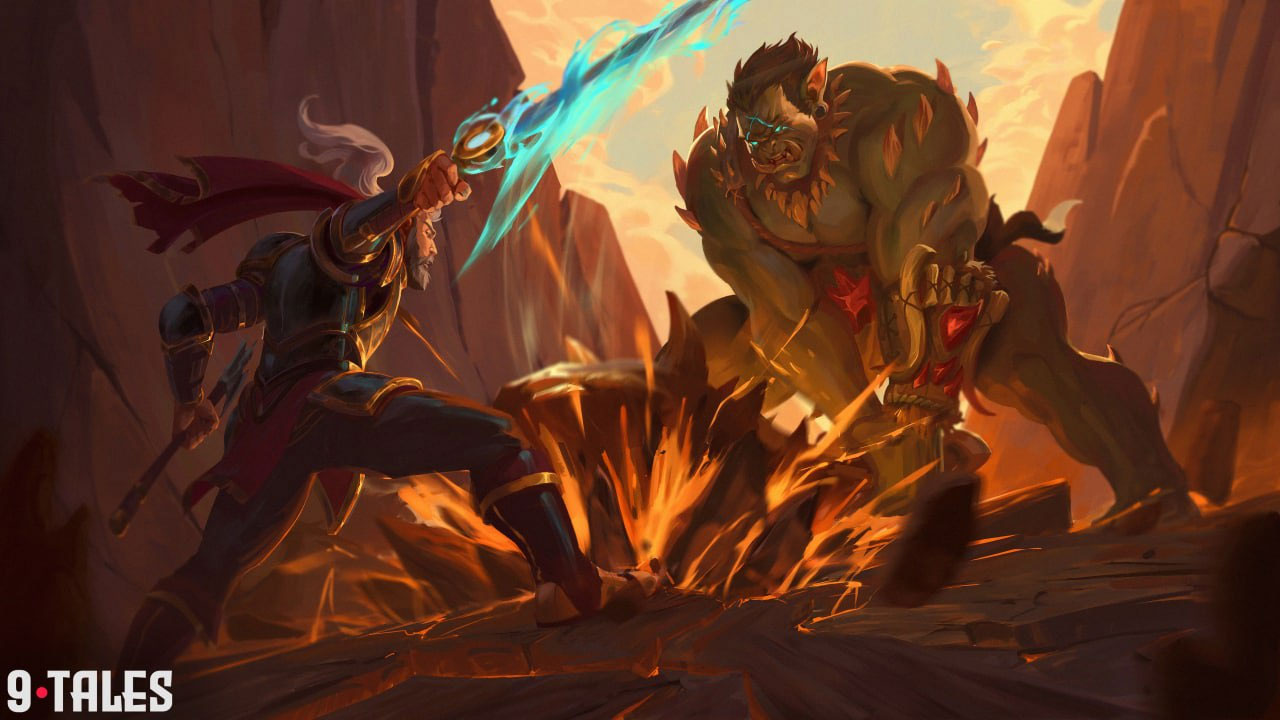 After already selling out their Genesis NFTs, 9Tales, an upcoming collectible card game, prepares to release their Phase 1 mint. The supply of the new collection is 4,444 and these NFTs come with many perks. Let’s take a look at 9Tales, the game in the making, the NFTs, their utility, and all the information about the upcoming mint.

These initial 9Tales NFTs follow the format of PFP projects. Each one has varying traits with different rarities, creating a variety of similar, but different NFTs. But these aren’t just for show. They also receive ongoing NFT airdrops, free entry into weekly tournaments, token airdrops, priority access to future expansions, a boost to in-game earnings, and more! Now that’s the way to reward your early backers! It also seems that the 9Tales team has been giving Genesis NFT holders whitelist spots for other projects, providing extra utility before the game even launches.

Rewards from Genesis NFTs are expected to be higher than those from Phase 1. Genesis NFTs are sold out at 0.055 ETH (only 515 in existence), but are available on Open Sea. For those without the funds to pick up something from the Genesis collection (the current floor is close to 0.8 ETH), the Phase 1 mint might be more to your liking.

The Phase 1 NFT sale for 9Tales consists of a set of 4,444 NFTs. The sale begins on May 15th, 2022. Each whitelist spot and Genesis NFT is allowed one mint. After a 12-hour closed mint, any remaining NFTs go up for public sale, with a maximum of two mints per wallet. The mint cost for whitelist spots is 0.089 ETH while the public mint costs 0.099 ETH.

For more information about the upcoming mint, keep an eye on their Twitter and join their Discord community.

As per the project’s roadmap, the Alpha launch is planned for the next 3 months. Also, there will be another final sale for these NFTs, called Phase 2 to complete the 10,000 collection. Phase 2 NFTs will have less utility than the others, but still provide value to their holders.

The 9Tales NFTs come with many perks. For more information about the utility of the NFTs, you can have a read at this blog post detailing the benefits for Genesis and Phase 1 holders.

9Tales is a play and earn, collectible card game. Though it has a familiar look and feel, 9Tales plays out a little differently than what you might expect. Each turn, players alternate playing cards. Then, the game moves into the battle phase. The battle board for 9Tales consists of both an attack and a defense section. Attackers match up against opposing defenders. Players move cards from their play zone to the attack zone, with a maximum of four attackers per turn. Both players choose their attackers, the cards are revealed, and then each player chooses cards to defend with. This creates an important strategy component as players must decide how to allocate their units each turn.

After the players select their lineups, the battle begins. Each card does damage to the card opposite it, or the opponent if the card is attacking and no one is defending against it. Once the battle resolves, all cards with zero health are sent to the respective graveyards.

Cards have levels. Add the card levels in your deck to calculate fortune, which determines earnings from playing. Also, each card has energy. Playing a match uses up one energy for every card in the deck. When a card has zero energy, it no longer adds to the fortune rating. This forces players to either limit their daily earnings or switch between decks. This also provides a reason for keeping multiple copies of cards.

Players level up their cards by combining multiple cards and paying a fee in $NIT (the official game token). At level 9 (the maximum), the card becomes a foil card. Foil cards not only add a significant amount of fortune to your deck, but they also have a chance of minting a level 1 copy for you after you win a match! In an effort to keep the game from becoming pay to win, card levels have no effect on gameplay. The team also plans to develop a number of different game modes to appeal to a wide variety of players.

For more information about 9Tales, their roadmap, and the upcoming NFT mint, visit the official website, follow the announcements on Twitter, and join their Discord community.

9Tales is run by four co-founders: An artist from Ubisoft/RIOT with many years of experience in the gaming industry, a game designer who is Magic and Poker pro, a Ph.D. researcher who made the tokenomics, and a blockchain engineer. This team is advised by Frédéric Arnault and Jane Nguyen.
9Tales has partnered with 9 web3 leaders: PGodjira, Llamaverse, Karafuru, Clementine’s Nightmare Forgotten Ethereal Worlds, Mindblowon, Metaverse HQ, Scholarz and Squishy Squad