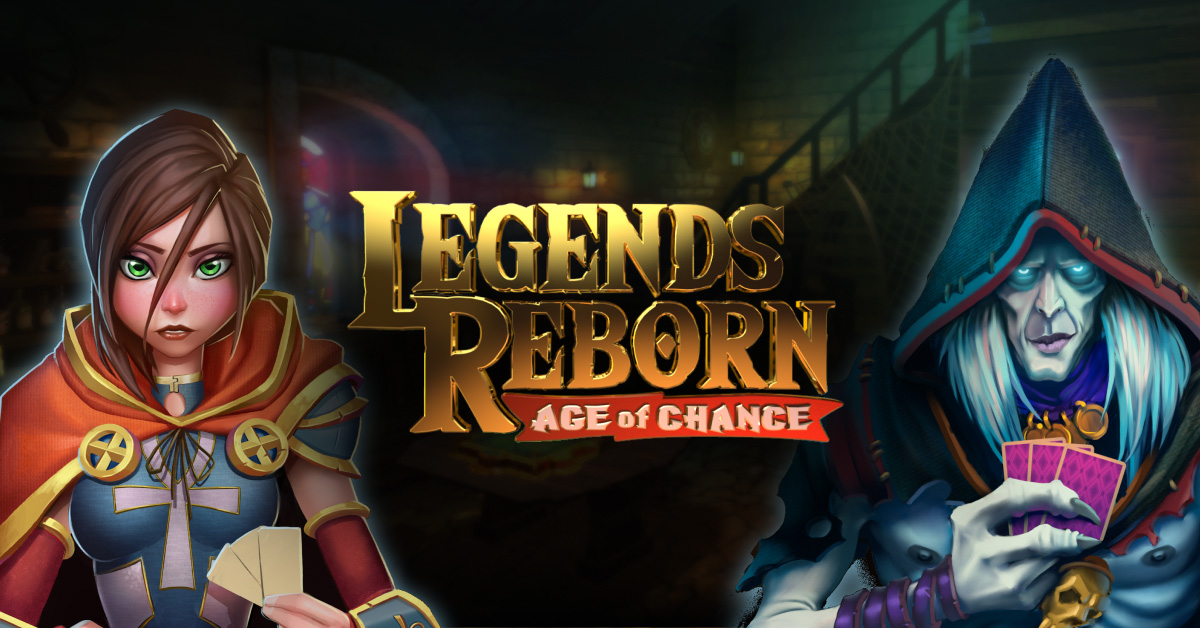 When I first heard of Legends Reborn, my initial thought was, “Another fantasy trading card game? Surely it has nothing new to offer!” Coupled with an initial Venue sale that saw very expensive NFTs for sale, I shelved Legends Reborn in the back on my list of games. But playing the open alpha recently has shown me that my initial reaction was incorrect. Legends Reborn is not just another trading card game. There is something a little different here — something that could turn out to be a really fun and engaging game!

Blockchain-based, fantasy, trading card game. We’ve heard these words before. And most likely, many of you have at least tried out the current king, Gods Unchained. But rather than directly take on the genre defined by the original paper card release of Magic: The Gathering, Legends Reborn gives us game mechanics that offer entirely new strategies.

Players begin the game with 20 Energy. Summoning creatures, attacking, and playing cards all cost Energy. Much like other Trading card games, each player has their Energy replenished each turn with the maximum Energy also increased by 10. Up to 30 Energy that was not spent on the previous turn can be ‘banked’ and added to your Energy for the next turn. This banked Energy may only be used for drag attacks.

Each side comes to the battle with only five Creatures. Once they’re dead, you lose. Summoning creatures costs 20 Energy. Many creatures provide passive buffs or bonuses to the team, so oftentimes, the order of summoning can make a huge difference. Basic creatures stats include Attack, Magic Attack, and Health. Each Creature also comes with a selection of Action cards. Players begin the game with five Action cards from their creatures, and draw a new one every time one of their Creatures attacks from that creature’s card list. This is an interesting mechanic since it lets players always keep their hands full if they want, and refill it if they start to run out of cards to play. It also allows players to have some control over which Action cards they receive.

In addition, as you play Action cards, your Hero meter fills up. Once full, you receive a special, 0 Energy cost card that can be played immediately or saved for later. These are generally pretty powerful spells that you’ll see played every couple of turns in the later rounds.

I found the user interface a little awkward since left-click controlled everything. I would often pan the perspective when I was trying to use my creature in a drag attack. Presumably, this could be fixed with the ability to change the controls, but this current alpha is limited in that regard. For those with slow systems lag is even more of an issue without being able to change the graphics settings.

But the game is fun overall. Anyone with a Gala account can download the launcher and play the Legends Reborn alpha. There have been no indications of how long the alpha will be available for playtesting, so check it out while you can!

Update: This open alpha playtest ends at 10AM PST on May 2nd!

What is Legends Reborn?

Legends Reborn is a collectible card game in development on the Gala Games ecosystem. Players enter the arena with a squad of creatures and battle to the death versus their opponent.

Players own land in Legends Reborn in the form of Venues, and earn a percentage of the rewards generated through matches on their plots. We don’t have a lot of details about the larger game mechanics such as play-to-earn, game items as NFTs, or how Venues fit into the gameplay. But what we have now, even with this limited alpha, is definitely worth a look. Legends Reborn brings some unique mechanics to the table. And has the potential to build itself into a very interesting game.