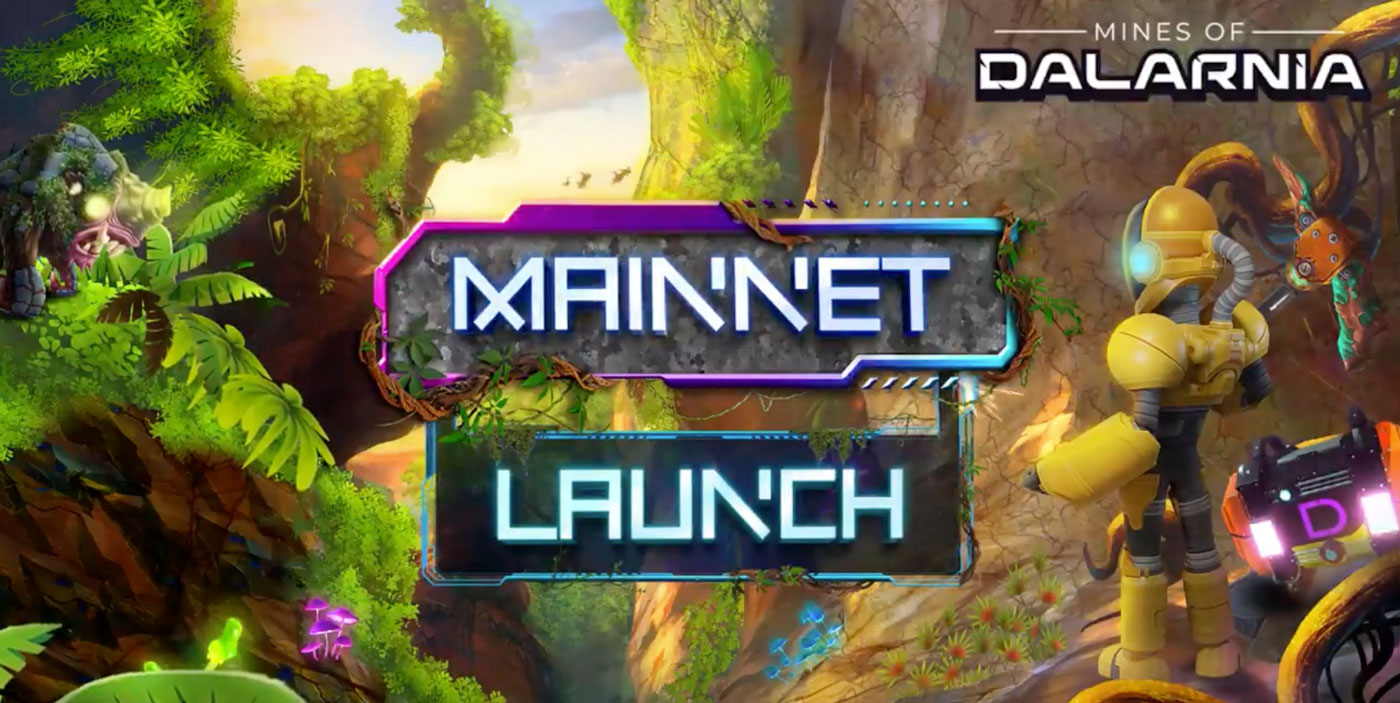 Mines of Dalarnia has officially announced that they will launch the mainnet-enabled version on April 26, 2022. The third Mines of Dalarnia Land Sale was the final land sale, featuring 2620 plots. The official announcement was made at the Miami NFT Event week by the COO of WorkingMan Interactive and Game director of Mines of Dalarnia, Keith McCollough.

The team is working on the mainnet version of Mines of Dalarnia 2.0, which brings many improvements to the game. The developer team is working closely to incorporate Layer 2 backend enhancements. The team has also thanked the community for their contributions and assistance with playtesting.

The team has maintained a list of update notes on the Discord server during the testing process. There are 200 testers currently, with more players onboarding.

The game is built on the chromia blockchain, enabling developers to build dApps much faster with its unique intuitive design process. Signing up on the Chromium vault gives you access to more mines and better loot. You can also try the alpha version of the game, which is open to all players. $DAR, the official token of Mines of Dalarnia experienced some price was at its all-time high on April 25, 2021, at $4.35. Currently, it has reached around $1 only. For now, the $DAR token is available on the Binance Smart Chain and available on decentralized exchanges like Pancake Swap. The token was also recently released for trading on Kucoin.

If you haven’t seen anything from the v2 yet, have a look at the launch trailer below.

How to Play Mines of Dalarnia?

Although there will be a free-to-play version of the game, if you want to earn, you will need a Mining Passport NFT. The passes will be available for purchase directly form the game’s menu on April 26th. The initial price is fixed at 20 DAR tokens (approximately $20 at the time of writing).

The mining pass will give you full access to all four launch planets. Players without a pass will still be able to mine basic materials on the free-to-play planet, Luna Praxis.

Mines of Dalarnia will be launching the mainnet on April 26 and some rewards will be given to V1 and V2 playtesters. The reward portal is already active on the website, and if you are a playtester, you can withdraw the prizes after the game launch. You are eligible for a reward if you are a V1 or V2 playtester and have played using Chromia Vault account. There are two different sections, V1 and V2 rewards.

To claim the rewards, you need to log in using the Chromia Vault Account with desired BNB address on their website. Next, you need to sign a message so that no one else can take credit for your energy spent on playtesting the game. There are four reward tiers in the V1 segment. Users are eligible to get the reward from one tier only. If a user is eligible to receive rewards from more than one tier, he receives the highest possible reward.

Some of the unique rewards are:

About Mines of Dalarnia

Mines of Dalarnia is a free browser-based P2E (play to earn) adventure game developed by Chromia Studios and Workinman Interactive. The game requires players to collect artifacts, relics, and materials by mining which they can use to upgrade their gear and characters. You have to race with time to mine artifacts, fight with monsters and upgrade your abilities.

The World of Dalarnia has many mines full of minerals and resources. There are different terrains and secrets in the game that players need to uncover. Players can buy in-game plots using NFTS and rent them too.

The game features four regions: Ice, Darkness, Lava, and Terra. Since Mines Of Dalarnia is a play-to-earn game, players can win tokens in multiple ways by completing in-game quests, inviting friends to play, or winning competitions to get DAR tokens which is the governance currency of the world of Dalarnia. Anyone can access the game from their browser without downloading the game.