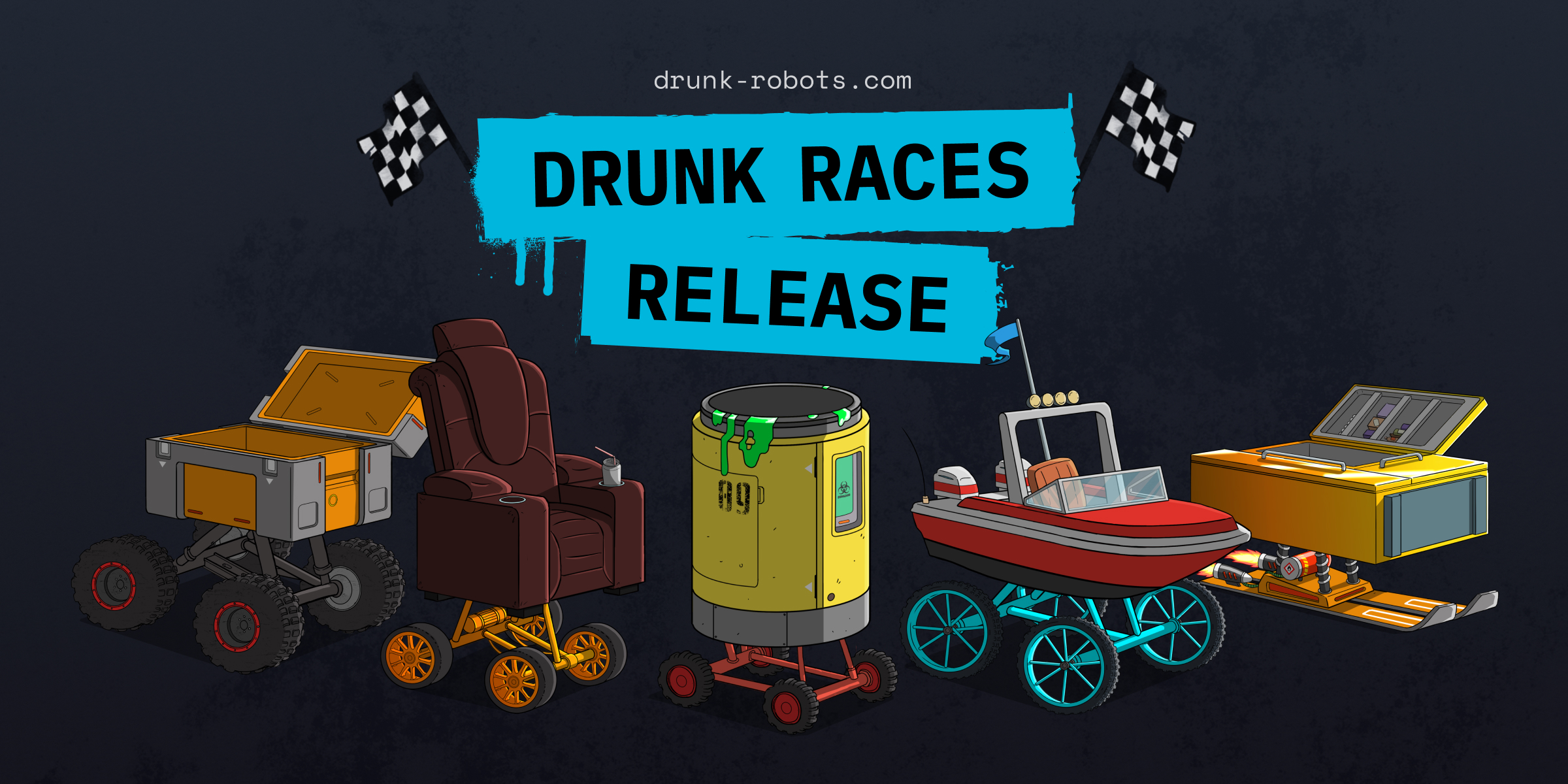 What’s better than Drunk Robots? Drunk Robots racing, of course! And what would a Drunk robot in a post-apocalyptic world use for a vehicle? How about a box with some wheels attached! Seems appropriate for gathering scrap metal in the wastelands, right? Anyway, players can now buy Carts for their Robots and race, earning METAL in the process.

Drunk Robots already has two mini-games and passive staking options for earning both METAL and JUNK. The latest addition to their repertoire is a passive racing event called Drunk Races.

In the Drunk Races, players choose a Cart and a Robot to participate. Players can enter as much as they like, though it does involve paying a gas fee. It’s unclear how often the races run. First place finishers receive 80 METAL, second place 40, and third place 20.

Though the initial sale of Robots already finished, there are still a number of unpurchased crates available on the Liquidifty market for 15,000 METAL. As for Mining carts, those cost 500 METAL to mint.

Cars mint with random stats, including Stability, Passability, Velocity, Drifting, Precision, and Mileage. They all effect race results, except for Mileage. Mileage determines how much the cart can be raced before it needs to be repaired/upgraded. Carts come in five different types (boat, wooden box, armchair, barrel, and refrigerator) with five possible wheel sets (skis, trolley wheels, big wheel, drifter slicks, and bicycle wheels). This initial Cart collection is capped at 2,000 total. Of those, 1350 will be common, 450 rare, 150 epic, and only 50 legendary.

Carts are available for minting on the Drunk Races page.

What is Drunk Robots?

Drunk Robots is a generative NFT project on the Binance Smart Chain featuring 10,101 robots. With the glut of generative art projects already in existence, everyone has to try and offer some sort of additional functionality. And so, Drunk Robots plans a series of play to earn games and activities. These involve fighting, robbing banks, racing, dance battles, and gang warfare. Drunk Robots features two tokens, METAL and JUNK.

The Drunk Robots universe already offers mini-games with rewards to the top players, and a staking system where Robots can passively earn JUNK AND METAL tokens.