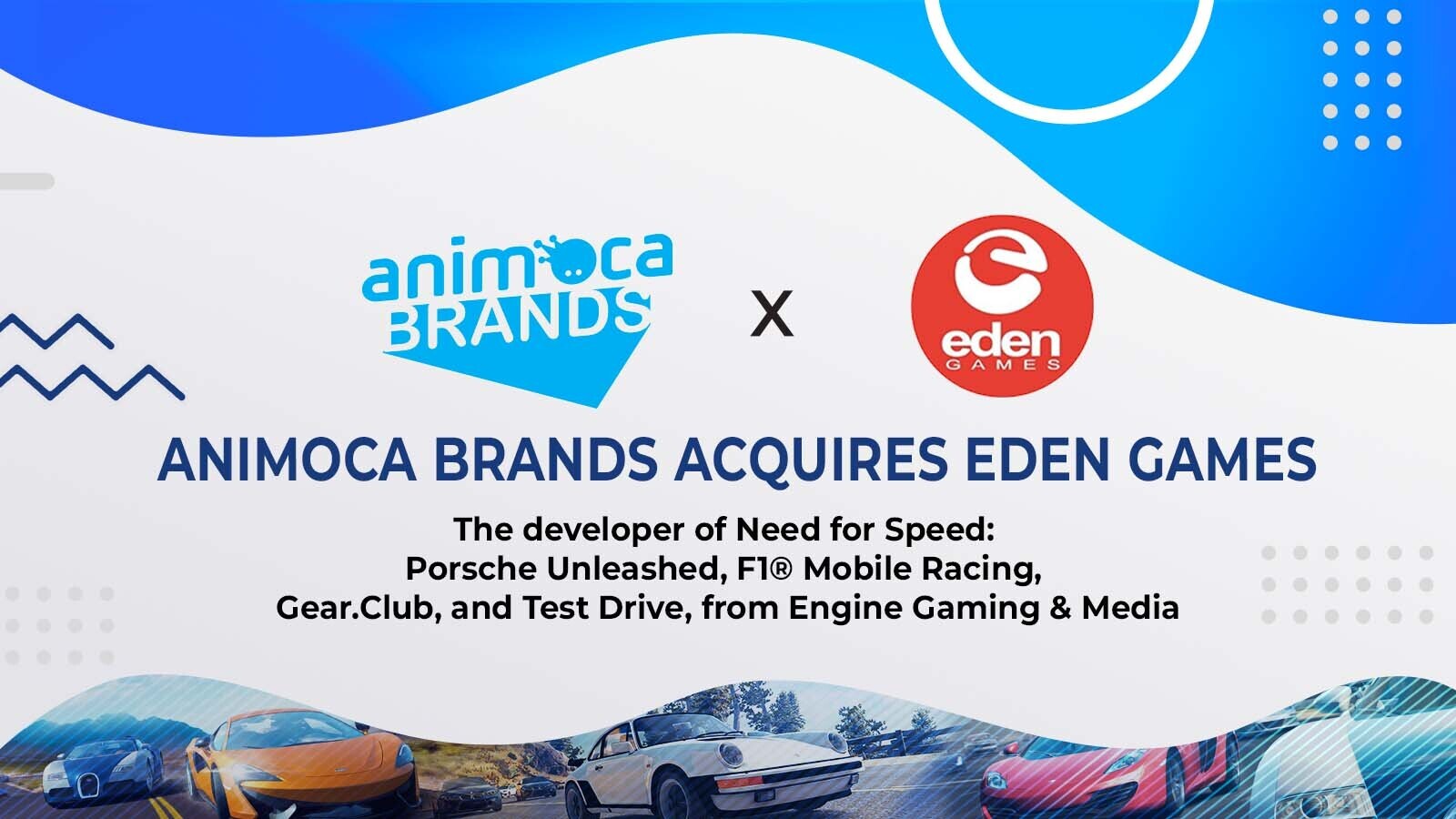 On April 11th, Animoca Brands, one of the biggest investors in the GameFi space, confirmed the acquisition of 100% of the issued capital of Eden Games (NASDAQ: GAME, TSX-V: GAME). Eden Games is the studio behind popular titles like Need for Speed: Porsche Unleashed, F1 Mobile racing, and Gear.Club.

After the recent acquisition of Grease Monkey, another studio specializing in motorsport titles, Animoca Brands is expanding its footprint in the genre with this new deal. The recent news of F1 Delta Time shutting down for licensing issues probably pushed Animoca Brands to speed up this deal in order to be able to bring more racing titles to their users.

Eden Games is a respected game development studio featured in the most prominent app stores. Apple even mentioned their latest game, “Gear Club The Game”, in their event held on the 8th of March.

Apple mentioned the game’s latest expansion of the Gear.Club franchise, Gear.Club Stradale, as the “next big release” coming exclusively to Apple Arcade.

Gear.Club is a hyper-realistic racing simulator that served as the main racing game for World’s Fastest Gamer’s open qualifiers, a first-of-its-kind tournament that transforms motorsport gamers into real-world champions. With over 100 broadcasters in more than 50 countries, World’s Fastest Gamer has over 400 million TV and video on-demand viewers, and they get additional coverage through streaming services.

The company has strong experience working with racing games on mobile, consoles, and desktop platforms. They are the brains behind Need for Speed: Porsche Unleashed, F1 Mobile racing, and the aforementioned Gear.Club.

Over the years, Eden Games amassed over 60 million downloads, sold 13 million game boxes, and built up a solid reputation. Although they’re not the most social company out there, they do have a Twitter profile to follow up on their latest developments.

Animoca Brands mentioned they were interested in Eden Games thanks to their big network of partners as well. 30 established brands partnered up with the company in order to release 3d models and assets in the games. For example, Porsche, Bugatti, Lotus, and BMW all partnered with Eden Games to build realistic models of their cars.

Animoca Brands will work with Eden Games to solidify and amplify the reach of current games and to bring to market a series of new blockchain-based racing games. If the past is of any use in this situation, we can safely assume Animoca will strongly focus on the mobile market, and will likely commission racing mobile games.

In their press release, Animoca also confirmed the new games will provide additional utility to the NFT Race Passes and the other assets obtained by swapping assets from Animoca Brands’ F1® Delta Time, which ceased operations in March 2022.

“With its quarter of a century of expertise in building high-quality motorsport video games, Eden Games will enhance and accelerate the development of the REVV Motorsport ecosystem and add powerful value to the REVV community and the racing metaverse“

Animoca Brands creates and distributes a diverse range of products, including the REVV and SAND tokens; unique games such as The Sandbox, Crazy Kings, and Crazy Defense Heroes; and items based on prominent intellectual properties such as Formula One®, Disney, WWE, Power Rangers, MotoGPTM, and Doraemon.

The company has multiple subsidiaries, including The Sandbox, Blowfish Studios, Quidd, GAMEE, nWay, Pixowl, Bondly, and Lympo. Animoca Brands has a growing portfolio of more than 170 investments in NFT-related companies and decentralized projects that are contributing to building the open metaverse.