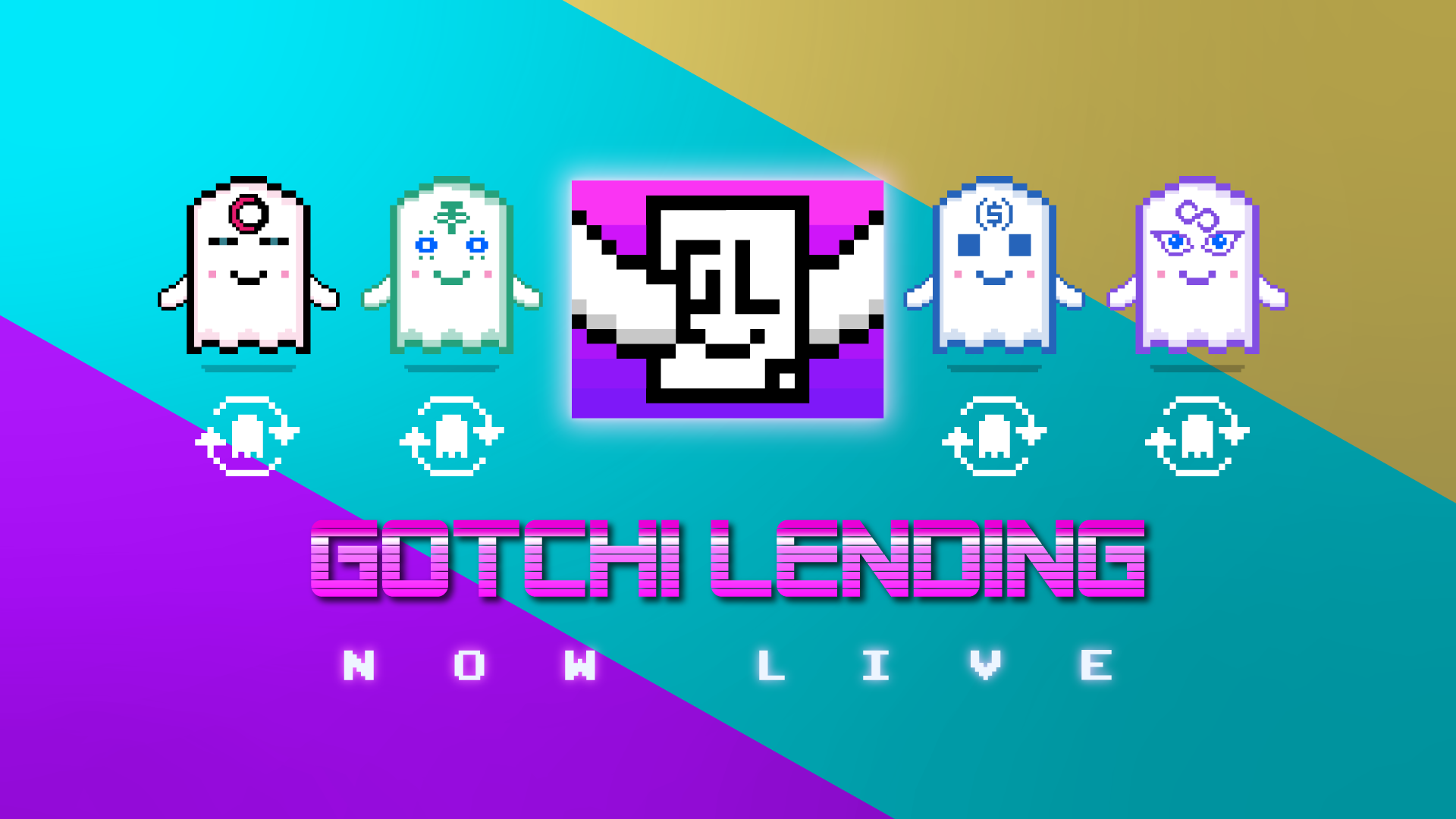 The Tamagotchi-inspired play-to-earn game, Aavegotchi, released its first alpha and a lending platform where players can rent out their NFTs for others to use and profit with. They first announced it in November 2021.

The model is similar to what existing scholarships offer but follows a completely trustless and automatic procedure. There are no guilds or human actions needed to rent an Aavegotchi, and players that rent one can fully experience the game and its play to earn mechanics.

Aavegotchi NFTs can be rented for a limited amount of time, usually 1 to 8 hours, or bought from the Bazar. Buying an Aavegotchi costs a minimum of 600-650 $GHST (at the time of writing, 1 $GHST is worth $2), while renting them is usually free or requires very little sums, usually up to 5 $GHST.

The renting process will include a percentage for the Owner, Borrower, and others that might participate in the asset. As of now, if you’re participating in the beta, most NFTs will give 100% of the profit to the Borrower, since they’re being inserted in the market from the Owners themselves.

When borrowing it, you will see all their traits. More information on what makes one Aavegotchi more powerful than the others can be found in their official Whitepaper.

The process works out within the Polygon Network. Even if the rent is free, please make sure you have a bit of MATIC for the gas fees and to conclude the transaction.

We Tested the First Alpha for You

The first gameplay alpha of the game includes staking for $GHST, some tools to calculate the value of the NFTs you want to purchase, the aforementioned Gotchi Lending, and the bazaar to purchase Aavegotchi.

There are two real main gameplay features: minigames and the Gotchiverse. The Gotchiverse is the metaverse where players can earn real tokens that can then be swapped for another crypto, while minigames are simply for fun. They feature internal leaderboards.

At the moment, there are 8 minigames. In the future, the team will develop new and exciting ways to use Gotchis.

When you first enter the Metaverse, you’ll be presented with a screen to choose the Aavegotchi to play with.

Once inside the Gotchiverse, your goal is to collect as much alchemica as possible. The game refers to “Alchemica” when talking about the four internal tokens you can find inside the map. Alchemica stones spawn randomly inside the pixelated metaverse and you can find them by moving around the map.

When you collect the stones, they’ll show up in the right sidebar. To cash them out, you need to enter the contracts in your Metamask Wallet and run to the nearest black hole. The black holes are properly shown on the map. Here are the contracts for the stones:

Alchemica can also be used to craft recipes, and more in-game utility will be provided moving forward. As of now, you can only craft one book:

The value of Alchemica fluctuates, but swapping them for other crypto or $GHST could prove harder than expected. The developers claim you can swap them on QuickSwap. However, as of now, no DEX or CEX officially supports the tokens, and you’ll rely on liquidity provided by other users. There’s no staking or BP for these stones.

Although interesting and active, the Gotchiverse as it is right now can become boring quite quickly. The only existing mechanic is movement, and the only objective is to catch these stones that spawn randomly from time to time. After a few minutes, this process becomes repetitive and not enjoyable.

It’s always nice to see a play to earn game actually ship a functioning demo, but the Gotchiverse still has a long way to go before becoming a play AND earn game. As of now, there’s not much more than figuring out which NFTs will be more valuable in the future.

Aave is the Finnish word for ghost. An Aavegotchi is a cute little pixelated ghost that has several traits. First of all, there’s financial collateral backing the existence of the little ghost. In addition, these ghosts have random traits, they can wear clothes and other items, and they come with a certain rarity level. You could see an Aavegotchi ghost as a modern piggy bank that generates interest while wearing cool pixelated items. The money backing the ghost will always be there. And adding rare NFT wearables increases its performance and therefore makes it more valuable.

With GHST Aavegotchi has a newly announced eco-governance token. Users can acquire GHST through Uniswap and other exchanges, or the Aavegotchi platform. You buy GHST using DAI, and you need some Aave aTokens, like aDAI for example. Then you need to spend GHST to get a portal, which will give you a cute little Aavegotchi. Owners can use this little ghost in games, sell them for a profit or burn them to regain the money backing its existence.