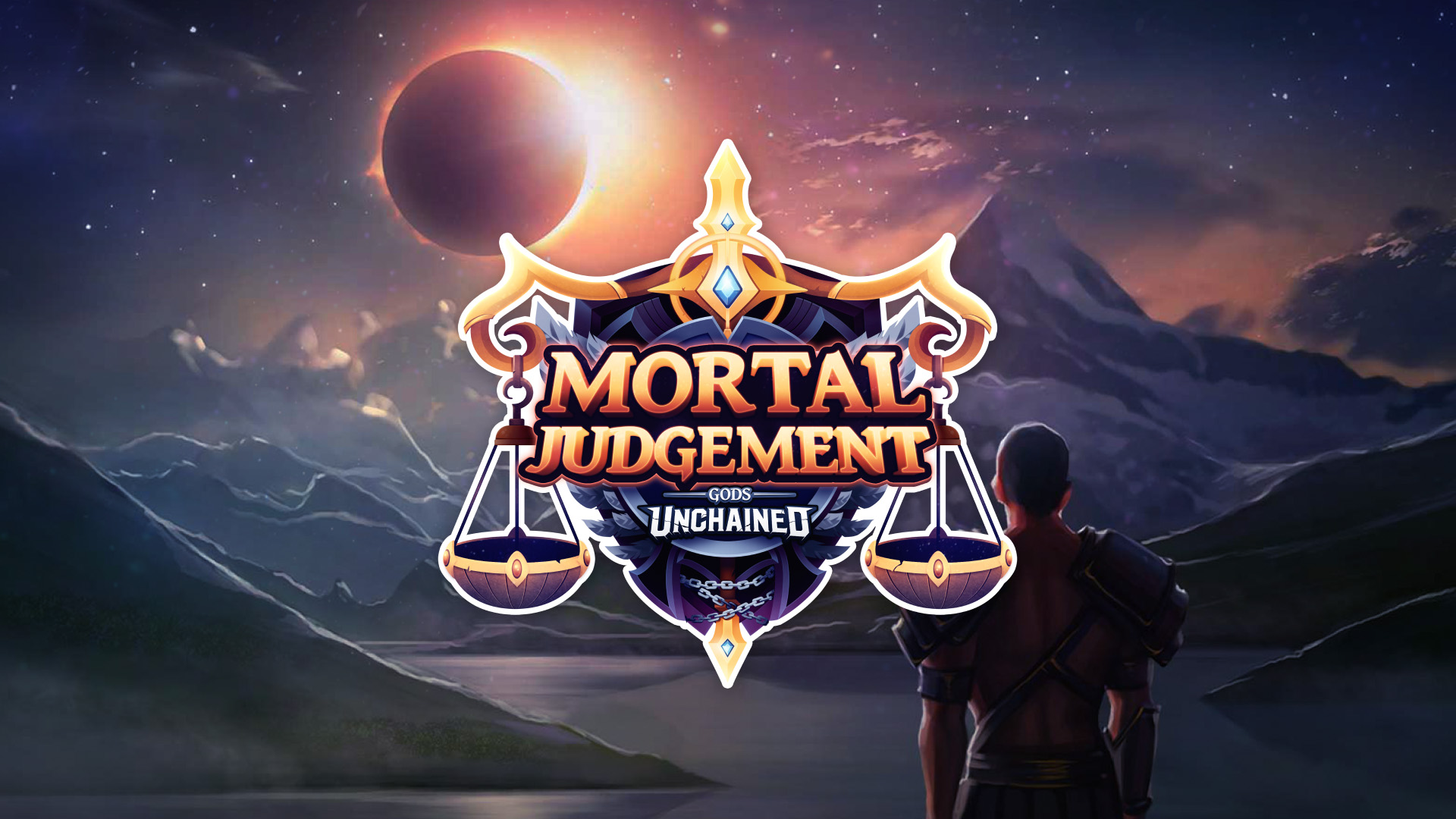 Though it’s only been seven months since the release of their last expansion, Divine Order, Gods Unchained prepares to launch a new set of cards, this one called Mortal Judgement. Mortal Judgement brings us over 190 new cards, three new abilities, and a new 1/1 Mythic card!

Over the last week or so, the Gods Unchained team has been utilizing community content producers to tease us with some of the cards from their new, upcoming set, Mortal Judgement. But now the teasing has stopped and we’re getting some details about this new set!

Mortal Judgment is the last major set of the Champions Rise series. We should receive some new Lore leading up to the release, revealing the fate of the world of Eucos. And for any content creators, be they writers or vloggers, or artists, you can join the Mortal Judgement Hype Train contest for a chance to win packs from this set!

At 190 cards, Mortal Judgment is about the same size as Divine Order. And as has been tradition with each previous set, this one brings us a new, unique, one-of-a-kind Mythic card that some lucky person will find inside a pack! This time, the Mythic is Omox, The Mad. As usual with the Mythic cards, Omox brings quite a bit of insanity to the table. At game start, Omox places himself at the top of both players’ decks. When played, Omox destroys your hand, replacing it with nine, random, 9 mana creatures, and setting the mana cost for each to 1! Whoever finds this card really needs to pair up with the owner of the Citadel of the Gods for some head-to-head matches!

But the biggest addition to this set is three new abilities. These are Echo, Empower, and Tempt Fate. Echo creates a 1 mana, 1/1 copy of itself in your hand when played. This should be a powerful addition for zoo decks and any others that rely on summoning many creatures. Empower allows the player to spend extra mana to trigger a special ability. This is interesting because it lets the card be played as a normal creature for a lower mana cost. Or, if saved or found later in the game, played closer to the mana curve with an extra ability.

And finally, Tempt Fate provides another RNG element. This one is still a bit opaque. It seems that Tempt Fate may allow the player to select an effect from a list of random results, kind of like the current Blessing effect? I’m not sure. Hopefully, this will be cleared up soon.

Sales for Mortal Judgment should open in April.

What about Divine Order?

It’s interesting to see a new expansion arriving this month, while there is still an ongoing sale for the previous expansion. This is not uncommon among physical card games, but I think this is the first time I’ve seen it for a digital card game! I hope Divine Order doesn’t feel too jealous!

Divine Order is still in the balancing phase. The Gods Unchained team released a Core set refresh a month ago. This changed a slew of Core cards and added 70 new ones. With the massive changes from this update, the balancing team wants to make sure that none of the Divine Order cards have issues before the set is locked.

Gods Unchained features several play-to-earn mechanics. Players gain cards by being active players, win packs by competing in the weekend tournaments, and earn $GODS tokens during the Blessing of the Gods event.

The third card set after Genesis and Trial of the Gods, Divine Order introduces several new game mechanics and 190 new cards. Even though the Divine Order set is still undergoing balance changes, players can buy and open packs from the official site.