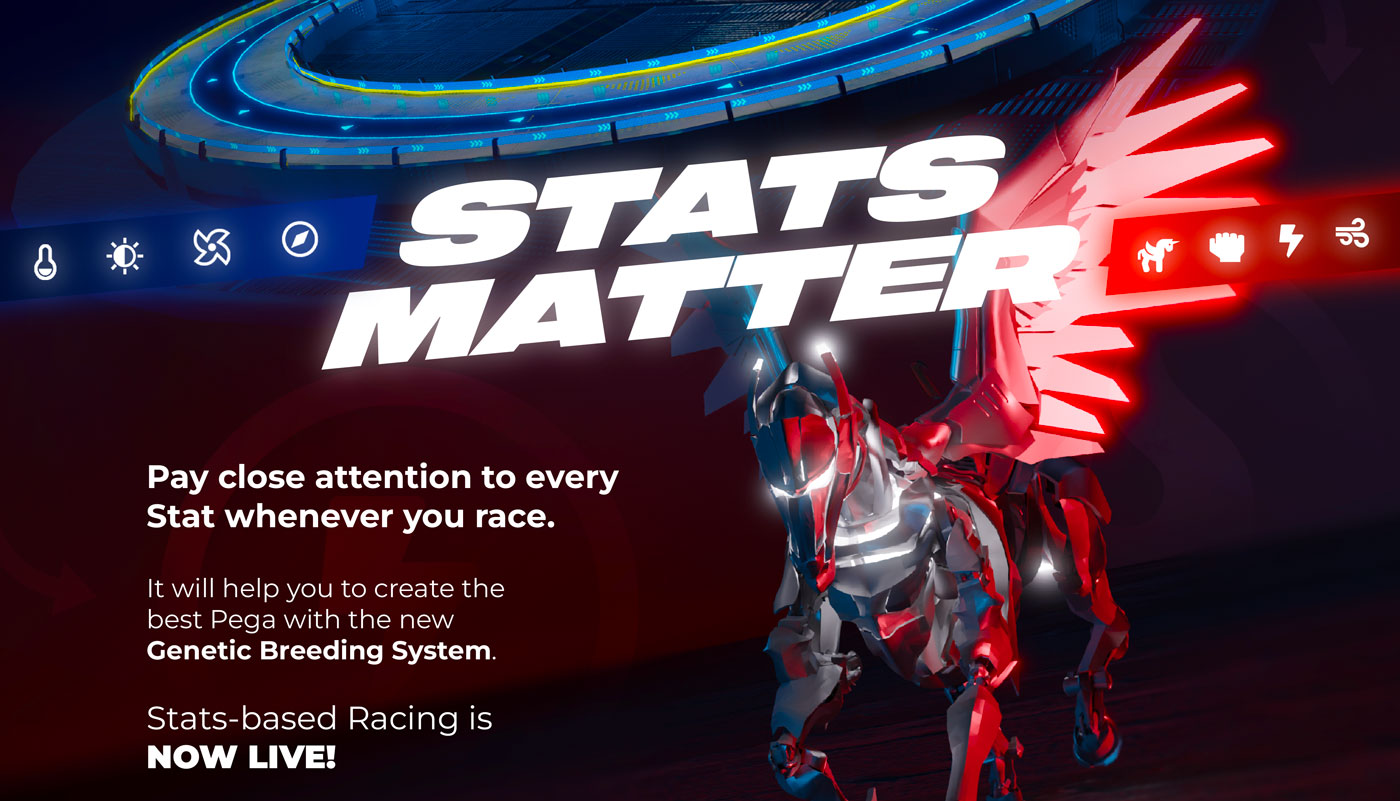 After the previous round of update, mostly focused on breeding rules, the Pegaxy team has deployed quite a few additional updates over the past weeks. Let’s review the latest announcements and what it means for Pegaxy players and investors!

The most significant changes that were deployed over the last weeks are related to the racing rules.

These updates were deployed without prior notice and without the publication of the specific details. This brought a lot of confusion to players, trying to figure out by themselves how to optimize their stables to maximize earnings. This move was deliberate form the team as they don’t want to make it too easy for users or big guilds to crack the code behind the game and profit from the updates.

Since March 23rd, owners are now able to change the rent’s share percentage even while a Pega is being rented. The renter can only see if their share percentage has changed by checking the Pega information panel. A notification system is planned for a future release. Not sure of the rationale behind this decision as it seems quite unfair for renters and owners could easily take advantage of this system.

The team also improved their anti-bot system for public profit-share rentals and plans to expand this system even more in the future.

The breeding event is taking place from April 3rd to April 10th. during this period the breeding cooldown will be removed for all adult Pegas and newborns can be bred after just 48 hours instead of 96 hours. This should incentive players to breed more Pegas, thus, burning more $VIS tokens.

You can watch the video below to learn more about the breeding event.

Crowned Pegas are the gods among the other Pegas. If you are looking for a rare and collectible item in Pegaxy, owning a crowned Pega is the holy grail.

Crowned Pegas can be evolved from any regular pegas by using 5 Fabled tokens. Thse tokens were initially distributed through a referral program during the founding Pega sale. During this event, only 722 Fabled tokens were claimed, quite a limited supply! Fabled tokens are now available in the marketplace and they are not selling for cheap. The floor price currently sits at 950 USDT… and you need 5 of them in order to evolve your Pega. It is important to note that the evolution is not guaranteed and can fail. You can see below the evolution probability table… That’s less than 40% chance to evelove your Pega into a crowned Pega… Once all the Fabled tokens will be used, no crowned Pegas can ever be made.

More details about the Fabled tokens and Crowned Pegas are available in the Pegaxy Whitepaper.

The mobile app releases has been expected by players for quite a while now. the team just made the announcement yesterday that the app will be launched in April. No specific date is set yet, but Pegaxy mobile is coming soon for iOS and Android users.

To keep yourself up to date with all these changes, you should join the Pegaxy Discord server and follow their Announcement channel.