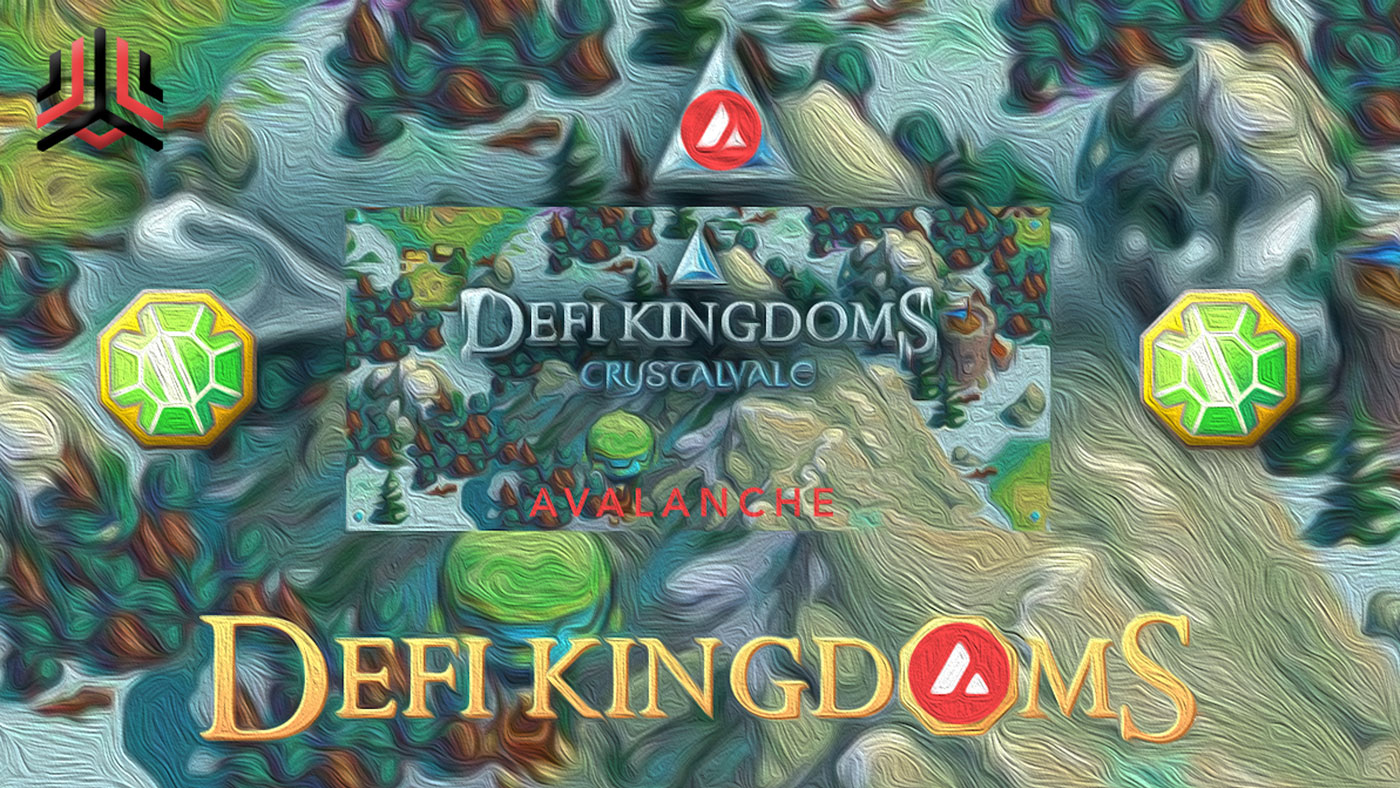 Defi Kingdoms, one of the largest DeFi / GameFi projects in the crypto market, just launched its Crystalvale expansion on their own Avalanche subnet, the DFK chain. The launch was a major success, and could signal the rising importance of AVAX as a network. Moving into the future, other projects are likely to follow in the footsteps of Defi Kingdoms.

Defi Kingdoms is one of the largest DeFi / GameFi projects currently on market in the crypto space. The game has been around for a couple of months, and currently sits around $400 millions in total value locked within the ecosystem. At its peak in January of 2022, DFK held as much as 900 millions in players and investors dollars. The ecosystem has consistently promised massive APY to its holders, at times being as high as 5000%. It should be noted that DFK is a risky investment at best, as it suffers from the same volatility as the rest of the crypto market and DeFi platforms.

On December 6th, Defi Kingdoms posted an article on their Medium discussing a collaboration with Ava Labs, the dev team behind the Avalanche blockchain. The team had been mostly quiet on the development, but in a surprise announcement on March 23rd, the Crystalvale expansion was confirmed as going live on March 30th. On launch day, the Avalanche chain saw a 30% spike in transactions according to the head of engineering at Avalanche.

Synapse, the bridge protocol used to move assets to the new DFK Avalanche subnet, saw a record $330M in total transaction values, more than doubling its previous record of $157M.

The Cyrstalvale expansion also introduces its own token, $CRYSTAL, that will be unique to the DFK Avalanche subnet. At the moment, users can provide liquidity in different pools and get rewarded in $CRYSTAL tokens. The JEWEL/XJEWEL pool peaked at an impressive 4,000% APR on the first days after the launch.

The DFK bridge to the Avalanche subnet was a huge success, as can be seen by some of the staggering statistics above, but this event is important beyond just DFK. Defi kingdoms is a huge game with lots of eyes on it, and the successful bridge to a new network serves as a proof of concept for other games. DFK has shown that when a bridge event like this takes place, both investors and players are willing, even happy, to move with the game to the new chain.

If other games proceed to follow in DFK’s footsteps, each new subnet on the Avalanche chain will contribute to the overall market cap of the AVAX token. Each new subnet will also help expand the influence of Avalanche into more games and more ecosystems, further cementing the chain as one of the biggest players in the space.

Each subnet can also use its own token to settle transaction fees. Adding another layer to the complex subject of play-to-earn game economies. Transactions settlement gives new utilities to tokens earned or acquired by users.

With DFK now on the AVAX chain, Avalanche now has access to the largest play to earn GameFi project in the space. By allowing projects to create their own subnets, AVAX can soon become one of the biggest hubs for blockchain gaming.

Defi Kingdoms launching on AVAX can have significant implications for other play to earn games and the success they could see on the Avalanche chain. This will also help to expand Avalanche’s influence and importance in the space, potentially pushing up token price, and making AVAX one of the biggest players in the blockchain gaming and DeFi space.

Remember that DFK and AVAX are both risky investments, and be sure to do your own research if you want to invest in either of these ecosystems!