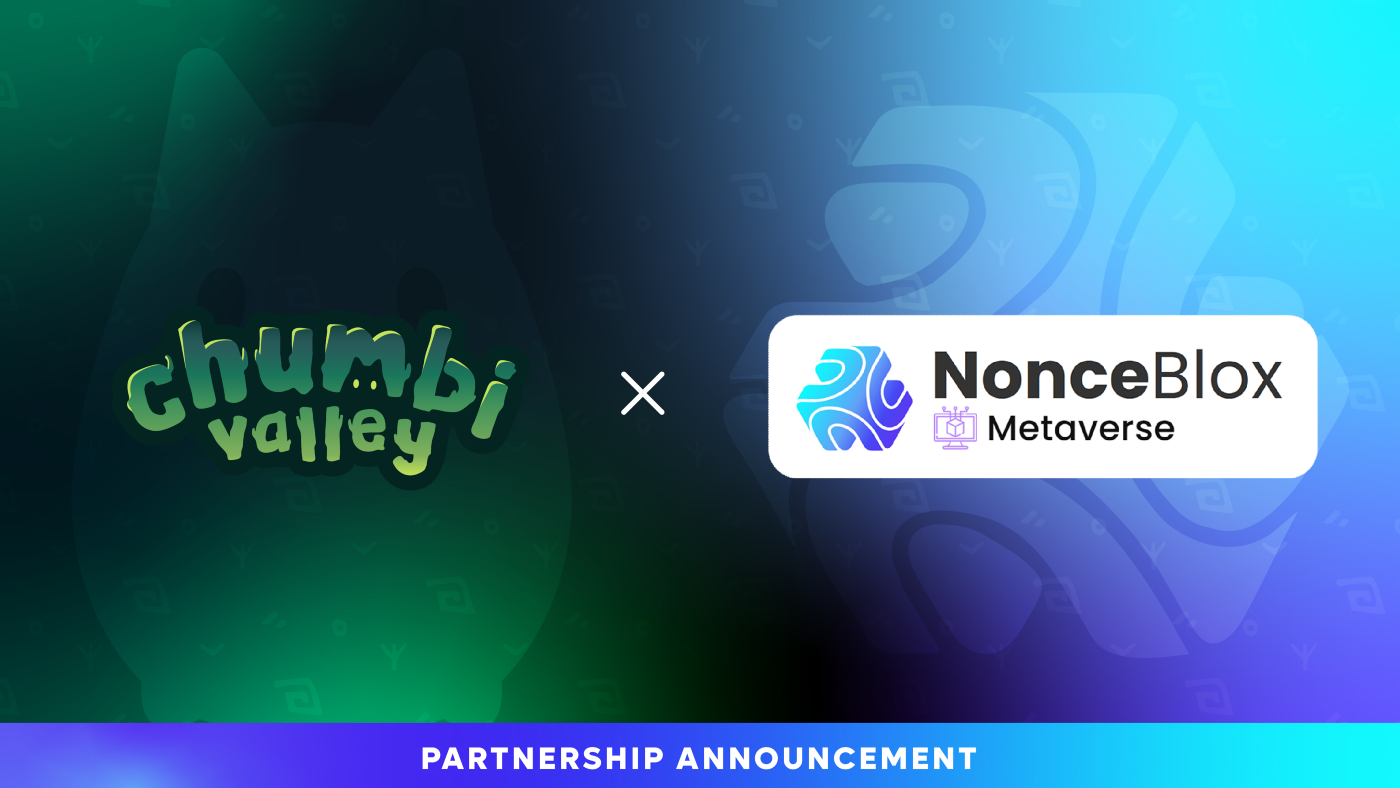 Chumbi Valley is extending its strong partnership with NonceBlox, and confirmed the NonceBlox Metaverse Team will now handle the development of the game.

The team at Chumbi Valley was already cooperating with NonceBlox, but limited the partnership to the blockchain division. Their previous game development partner was “Vulcan Forged”, the same company behind the Vulcan Metaverse.

Chumbi Valley claimed Vulcan Forged wasn’t the right match for them in their latest medium post but confirmed all assets and visual art will be kept. The transition to a new studio will not impact the progress made on UI/UX and game design.

NonceBlox is a popular solution for everyone in need of blockchain consultancy. Their team is made up of blockchain experts, and they recently started expanding in the metaverse. Ritam Gupta, the founder of the company, is an advisor for the game and will make sure the development remains a top priority for its team.

The announcement doesn’t come out of the blue, and is probably correlated to Vulcan Forged focusing on their own IPs, many of which we covered in our latest update on their developments and metaverse expansion.

In the article, Chumbi Valley cleared up the confusion and stated they’re not interested in rushing the development or release of the game. They also stated the new partnership will speed up development significantly, as they already know how valuable the NonceBlox team can be.

Its goal is to help businesses go digital while also producing intrinsic value. By building specific digital solutions that accomplish the intended goals, they assist organizations in identifying and resolving industry difficulties.

The team creates solutions on Ethereum, Bitcoin, Hyperledger, Polygon, Solana, BSC and Polkadot. They have over 200 employees, and work within 15 different niches, including gaming (GameFi)  and finance (DeFi). They finalized 200+ projects for their clients, including 12 whitelabel products.

What’s next for Chumbi Valley

Alongside the transition announcement, Chumbi Valley announced a hefty package of news coming in the next quarter.

The most important update, which was already announced in February, is the Gen1 breeding phase, where over $1,000,000 $CHMB can be burnt for breeding.

In addition, the team confirmed their VCs will all get a new vesting period for their token, in order to stabilize the delivery, and switched their marketplace, merchandise, and land sale to $CHMB only.

More information on the new circulating supply and dates for the events coming up will be announced soon.

What is Chumbi Valley

Chumbi Valley is a tamer, battler game, much like Pokemon, built on the Polygon blockchain. Players breed and raise creatures called Chumbi. Players and their Chumbi explore, farm, breed, craft, and battle. The game is free to start. Each new player will be paired with an Ancestor Chumbi that can help you get started but which cannot be sold or traded.

Chumbis have various body parts, six in total — coat, ears, horns, eyes, mouth, and pattern. When born, each Chumbi has two attacks, 2 effects, and an ability. A Chumbi’s main type and its coat type determine its attacks, while, ear and mouth define its effects and the pattern defines its ability.

Chumbis level up as you use them. They learn spells, explore, find items and fight wild Chumbi. Feeding them makes them happier, and they must eat a special candied apple every five levels to continue progressing. Each player has a Forest Home area that they can decorate. This is also where you can grow crops and manage your Chumbi. Growing crops requires seeds and regular watering. Feeding your Chumbi makes them happier.

In addition, Chumbi Valley gameplay includes offline gathering, a built-in delegation system, and of course, land ownership. Also, along with the gameplay comes a DeFi feature called the Shrine of Giving. Stake CHMB token to earn more CHMB tokens and NFTs as rewards. Assign a Chumbi at maximum happiness to increase your returns!