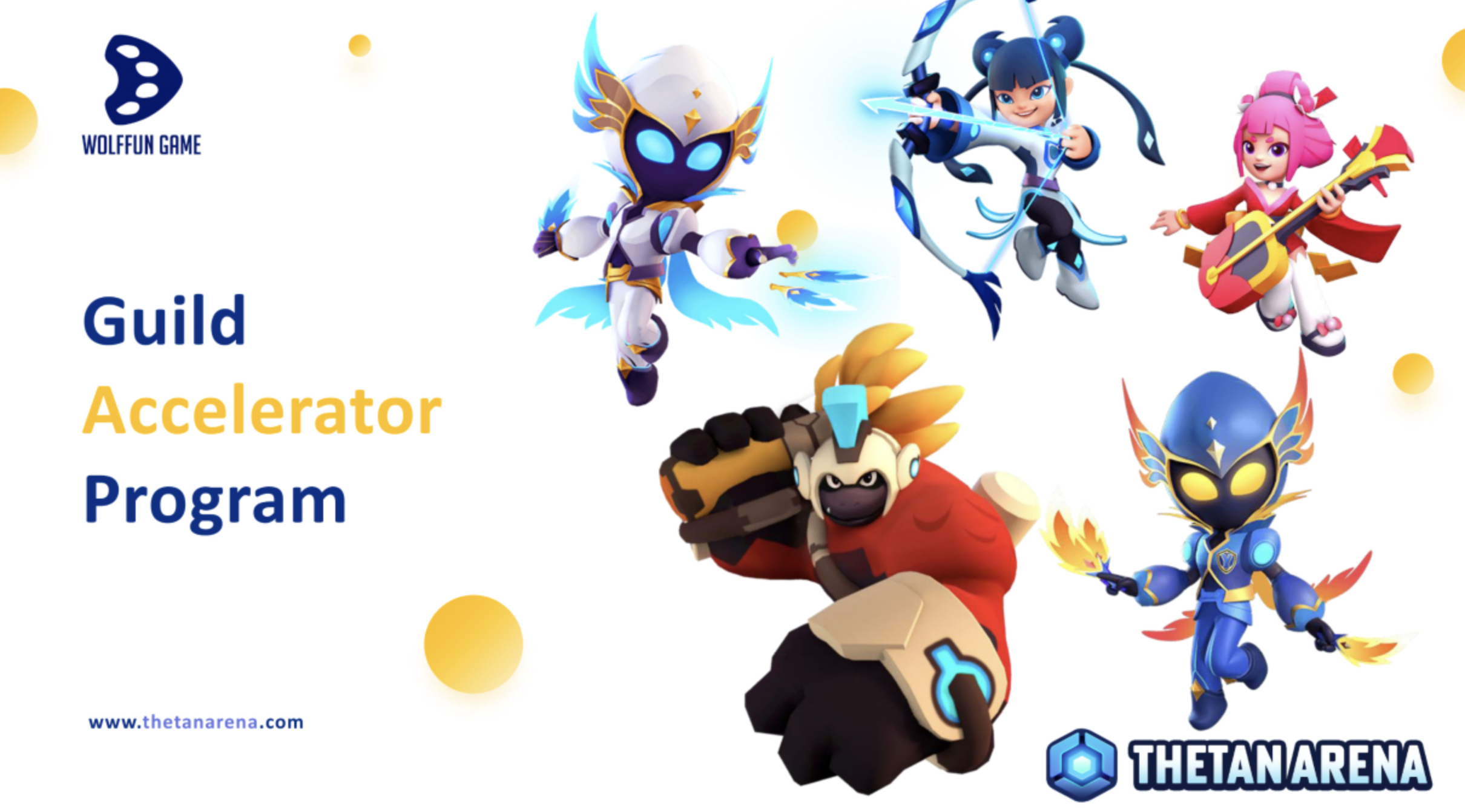 After releasing details of their content creator program in previous weeks, the team behind Thetan Arena teases guilds to join their guild Accelerator Program with a grant pool of 500,000 $THG. The program has been named G.A.P 2022.

According to the program guidelines, the guild’s Twitter account should mention @ThetanArena in its twitter description, highlight Thetan Arena on its websites, and update its guild rank on Twitter. After satisfying the qualifications, guilds will be required to register and will be given a referral link to track new NFT users invited by the guild.

How the Guild Accelerator Program Works

In order to participate, guilds that fulfill the requirements will need to submit the registration form available at this link.

During this program, each month will have a scheme of specific activities that align with Thetan activities. Such activities like streaming, creator content, tournament and in-house events, aiming to increase community engagement, will be deployed alternatively as below:

After verifying your registration, Thetan Arena will send a Referral Link. For each NFT user invited by your Link, the guild receives 1 guild Point. An NFT user is a player that completes the first 5 battles in Thetan Arena and has at least 1 action on Thetan Marketplace (buy box, buy hero, rent hero, stake $THG).

Guild points are reported monthly at the end of the month. Based on the accumulated guild points, the guild will receive a bonus + benefits accordingly. Benefits may include special roles in the Discord channel, whitelisted wallets, constant support, AMA with the team, and so much more.

The guild will commit to monthly activities with Thetan, then send the monthly report to gain a Grant Application Package. The two available packages are

The full list of perks and requisites is available on their documentation.

Although the team has significant funding and a great game on their hands, Thetan Arena’s governance token, $THG, is taking continuous hits. In the last month alone, it went from $2 to $0.20. Players are getting discouraged, and the game is not really pushing NFTs and play to earn mechanics hard enough.

The $THC token price action is even worse. The rewards token keeps dropping and there are not enough utilities for this token to prevent players from just dumping their rewards in the open market.

The team has also been accused of a lack of communication with their users, which are mostly standing by waiting for an update that would rebalance the internal economy.

The problems might also be related to the free-to-play model, probably way too generous. New players see little to no incentive in buying NFTs to profit and earn $THG from the gameplay, as the price fluctuates way too much and they could never receive a positive ROI from the investment.

Additionally, the growth of the player base is becoming stagnant, and the chances of Thetan Arena becoming once again a popular hit in the play to earn space are low.

What is Thetan Arena

Thetan Arena is an e-sport game available for Android and iOS devices. The game resembles a classical MOBA with fun and engaging gameplay and also features a Battle Royale mode.

The game is one of the most popular play-to-earn games you can play right now, boasting over 23 million players, a working marketplace, and a duo-token economy on the BSC.

To learn more about the game and how to get started, read our Thetan Arena Game Guide.