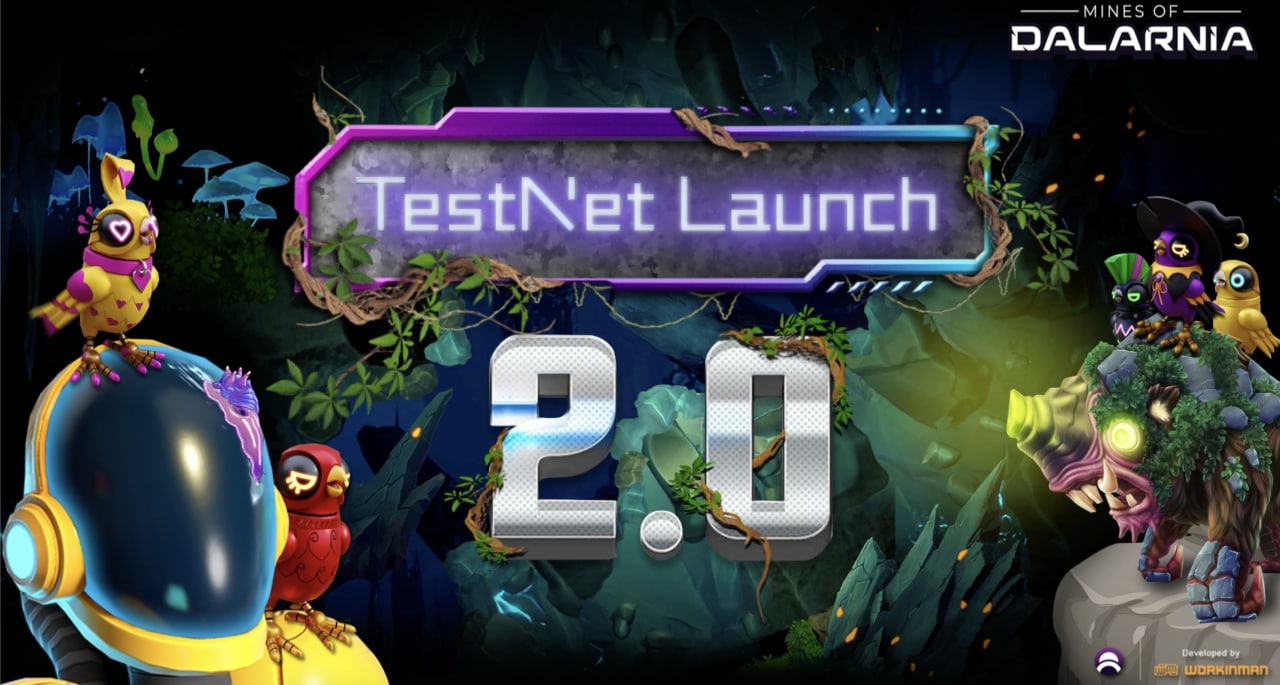 After releasing a first alpha version open to anyone, the Mines of Dalarnia team started working on the version 2.0 of their highly anticipated casual play-to-earn game. They just opened the testnet for this second release and players of the version 1 can now apply to test this new version. If you believe in the project and want to earn passive income, you should take a look at the second land sale that is about to start.

Back in February, the Mines of Dalarnia team released some teaser images and videos of the upcoming 2.0 release. Less than one month later, the team delivered and released the update on the Chromia Testnet. The game is still free to play and no earnings are possible at this stage as it runs on a test network.

They started by opening their doors to 200 lucky testers and they are slowly expanding the number of testers. Everyone who has played the first version of the game is eligible to test the 2.0 release. If you played it, all you need to do is complete a couple of tasks on twitter, join the discord server and fill in this google form. All the details can be found in the Google form.

Some of the first testers recorded videos to showcase the new gameplay. We have read in the discord channels that some players prefer the more simple graphics of the first version. I think that the upgrade looks great and it’s just a matter of time until early players get used to the new look and feel of the game.

You can view more details in our previous article about the Mines of Dalarnia 2.0 update.

The team also announced the details of the second Mines of Dalarnia land sale. This sale is exclusively reserved for Mining Apes NFT holders. If you want to participate you will have to buy a Mining Ape on the secondary market. The floor price for mining apes is o.38 $ETH at the time of writing this post. You can check out the official Mining Ape collection on OpenSea.

The land sale will feature 500 mining plots on the first planet of the game, Terra Prime. As a mining plot owner, you will receive revenue when other players pay to mine on your land. Lands can also be sold on the open market.

To participate, holders of the Mining Ape NFTs will have to deposit at least 100 $DAR tokens (BEP20) on the official land sale website landsale.minesofdalarnia.com. The deposits open on March 7th and the snapshot period starts on the 14th and ends on the 21st. At the end of this period, adresses will be selected by a lottery drawing. The amount of lottery tickets per address is determined by the amount of DAR tokens deposited. If you win a land, 100 DAR tokens deposited will be used to buy the land NFT (Around $70 at the time of writing this post). All the details about the sale can be found on the land sale Medium post.

What is Mines of Dalarnia