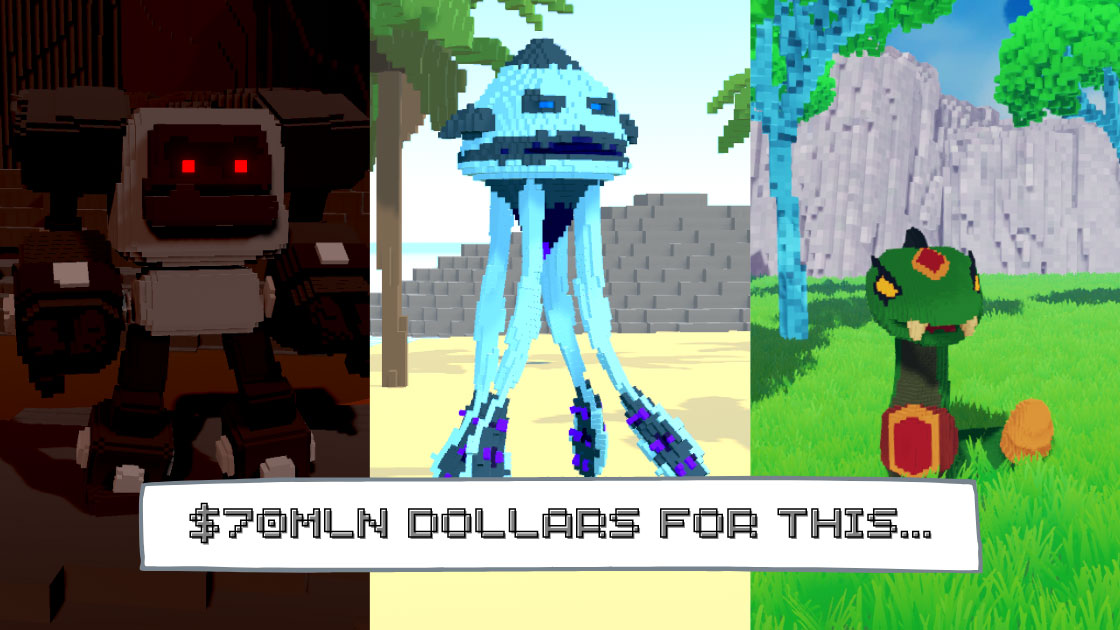 Pixelmon completed its first pre-sale of NFTs on February 7th. The sale took place in a dutch auction with a starting price of 3 ETH. Pixelmon managed to sell 7,750 NFTs for a total of approximately 22,475 ETH or the equivalent of $70 million. The sale lasted less than 30 minutes.

Pixelmon is, without doubt, the play-to-earn project that got the biggest funding of all time for a game created by a 21 years old no one knew a few months ago.

Players felt robbed, the community was shocked, and Pixelmon’s CEO tried to explain how we ended up here on Twitter. Let’s take a step back.

How did Pixelmon use the funds?

There is plenty of controversy over how the funds were used. The Pixelmon team allegedly used 400 ETH of the development funds to buy some NFTs such as Bored Ape Yacht Club (BAYC), CloneX, and Azuki.

Additionally, users found out some of the art was possibly stolen from the Unity Marketplace and other designs were purchased from Upwork, a freelance marketplace where businesses can hire people for cheap.

The 21-year-old founder commented on the topic guaranteeing no funds have been used improperly, and that the 70 million were raised after the initial art developments, meaning they took advantage of cheap labour and the available assets in Unity because they didn’t have any funding at the time.

Almost no one seems to believe him, though, as several Pixelmon holders followed the transactions in the ETH wallet of the founders and noticed a $1.1mln move that was then used to purchase several NFTs from hot projects in the space.

Although there are reasons to believe the founders used Pixelmon as a cash grab, the biggest reason Pixelmon revealed as a flop was the hatch.

After the dutch auction, where users spent up to $7,000 per NFT, Syberer released the initial 3d renders in-game on Twitter and Discord, voicing his deep disappointment in seeing the final result of their efforts.

The NFTs in the game look absolutely horrendous, literally something a 3yrs old could draw during his afternoon nap, and buyers rightfully felt outraged. They started selling as fast as possible to not lose all their hard-earned cash in the investment and tried to run far away from Pixelmon. The justification given by the developers is that Opensea doesn’t allow to render enough polygons in the game, making the 3d art unfeasible at the current stage.

The floor price on OpenSea for a Pixelmon is now 0.33ETH, and it’s destined to go even lower in the upcoming days.

You will see most of the iconic reveal fails while reading the article, but one was spotted more than others: Kevin.

The team promised they will now pledge $2 million to work with established game studios, and they’re allegedly working with a big team of hundreds of game developers and designers to re-establish their reputation.

While their Twitter account is being roasted publicly, and the NFTs are being shared as the funniest memes of the play-to-earn communities, they remain positive about the future of Pixelmon and keep sharing their ambitious roadmap with the world every time they can.

Takeaway After The Laughs

Seeing how ridiculous some of the Pixelmons looks, especially when compared to the amazing art in their OpenSea preview, can be fun. However, remember people spent thousands to purchase them, and are now left with nothing.

The team behind Pixelmon raised the same amount of money invested to create games such as Call of Duty Black Ops and The Witcher 3. We’re talking about huge teams, all built with highly paid individuals, creating something unique and stunning.

With the same funding, the team delivered an embarrassing pre-alpha product that has no hint of becoming better in the future. Even if they’re working on rebuilding their reputation, and announced they’re now interviewing with a new Game Studio a few hours ago, it’s unlikely we will ever see Pixelmon come to life.

The good thing about Pixelmon is that it has now become a great source of memes. Just search the #kevin on Twitter and you won’t be disappointed.

Remember to always invest what you can afford to lose, and don’t get carried away by each new shiny object. Research the projects and, even then, don’t put all your eggs in the same basket.