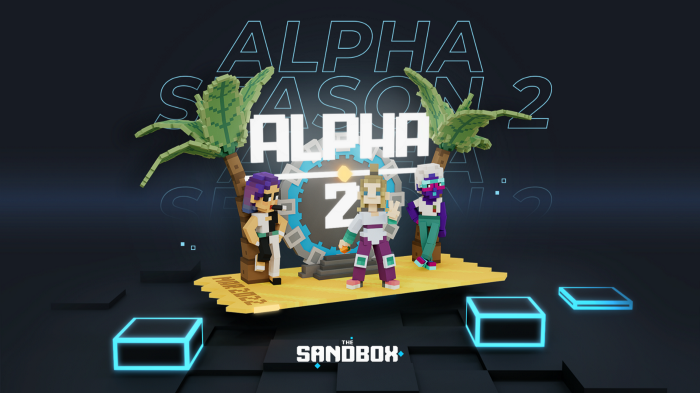 The number of quality gaming experiences available on The Sandbox continues to grow daily. And, to showcase a few of those, Sandbox introduces Season 2 of their Alpha testing. But unlike Season One which had a limited number of participants, this time around, anyone can join and potentially earn SAND as a reward for playing!

Sandbox continues to be a hot commodity. Selling out every land sale and announcing collaborations left and right. But with all the hype, sometimes we forget that teams are already creating high quality games on the Sandbox platform. To showcase some of these and display the potential of it’s metaverse, Sandbox is launching Season 2 of it’s alpha program. During Season 2, players can try out a number of different, curated experiences, complete quests, and potentially earn a nice stash of SAND tokens!

The second season the Sandbox alpha opens on March 3rd and runs through the end of the month. A total of 35 experiences are available in all, with over 200 quests to complete. It includes 18 experiences from Alpha Season One that have been improved and upgraded.

Four of the new experiences have come out of the Game Maker Fund, which is a cool thing to see happen! These include Border Town of Tang Dynasty, a fight against an evil demon, The Funguys Kingdom, a multiplayer mushroom experience, Meta Dungeon, a hack and slash adventure, and Dracula’s Castle where players face off against the infamous prince of darkness!

The game is available for both PC and Mac systems. The download is free and available to everyone. But you must create an account with Sandbox and link your ETH wallet. Otherwise you won’t be able to receive any rewards! To join The Sandbox create your free account here.

Players can earn up 500 tickets via questing. Holders receive a flat amount of tickets based on the NFTs. Thirty tickets each for holding a Season 1 Alpha Pass, a Snoop Dogg Private Party Pass, or a Snoop Dogg Early Access Pass. Landowners receive 40 tickets per land, up to a maximum of 200 tickets. And anyone who participated in Season 1 and provided feedback gets 10 tickets. Holder tickets max out at 500, meaning each wallet can have 1000 tickets at most.

Lottery drawing will be held on March 31st at 7pm UTC and winners contacted via email (be sure to always double-check the links!). We don’t know how many Alpha passes will be minted. Nor if the amount of Quests completed affects the SAND reward. Hopefully those details will be released to us soon.

Base reward is 500 SAND, with bonuses for the total amount of mSAND (SAND token, but on the Polygon network) staked. This bonus can reach 100%. So, there is a potential for every winner of the Season 2 Pass to receive 1000 SAND (worth over $3K USD!) What don’t know the exact numbers for the booster system, but we do know it will count all staked mSAND.

Aside from the raffle, there are also chances to win Season 2 Alpha Passes from Sandbox’s social media contests. Keep an eye on their website for opportunities.