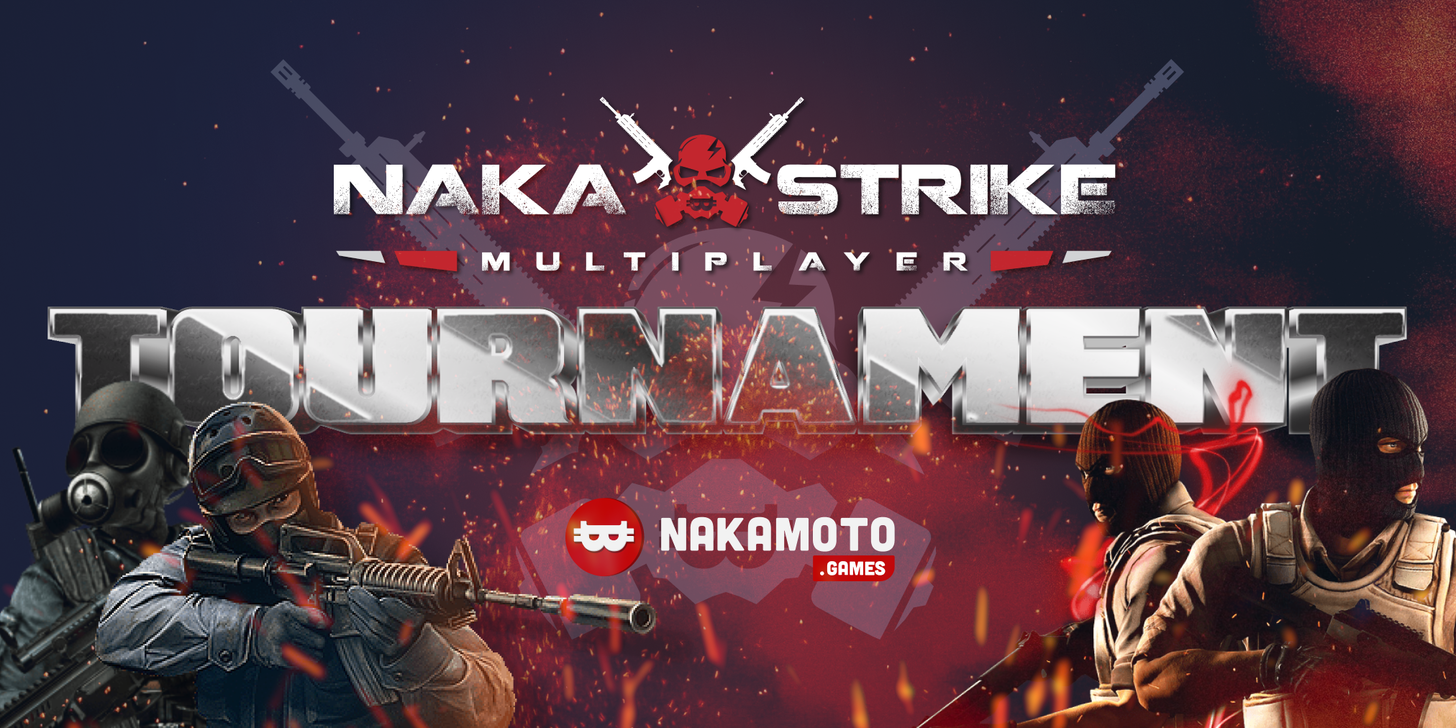 Nakamoto Games announced a $10,000 prize pool for their newest game, NAKA Strike. The gameplay strongly resembles Counter Strike, and it’s one of the first FPS available with Play to Earn mechanics.

The inaugural NAKA Strike tournament is scheduled to run from March 1 to March 20th. Both new and existing Nakamoto Games players can enter the competition by registering on the tournament page here between February 23 to February 28.

Requirements to Participate in the Tournament

Users are required to have at least 10 game tickets and a record of at least five transactions in any games within the Nakamoto Games ecosystem to be eligible.

At the moment of writing, 1 ticket is 2.1 $NAKA, equivalent to about $1USDT. $NAKA Tokens can’t be purchased directly, and need to be traded on exchanges. The team announced NAKA Tokens will soon be purchasable with fiat currency.

The exchanges currently supporting $NAKA are Kucoin, QuickSwap, Mexc, Bitsmart. Most of them are trading the pair USDT/NAKA, and you’ll need an ERC-20 compatible wallet to store and send USDT for the trade. $NAKA recently moved to Polygon, so you won’t need to worry about gas fees.

Registered users are enrolled into a pre-qualification period where they score points for actively playing NAKA Strike. The best 64 players from the preliminary qualification stage will be selected to participate in a six-round knockout format (Round 32, Round 16, Round 8, Round 4, and the Finale) to determine the Grand Prize winner.

What is Nakamoto Games

Nakamoto Games gives anyone with a cryptocurrency wallet the ability to access a wide variety of play-to-earn games. Most of their titles resemble old hits of the past, such as NAKA Strike, resembling Counter Strike, and NAKA Runner, resembling Temple Run.

Tickets can be purchased with $NAKA. Once inside the game, players can earn NFTs and trade them in the marketplace, along with participating in tournaments specific to each game.

$NAKA is currently on a bullish trend, up 10% in only 24 hours after the announcement of their latest tournament. The token serves as an in-game reward and governance token, making all players in the ecosystem participate actively with proposals and voting.

If you’re interested in learning more about the token and its utility in the platform, refer to the Nakamoto Lightpaper.

Nakamoto Games has big ambitions for the esports scene, and we’re likely to see more developments and tournaments coming in the future months. Their biggest project, Nakaverse, will feature land play and is set to be released soon. Witly will be the first marketplace to offer Nakaverse assets.

Developers can launch their play-to-earn games to the Nakamoto Games user base, similar to how mobile app developers deploy their applications in the Google Play Store.

What is NAKA Strike

NAKA Strike is a first-person shooter game where players are divided into two opposing teams that battle each other for territorial supremacy. The only available mode, for now, is deathmatch, but more are coming shortly.

Players start with a default weapon but can pick up more from the battlefield. Additional resources, such as ammo and cosmetics, are also available in the marketplace.

NAKA Strike is the first competitive game of Nakamoto Games and aims to be the first FPS to attract a global audience by following the style and combat modes of Counter Strike, the free-to-play Valve Hit on Steam.