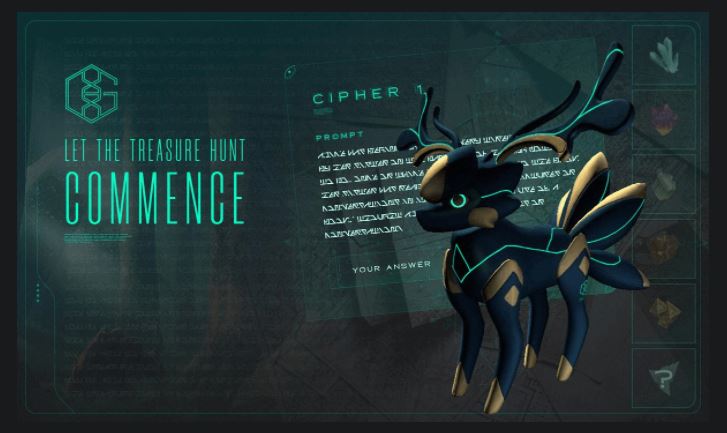 Genopets continues their tradition of slightly unorthodox NFT releases by sending players on a treasure hunt to acquire pieces for their next Genesis NFTs, the Habitats. Over the next several weeks intrepid treasure hunters can solve the puzzles and unlock the ability to mint Elemental Crystals, with the goal of creating a Genesis Habitat at the end.

When the Genesis Eggs hatched, Genopets had the owners play a mini-game before they could see what creature emerged. Now for the next phase, Genesis Habitats. To be among the first to own a Genesis Habitat, players must solve a series of puzzles and find all of the necessary components. Over the next six weeks, players, treasure hunters, and anyone else who is interested can jump onto the clues and try to solve the puzzles. The first first five weeks feature different Elemental Crystals as rewards. While the final week will see players attempt to finish the quest and complete their Habitats.

Anyone can join the Treasure Hunt, but you do need to verify your game account with Genopets first and also link your Discord account. Each week, a new puzzle will be released, allowing the first 5000 who solve it to mint the corresponding Crystal. Minting a Crystal costs 1 GENE token plus a little SOL for gas costs.

To craft a Genesis Habitat players will need a Terraform Seed (already minted – purchase on the secondary market if you don’t have one), one of each of the five Elemental Crystals, and ten GENE tokens. If you miss out on the treasure hunt, you can buy Crystals from secondary sellers.

The first puzzle requires some code-breaking skills, as there is a mysterious and difficult to decipher message… https://genopets.me/treasure-hunt

Habitats are 3D, generative landscapes that function as homes for Genopets. And while the game is free to play, the benefits of owning a Habitat are large. Habitats allow earning KI tokens, producing unrefined crystals, refining crystals, crafting, and upgrading your Genopet! Players can also upgrade Habitats, allowing for quicker crystal production and refinement. Habitats produce unrefined crystals daily. After refining, crystals become NFTs that can be sold and traded.

Unlike regular Habitats, Genesis Habitats are not confined to single elemental type. They can produce unrefined crystals from all elements!

After the Treasure Hunt completes, there will be a chance to purchase limited edition Genesis Habitats. It’s unclear how many will be available and how much they will cost. But, if you pick up the pieces you need and finish the Habitat quest in week 6, you can skip the sale altogether!

Genopets is a free to play, “move to earn” game built on the Solana blockchain. Genopets uses data tracked by a smartphone or fitness wearable to level up a Genopet NFT in the game. Players can then summon their pet, and quest in the Genoverse to explore hidden lands, find loot, craft items and battle with other players. This also means that gamers can walk around, level up their NFT and then sell their progress on the public marketplace. That’s why they embrace the term: move-to-earn.

The play-to-earn economy of Genopets consists out of four elements:

Players can generate income from leveling up Genopets and selling them. Or they can build a habitat and sell the Crystals and KI tokens produced. The GENE token exists on both Solana and Binance blockchains.