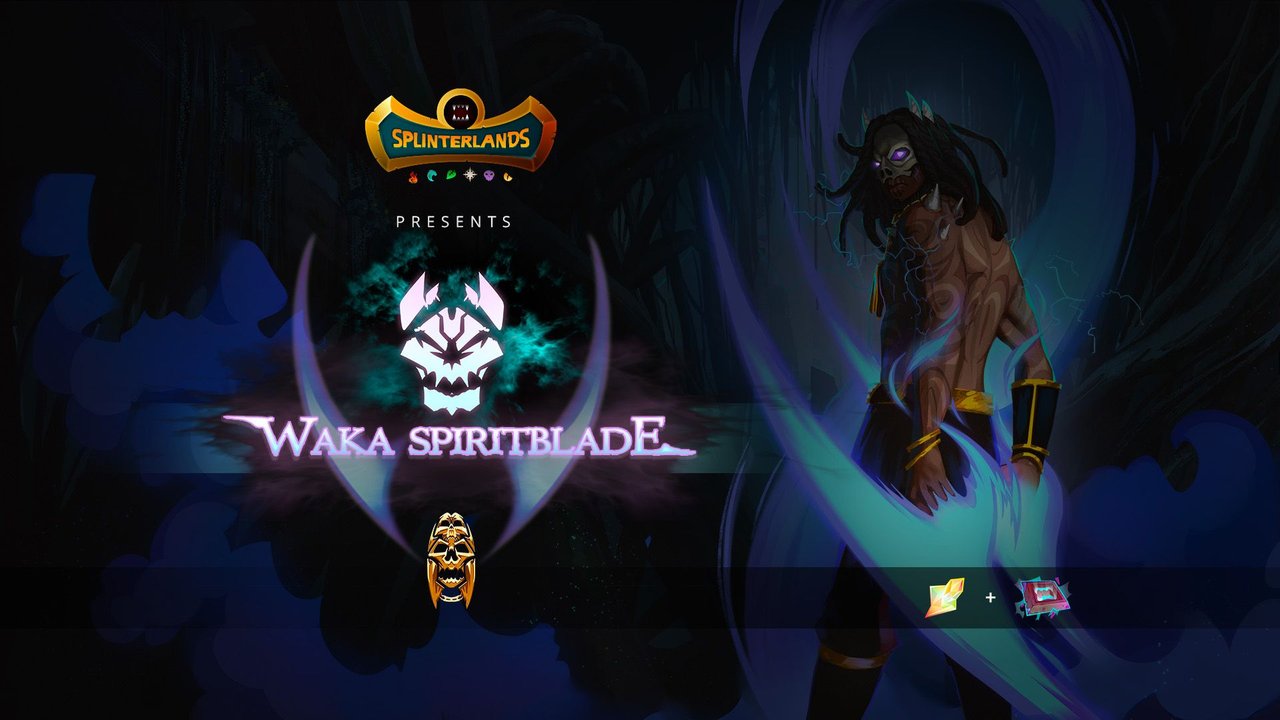 In another instance of celebrities teaming up with blockchain projects, Splinterlands announced a new partnership with Waka Flocka Flame, a rapper and celebrity, and a group called LOAK to bring a new Legendary Summoner card to the game. This card will be sold in two sales and has some interesting metaverse capabilities!

Unlike other Splinterlands cards, this one won’t drop out of packs. It will only be available in two sales, one on the Splinterlands site, the other on Atomic Hub on WAX. Only 1000 will ever exist, 960 regular foils, and 40 gold foils. And, every card will be level 4, the maximum for a Legendary!

The sale on the Splinterlands site begins on February 24th at 17:00 UTC with 500 cards. The cards cost 5000 SPS tokens and 500 Vouchers from the Splinterlands Voucher system. At current prices, the USD equivalent would be about $2000. Once the first sale concludes, the remaining 500 cards will release on Atomic Hub. Details about the timing and price of the second sale to be announced at a later point.

Though the cards are not cheap, this is a very strong Summoner. Waka Spiritblade is not a foe you want to face! With every creature on their team receiving the Poison ability, you can expect lots of extra health loss at the end of every round. Especially if they have creatures with Snipe, Sneak, or Blast! There are so many great combos with this summoner. There just isn’t enough Cleansing to be able to fully counter this, though certain rulesets and mana limitation combos could fair better. And with the Wake Spiritbalde only costing 3 mana to use, I expect to see quite a bit of domination on the battlefields from this card!

In a very interesting cross-chain utility, when transferred to the WAX blockchain, the Splinterlands card becomes a wearable AR, headpiece! It comes with a QR code allowing you to wear the headpiece as an AR filter in Snapchat. These also come in two versions. Silver for standard, Gold for gold foil. Presumably, more opportunities for showing off your headpiece in virtual worlds will follow.

The AR portion of this NFT was created by a group called LOAK. LOAK creates collectible, AR wearables that also can function as an exclusive ticket or a character in a game. Or, in this case, a powerful Summoner to use when playing Splinterlands.

The Waka Spiritblade NFT can be freely transferred back and forth between WAX and Splinterlands, depending on whether you wish to smite your foes or show off your Spirit Totem to your AR friends!

Splinterlands is a play-to-earn, trading card game that started on the Steem blockchain as Steemmonsters. However, over time the project changed name and switched to using the Hive blockchain. The game plays in a browser. Thanks to cross-chain functionality, cards and tokens can also be traded on the Ethereum blockchain and on Wax. Splinterlands now also has a governance token, called SPS.

Splinterlands is a cross between a deck-building game and an auto-battler. Players use their cards to create a combat lineup based on the rules of the match. Then, once both sides submit their teams, the cards battle it out until only one team remains. Players earn Dark Energy Crystals when winning matches, and can also earn additional cards and other rewards through Daily Quests and a recurring, two-week leaderboard contest.