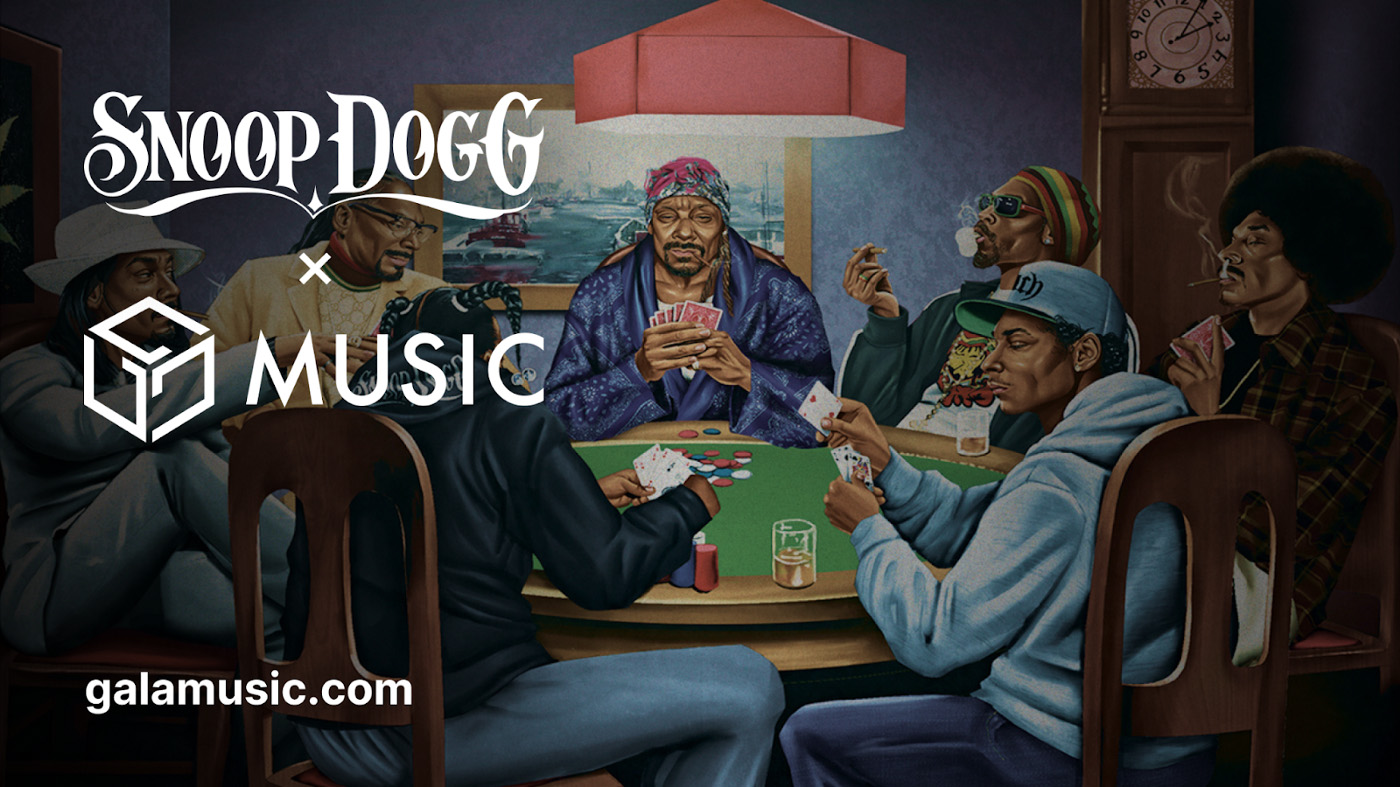 Just a few days before starring in the Superbowl halftime show, Snoop Dogg drops several collaborations with the Gala team on us, including one that coincides with an announcement of a new music project from Gala Games called Gala Music. Snoop Dogg continues diving into the blockchain world with an exclusive music and NFT drop. Not only that, but he also has a Town Star crossover and a specially themed SpiderTank!

Snoop Dogg in Town Star? I have to say that I did not see this coming. Especially after his recent collaboration with Sandbox. But Snoop seems to be all-in on the worlds of NFTs and blockchains. Gala Games announced two collaborations with the famous rap artist. One involves Gala’s new division, Gala Music. The other sees special Snoop Dogg NFTs land in Town Star!

Gala Music is a new venture from Gala Games. It involves music NFTs, streaming, and distributed earnings. We’re still waiting on more details about how Gala Music will function. We do know it will use a distributed node system like Town Star. There will be also some sort of profit sharing system between the node owners, NFT owners, streamers, listeners, and the musicians! This just seems like the everyone is getting paid, which can’t really work for a long-term plan. But I’ll wait for more information before passing judgement. The NFT market is a great space for music and musicians and I’m glad to see more music-oriented projects.

Up for sale is Snoop’s Stash Box. What’s in this Stash Box? Limited to 25,000, Snoop’s Stash Box promises more than just music. First off, each box does contain music — one of the 17 tracks from Snoop’s new album, Bacc on Death Row. Additionally, the NFT description mentions exclusive drops, unique concert attendance opportunities, and the potential for earning on the Gala Music network. The team promises future rewards, uses, and benefits from the Stash Box. They refer to this as a “lifetime membership in an elite club”.

For anyone who manages to collect all 17 tracks, they get a chance to become Snoop’s best friend! OK, not really, but it does potentially include BBQs at Snoop’s house (no, that’s not a joke!) Aside from the possibility of grilling up some tasty food and chillin’ with Snoop, full album ownership includes invitations to private parties and concerts, some bling in the form of a limited edition, custom, commemorative chain, and ongoing VIP benefits in the Gala ecosystem.

Sounds pretty good, right! So what will a Stash Box cost you? $5,000, payable only in GALA tokens. Not cheap. But, if you consider the potential future benefits from the Gala system, it may be worth an investment. The sale ends on Feb 14th. This will be the one and only time to purchase this Stash Box.

Also, as a side note, everyone who bought a Stash Box during the first hour received this special Spider Tank. I have to say I’m kind of jealous of that tank!

Snoop brings three new items to the Town Star store. The Gala Turntable, the ‘Epic Stylin Ride’, and the ‘Legendary Stylin Ride’. These are all to commemorate the launch of Gala Music. To bolster the token usage, the Rides are both sold only for Town Star tokens on the official market. New batches of the NFTS are released regularly, so if something is sold out, there is a chance it might appear again. Otherwise, you can always check the secondary markets for sold out items.

All three of these special NFTs provide passive benefits in-game. The Turntable provides Water, while the rides provide Iron. Though these NFTs are not yet available for use, we’re told that their implementation into the game will be ‘soon’.