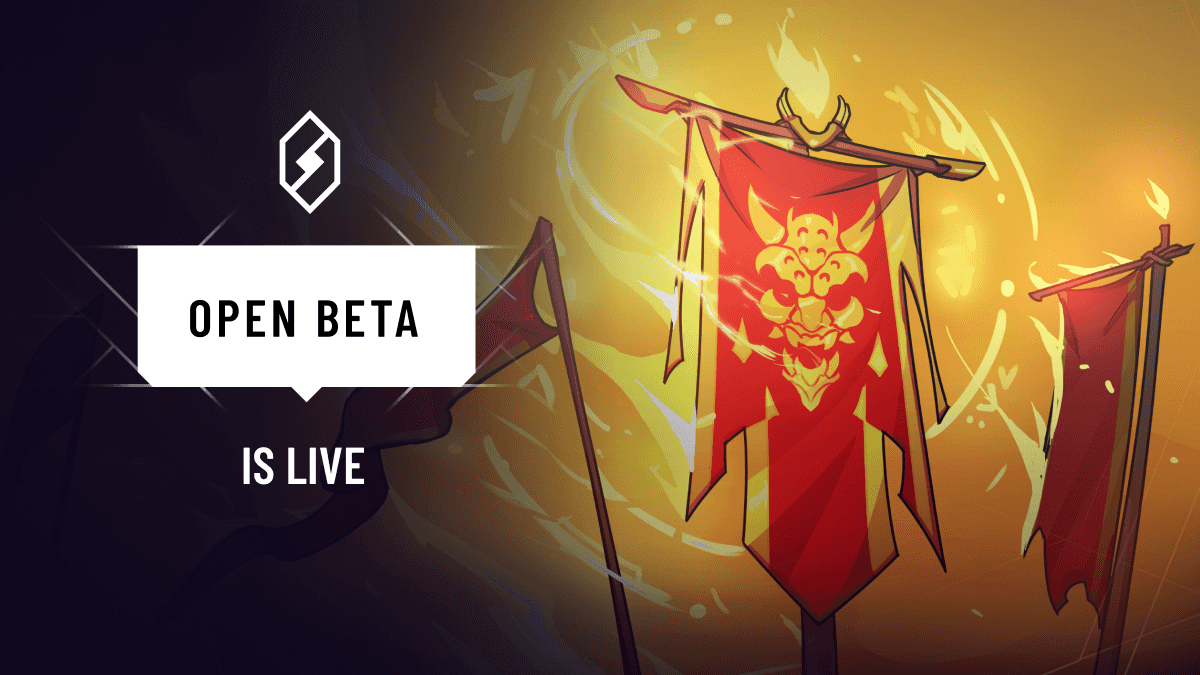 After a successful soft launch back in November, the trading card game Skyweaver just opened its beta version to all players. The game is free-to-play and has been under development since 2018. The beta version is already a well polished version of the game and is available on PC, Mac and mobile.

Since the first alpha release in December 2018, the Horizon team has been hard at work and kept delivering updates to the Skyweaver project. Since the economy went live on Polygon mainnet in Novembrer, players have clocked up over 446,000 gameplay hours across almost 1.7 million games, spending over $1.8 million via Skyweaver’s marketplace. Players have been competing and winning tradable NFT cards in the Weekly Ranked leaderboards and the competitive Conquest game mode — the only mode where the ultra-rare ‘Gold’ cards can be minted through gameplay.

Alexis Ohanian, co-founder of Reddit, is an investor in Skyweaver and a strong believer in the game’s potential as you can read in his quote below.

“I’ve been fortunate to be an investor in Skyweaver from the start, but most importantly, I was a fan first. It was the first game that really opened my eyes to the vast potential of play-to-earn and NFT gaming. I wrote about play-to-earn 3 years ago and the trend is even more obvious now. The future of this space will be dictated by companies like Horizon, who have been hard at work building a community and meticulously refining their product to not only appeal to Web3 gamers but to gaming audiences at large.”

This new release does not bring major updates to the gameplay found in the closed beta. The main change is that now, anyone can join the game and start battling for NFTs!

Players earn new cards based on their performance in the online leaderboards. One of the most wanted items in Skyweaver is the so-called gold cards. Player-owned cards are stored in their cryptocurrency wallet, and as a result, these cards can be traded on public marketplaces. Skyweaver currently has 500 cards, and new cards are constantly being added. Players can create up to 50 decks.

Core the player tactics are the prisms. These are a bit like player classes, and these determine how you build your deck. For example, there’s agility, heart, strength, intellect and wisdom. A deck with one prism card has 20 cards. A dual-prism deck has 30 cards. Based on your prisms, you will play aggressive, defense, use lots of combos, raise cards for the afterlife, use lots of magic etc.

In Skyweaver, you control a Hero, and must do battle with an enemy (human or AI). You both fight using cards that can be summoned to the playing field. When you deplete the enemy Hero’s Life, you win a match. If you lose all yours, you are defeated. Your ultimate goal is to compete and win against other Skyweavers.

Our host Bruno also had a look at SkyWeaver and here is his video review of the game on our YouTube channel.

How to get Started in Skyweaver?

The on-boarding process is very smooth and the tutorials available make the game easy to approach even if you are unfamiliar with the trading cards game genre. Before entering PvP arenas you will need to gain experience by battling against bots. You will earn basic cards and heroes along the way for you to build your first decks.

The game can be played in your web browser or in the native apps available for PC, Mac, iOS and Android. All the informations to get started can be found on www.skyweaver.net/get-started.

With over 500 unique cards, players can unlock every single card in the game for free. In addition, Skyweaver gameplay is singleton, meaning only one copy of a card exists in the deck you play with

Players can buy and sell their cards in the game’s marketplace using USDC. More information about the game economy and the team’s vision can be found on this article.

Although Skyweaver doesn’t bring anything revolutionary in the trading card game field, we love the atmosphere of the game. The graphics, visual effects, sounds and overall user experience are very high quality. We also love the fact that the game can be played on any device and is totally free to play, giving any player chances to compete and win. With this open beta, Skyweaver positions itself as a real alternative to Gods Unchained or Splinterlands, the two leaders in the blockchain trading card games genre.

To learn more about the game, read our full SkyWeaver Guide and Review.