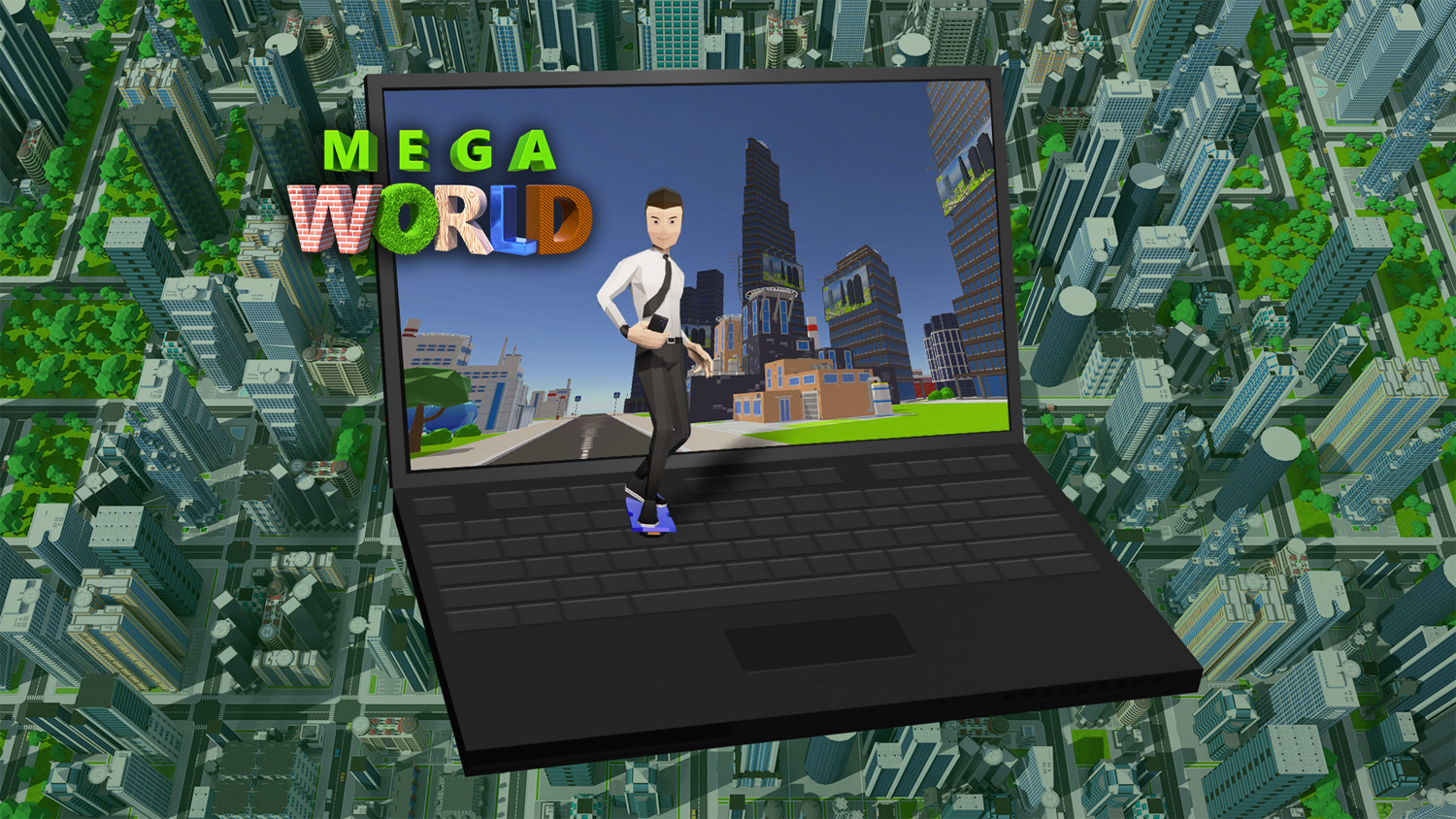 A while back, Mega World (formerly know as Megacryptopolis 3D) pivoted to building their city simulation into a full-fledged virtual world, called Mega World. In the upcoming alpha release of Mega World, players enter the world as their virtual avatar, travel around, complete tasks, and earn $WORLD tokens. Business owners will also see a change in how goods are produced with this update to the economy. Unfortunately, we still don’t have a date for the alpha release.

The alpha for Mega World receives a fresh dose of hype with the latest announcement. The new economic system introduces the need for ‘tasks’ in order to complete production in player-owned buildings. Item and resource production is no longer just clicking a button and waiting. Building owners now need players to come and complete tasks as part of the production process! Only once all tasks have been completed will the items and resources be created.

Buildings with tasks are marked on the map. Building owners can offer additional incentives to encourage quicker completion of tasks at their buildings. The game burns half of the bonus reward, and pays out the other half to the player. Once at least 50% of the tasks are complete, owners have the option of paying extra taxes and resources to speed up production.

The Avatars have to reach their job sites before they can work (remote work options are very limited in Mega World!) And moving around the map takes time, especially when walking. Running moves the Avatar faster, but also burns stamina. So this ties in with the recent transportation release. Players now have other options besides travel by foot. They can take buses or subways for a fee in WORLD tokens. Those Citizens who own cars can drive themselves, but there will still be a WORLD token payment for gas costs (no electric vehicles yet).

Another addition with the alpha economy is the World University. While the basic game is free to play, the free Avatar only has the skills to complete the most basic tasks. To work on higher level tasks and earn more, a player needs a higher ranked Citizen. But some players dont have the desire or means to purchase their own Citizen. This is where the University comes into play. Citizen owners can offer their Citizens out for rent, in return for a portion of the WORLD earned through tasks.

This provides passive income for players with lots of Citizens, and offers a “work your way up” path for players. Play for free, do basic tasks, earn WORLD, rent a Citizen, do higher level tasks, earn more WORLD!

Overall, this is a huge change for Mega World. It will need a very active playerbase to keep the economy churning, especially with much of the map still undeveloped. Hopefully the potential for free, play to earn opportunities will bring in more players.

What is Mega World?