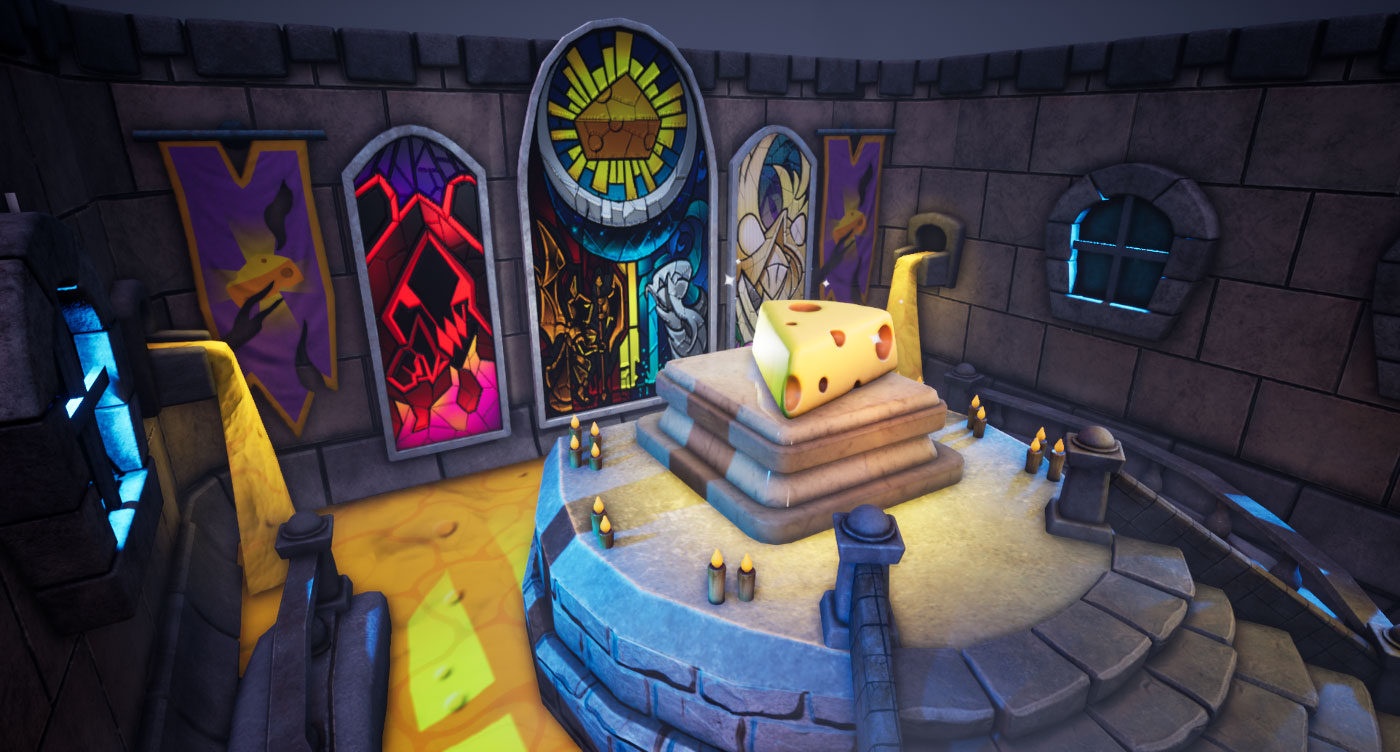 Let’s have a look at Mouse Haunt, the highly anticipated multiplayer action & strategy game where Mouse Heroes compete with Ghosts in their quest for cheese! Here is what we know so far about the project.

What is Mouse Haunt?

The Mouse Haunt team promise to offer an innovative play-to-earn experience where fun comes as the first reward. And from the concept to the first gameplay previews we have seen, it seems like that is what the Isoforce Games team is going to deliver. The game itself has been in development for quite some time. A first preview was presented at DreamHack Atlanta in 2018, and, as you can see in the video below, the players seem to really enjoy themselves playing this game. Since then, the game evolved to become an NFT based play-to-earn game.

Mouse Haunt is an isometric multiplayer action-strategy game. Players will play in two different teams: Mouse Heroes and Ghosts. Then the goal is rather simple: The Mice want cheese and the Ghosts are trying to prevent them to get their paws on it. As simple as that, but players will have to use many tricks to achieve their goal, and that’s where the fun begins!

Ghosts are able to control the environment by throwing chairs, making a bookcase fall over an unsuspecting mouse or even blasting explosives! But wait, there is another twist: Once a mouse dies, it will become a ghost and will need to adapt its strategy to continue scoring points.

The Mause Haunt game will use a dual token system: $MHT and $MCHEESE. $MHT has a finite supply whereas the $MCHEESE token is an inflationary token with unlimited supply. The MHT token is already available on the Binance Smart Chain. The team’s plan is to have the token available across multiple chains in the future.

To earn money in the game, players will be able to collect NFTs, farm tokens, breed characters and even build their own levels.

The $MHT token will be the only reward token for the first phase of the game called Mouse Haunt: Lock and Load. In this first stage, early adopters will roam a castle, scavenging for hidden treasures. This is a good way to reward early adopters and help them grow their $MHT bags. Later on, the $MHT token will be the governance token and will give voting power when staked.

As in many play-to-earn games, players will also be able to own their own land. Land owners will have access to a castle builder to build their own levels and earn passive income. The more deadly the castle will be, the more rewards the owner will get… We can already anticipate some pretty unforgiving builds coming up.

More information about the game’s tokenomics can be found in the whitepaper.

The Castle and Land pre-sale is planned for Q2 2022 and the first PVP game mode, Castle Heist, is planned for Q3.
Castle Heist is the main game mode where Mice and Ghosts will fight for $MHT and $MCHEESE rewards. That’s when the real fun should really start.

If you want to get in early in the game, you will need a Mouse Hero NFT. The initial sales took place in December, and they are now available in the official marketplace.

Mouse heroes come in different rarities: Legendary, epic, Rare and Common. At this point the heroes have not been revealed yet, but the game boosters are already available. Here is the breakdown of the different boosters available:

At the time of writing this article, the Heroic boosters floor price is 27 $BUSD and 340 $BUSD for the legendaries.

Many players are eagerly waiting for the Mouse Haunt release. The game looks very promising with a fun and engaging gameplay. With a development already well underway and an experienced team, we can expect a quality product delivered in time. As we have seen with the success of Thetan Arena, fun and engaging games available on PC and mobile are the type of play-to-earn games that will reach a mainstream audience. With a fun and underlying evil strategies, Mouse Haunt has a huge potential for success among streamers, driving even more attention to the game.

Although it is still too early to talk about potential earnings, it is always valuable to get in quality projects as early as possible. We will be following the progress of the team and keep you updated along the way.