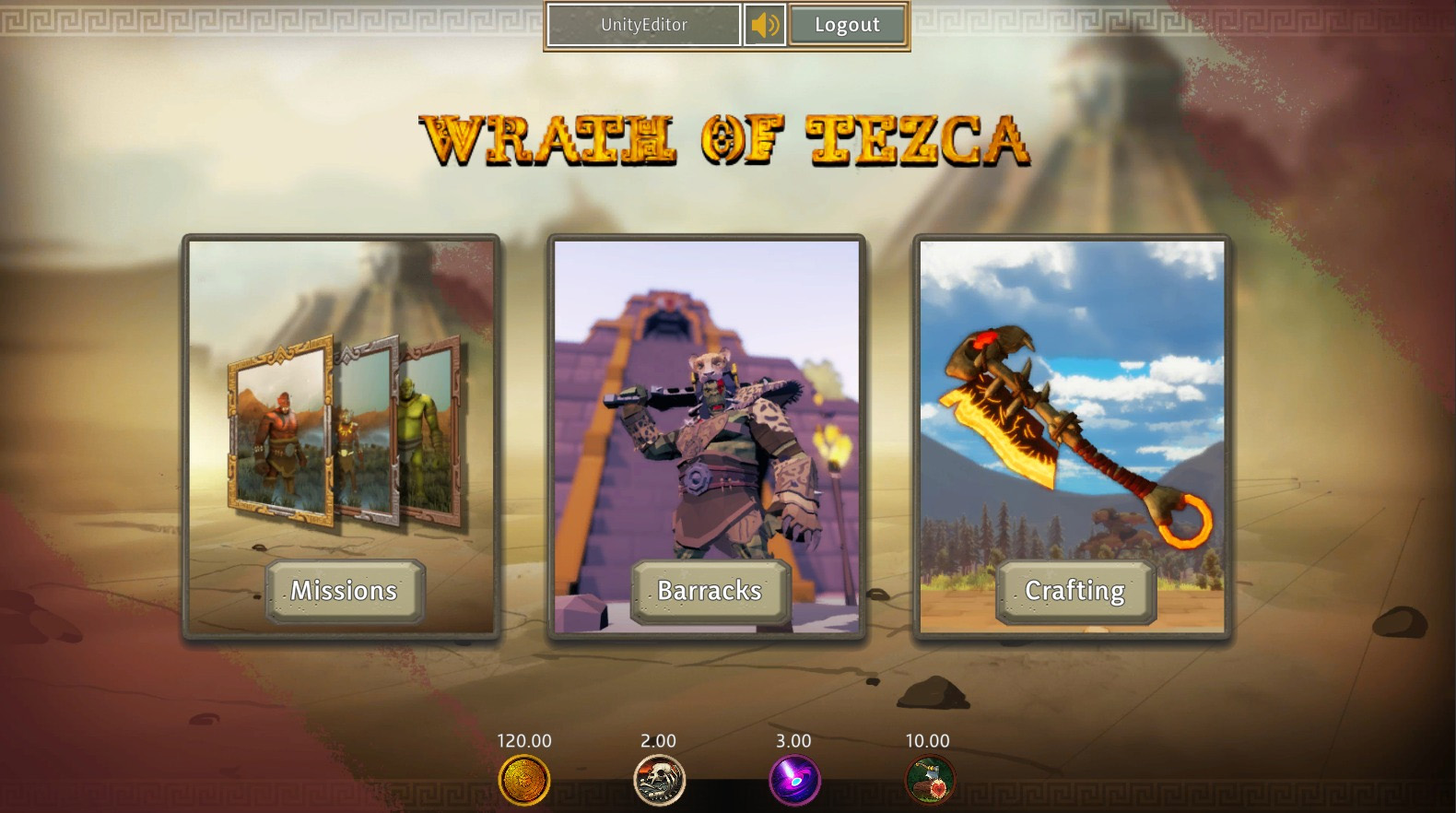 The next phase of play to earn arrives in the lands of Wrath of Tezca. Built on the WAX blockchain, this fantasy, squad based combat game already allows players to earn coins and resources through Instant battles. But very soon, Wrath of Tezca opens up crafting options for creating new items — and a land sale is not far away!

For a few months now players in Wrath of Tezca have been equipping their squads and running Instant Missions, accumulating Tezcoin and resources along the way. Now they’ll get a chance to use them with the introduction of crafting!

No longer will generals in Wrath of Tezca have to scrounge through the markets to find equipment for their troops. Industrious players can now craft their own items! Set to release on January 27th, 2022 at 18:00 UTC, players will craft and unpack chests in-game. Crafting requires 100 Tezcoin, 200 Magic Essence, 300 Bone Shards, and 500 Heart Wood. Once crafting completes, the player receives a chest. What’s inside the the Chest is determined when it is opened. Contents come from the the Crafting Pool, which could include Characters or Equipment. The crafting user interface shows the odds of receiving NFTs at each rarity.

Interestingly, Wrath of Tezca features deflationary crafting resources. Every time that resources are used, whether it’s for crafting or other features, 10% of those resources are burned! As for the rest, 2% goes to the devs, 3% to a pool to be used for giveaways and special rewards, and 85% of the resources spent are returned to the primary Reward pool to be redistributed to the players as they play the game. This seems like a strong setup for a game economy, and I look forward to seeing it in action soon!

Did you say Land Sale??

Yes, yes I did! A big part of the current play to earn movement includes offering up land ownership as a way for players to invest in the game. Wrath of Tezca continues the trend with their own land sale.

In Wrath of Tezca, land owners entice players to battle on their lands and in return receive a percentage of the rewards. There are six different land types — mountains, jungle, plains, river valley, mystic clearing, and ruins. Lands also come in various rarities. Land owners can upgrade their land, increasing the Reward and Attribute levels of the NFT. Raising the land’s reward level increases the amount of treasure players can find. While increasing attribute levels raises one particular attribute and reduces the others, allowing players to focus their land and make it more enticing for specific squad setups.

The original plan had been for the lands to cost about $500 in WAX. But with the recent crypto downturn, the Tezca team is mulling over various options, including changing the cost. The land sale will be whitelisted to include those flagged as ‘Tezca’s Chosen’ on Discord and the top 100 holders of Tezcoin. It’s unclear if there will be buying options for those not whitelisted.

Land sale date is still to be decided though the snapshot of the top Tezcoin holders has already been taken.

What is Wrath of Tezca?

Wrath of Tezca is a fantasy themed play to earn game built on the WAX blockchain.

In Wrath of Tezca, players battle to earn coins and rare resources. Players assemble squads of up to four units and dress them up with a variety of equipment options. Units have six basic stats and six ratings including Health Points, Armour, and Movement to name a few. Each unit also has six slots for equipment, so there is plenty of room for upgrading!

The interface presents players with three options when going on a mission. Each mission has its own rarity, payouts, and attribute bonuses. Attribute bonuses combine with your units’ attributes to determine the amount of coins and resources received from the mission. These include Tezcoin as well as Boneshards, Magic Essence, and Heartwood.

At the moment the game features only Instant Missions. Select your units and a mission and off they go. There is no failing an Instant Mission. Instead, the amount of rewards generated are scaled based on your party’s power, bonuses from the land, and a bit of RNG. Each unit gets two raids per day. But, you can buy as many units as you want, and run multiple squads on missions.

At the moment, the game is pretty basic. It’s really just a coin and resource farming game. But that will begin to change soon as Wrath of Tezca releases crafting and land ownership. And ultimately, the team plans to create a 3D, turn-based, tactical squad combat game on procedurally generated maps, which will make for a much more active experience!