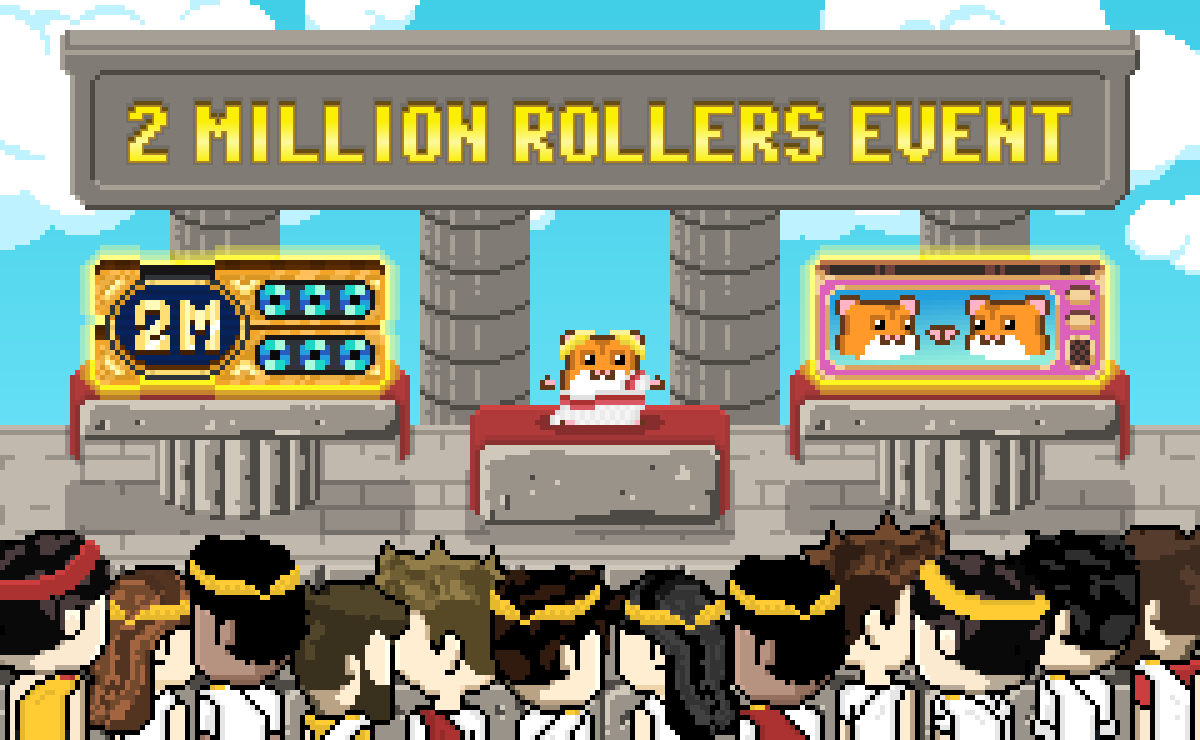 Launched in 2019, RollerCoin became the most popular crypto mining simulator game, with an active community of over 2 million users. Players can mine several cryptocurrencies and earn by playing fun, engaging games online in this free-to-play hit.

RollerCoin is an online, virtual bitcoin mining game where you compete against your friends to mine BTC, ETH, DOGE, BNB and RollerToken. Mining takes place by competing in fun mini-games and by building your own mining farm.

The game is completely free-to-play and doesn’t require any initial investment in NFTs or starting packages. You can play it from any device, and it’s compatible with any modern browser.

Daily rewards depend on your Hash Power, and you can increase your production by simply playing the game. Register for free on their site.

Players in RollerCoin earn real rewards for their mining efforts. In the last 24 hours, they gave out 8640000 satoshis to players, and since the start of their free Bitcoin mini-games, a total of 26.95 BTC have been mined.

The Road to 2 Million Players

Let’s face reality: most blockchain game projects won’t ever see the light of the day. It requires a huge amount of effort to develop, maintain and upgrade games while giving out real-life rewards to players.

RollerCoin not only managed to develop a fully-functional game in the browser, but it made it so engaging 2 Million Players decided to join in and create their mining farms.

This is a great achievement by their team, and it’s been appropriately celebrated on all decentralized platforms and in the blockchain gaming community.

By adding new mining games and increasing the number of cryptocurrencies you can mine (originally, it was only Bitcoin), the team at RollerCoin is setting up the basis for a successful future where players can keep their farms running.

Although games like Axie Infinity gained more popularity and distributed more profits, RollerCoin is a stable option for players to get involved in.

In addition to their main game, where you build up your farm to gather hash power, players can play mini games to increase their available power.

Here are some of the mini-games available:

The gameplay is rarely challenging and can feel repetitive after a few days, but it’s definitely interesting enough for a free-to-play game. Developers are constantly working on adding more mini-games.

RollerCoin is not going to make you rich. Being a free game has its drawbacks, and one of these is the amount of money you can earn by playing it.

A recent estimation from players returned an average of $0.1 per hour for top players in the leaderboard. However, that’s for active gaming.

The real rewards come from hiring miners to work for you. At that point, you can get to $10 or more per day in completely passive income. In Aug 2021, the top player in the leaderboard earned over $1500 in a month.

However, you have to remember starting playing RollerCoin is completely free, while starting playing with a team of Axies during the golden days could have cost upwards of $3000, over a thousand bucks per Axie!

If you’re just starting out in blockchain gaming, and you’re not comfortable with upfront investments, RollerCoin can be a viable way to get your step in the door.

It won’t be the only game you play, and it won’t sustain you on itself, but it will give you a nice side income when treated seriously and can also be a nice networking opportunity to meet other fellow gamers.

The team behind RollerCoin is active, and they’re rolling out a Matic mining update in the coming months. Stay tuned for more updates, and happy mining!