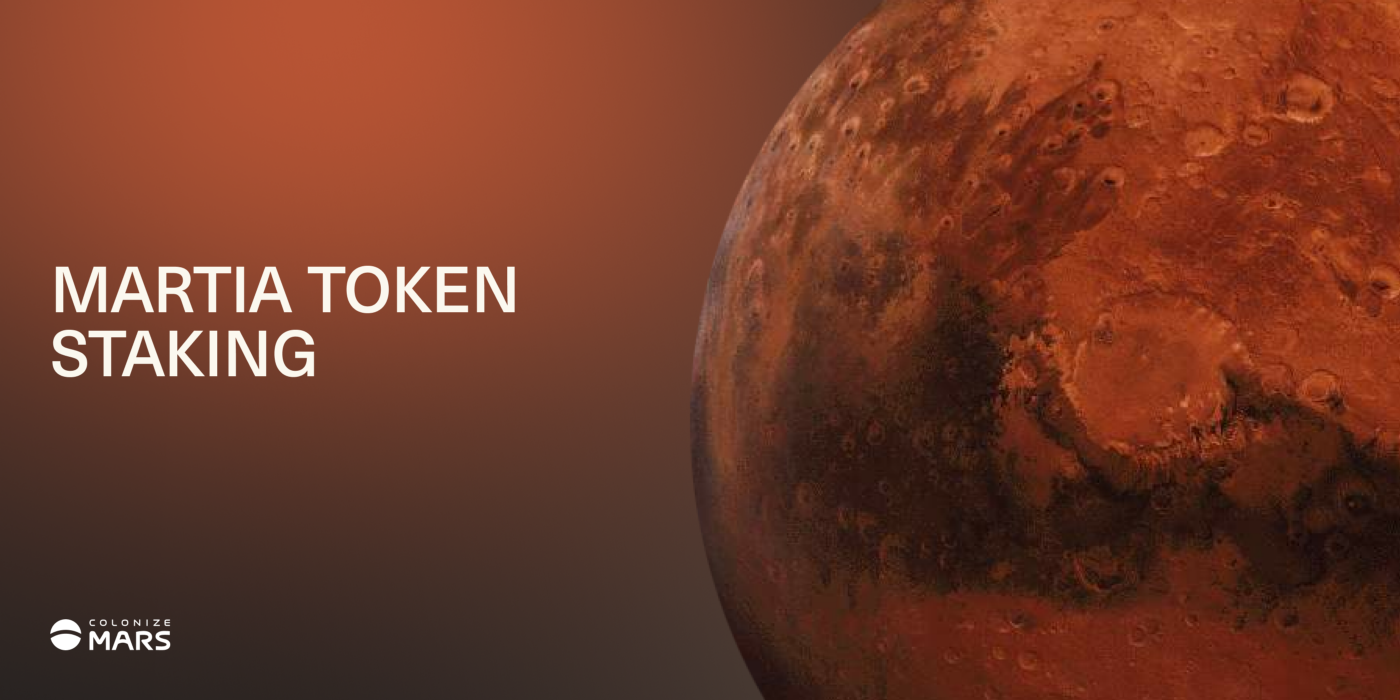 After completing three successful pack sales, Colonize Mars is ready to move on to the next phase of its gameplay by implementing a staking system for its native token, Martia. But this is more than just a simple stake token to earn token type of setup. Though that option is available. But in addition to that, players have six other staking pools to choose from. Each one offering different rewards.

The first is the standard staking pool you might expect from any token. Stake Martia tokens and earn more Martia tokens in return. But after that things get interesting.

Most of the pools earn various game resources needed by the Colony — Water, Food, Oxygen, Wellbeing, and Power. These resource pools function like token pools. The more Martia staked, the less the payout per Martia. This encourages a relatively even spacing of staked tokens. Though depending on how each is used in-game, some may still end up being more valuable than others.

And while there is no current usage for these game resources, the devs are targeting mid-year of 2022 for the first release of their resource features.

Then the final pool. This one rewards stakers with NFTs! NFT rewards function a little differently. Every hour, five random winners are selected from the pool. The interface will show an estimated chance of winning an NFT. The amount of Martia staked and the length of the lockup period chosen affects your odds. Initial NFTs are leftovers from the Mission One craft event, and may even include Ownership cards! More NFTs, including new types, will be added to the pool as needed.

Players choose a lockup period when staking. This can be from 1 to 6 months, in 1 month increments. Each additional month locked beyond the first earns an additional 20% stake weight, all the way up to 2x for a 6 month lockup! Players can also join as pools more than once. Each stake will have its own lockup period.

On top of the regular staking rewards, the team is also considering special rewards for the top stakers in each pool. This could include whitelist spots for future sales, entry for closed beta tests, or early access to new features. The staking pools are expected to open in February of 2022.

What is Colonize Mars?

Colonize Mars is a strategic colony simulation game built on the Wax blockchain. Players use their NFTs to aid in colony development and eventually create land expansions and build player-owned hubs. Players stake cards and maintain them at regular intervals to receive Martia tokens as rewards in the first Phase. Later phases will include expansion, expeditions, and discovery. The game also features Ownership cards, which earn passive income.