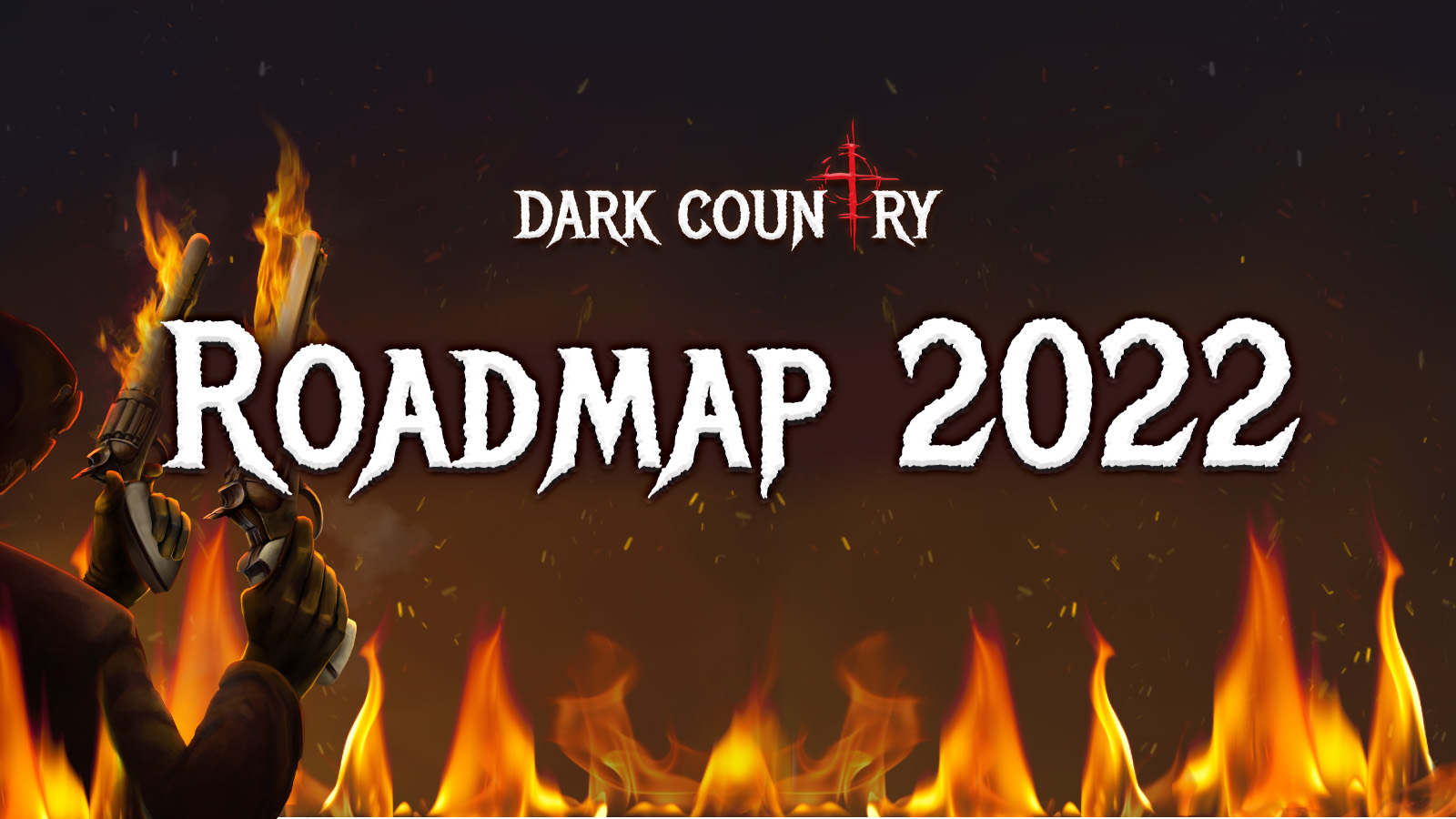 Not content to simply create a trading card game, Dark Country has been working for a while on building out a larger gaming world. One that includes land ownership and guild battles. With the latest roadmap update, Dark Country reveals a timeline for these features and a lot more!

Dark Country began as a trading card game with a mystic-western theme. But in the first half of 2020, they announced a rather large expansion of their plans with the addition of land ownership and a wider gameplay world. The beta playtest for land ownership in Dark Country has been running for a couple of months now. But that will soon come to an end as the latest roadmap update shows us that the Dark Country teams plans to release the land ownership feature as early as February!

And that’s not the only exciting update. Dark Country released a very specific, month by month breakdown of their goals for 2022. Let’s take a look!

The roadmap starts off with a bang! It begins in February with an initial launch of the land gameplay as well as play to earn mechanics and weekly tournaments! Players will also no longer have access to all the cards. Instead everyone gets a basic deck, and adds their own cards to it.

The play to earn token for Dark Country is called Shadow Dimes. Players and landowners who earn Shadow Dimes can stake them in March. March also brings the introduction of alliances for land holders. Alliances compete for control of shrines (introduced later).

But wait! There’s more! Landowners can also begin building up their land with a selection of buildings. Will it be the saloon to attract more players? Or Butchers and Quarries for resource production? Hopefully the choices will be meaningful and gated in such a way that every land won’t have all the buildings.

April sees the introduction of land leasing, allowing other players to run and manage the land and buildings while paying fees to the land owner. A quest system with rewards where players compete against AI players is also planned for this month

May is another big month with the addition of card rentals and heroes. Card rentals! This has been an amazing feature for Splinterlands and I’m glad to see the Dark Country team with rental plans on their near-term roadmap. And I’m all for some Heroes action, because I have a bunch of them. But it’s unclear exactly how they will be used. I think they will be part of the wider land game rather than the card game.

Alliance PvP and battles for Shrine and map control are planned for June. Landowners band together to compete for control of Shrines. Alliances recruit players, or soldiers, to compete against opposing alliances. Details on this feature are lacking, but it will be an important play to earn aspect as well as an additional gaming avenue for landowners.

July promises item crafting, an important component for land gameplay. Perhaps building upgrades will rely on these items. And finally, “Roguelike adventure campaigns”. I have no idea what this would look like, though I envision some sort of Slay the Spire type game. But, until we get more information, let your imagination run wild!

And unfortunately, that’s where the roadmap ends. Fair enough. Especially given the amount of content and features they plan on delivering over the next six months!

Dark Country is a collectible, trading card game built on the WAX blockchain. Featuring cowboys, guns, demons, magic, and undead minions, Dark Country brings a different theme to the world of card battling games. Dark Country plays like other TCGs you might be familiar with such as MTG, Hearthstone, and Gods Unchained. Players spend mana, play cards from their hand, and try to reduce the opponent’s health to zero.

The game is free to play and currently in an alpha phase. Though players can purchase Dark Country cards on the marketplaces, you actually don’t need any to play the game. While it’s in alpha, all cards are available to all players. Players can already play to earn via regular tournaments, special Play the Pros events, and by staking Hero cards on the Dark Country website.

The game plans to expand considerably with the introduction of a map layer with land ownership and strategic decisions for players.