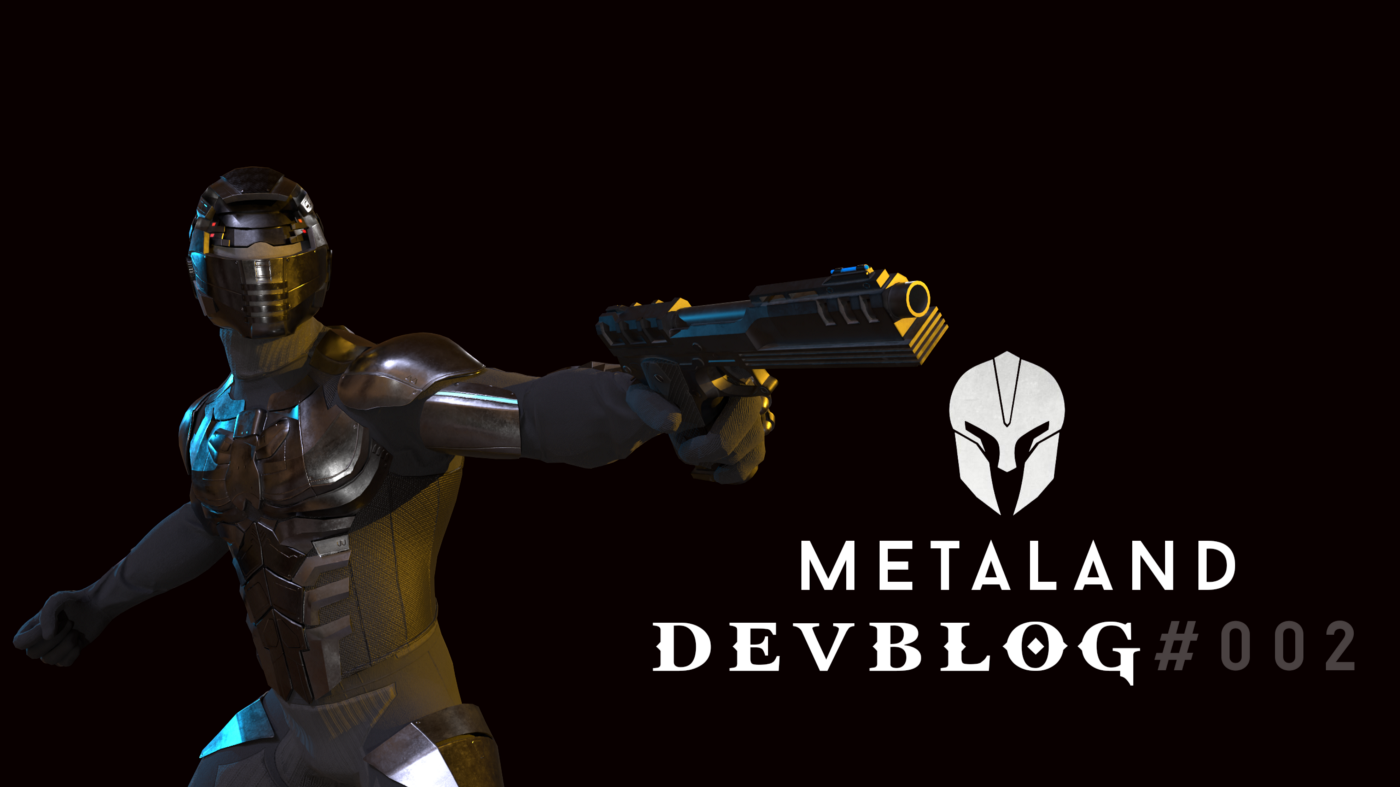 After a pre-alpha release in December, Metalands, an upcoming play-to-earn FPS, reveals its 2022 roadmap and gives us an update on the development. It seems like the project is on track for a beta release in Q2 and that the team is making good progress on the game engine.

The development at the moment is mainly focused on performance and graphics improvements. The maps are being updated with more details. The engine is now capable of more realistic lightning effects as we can see on the preview image below.

A new SFX artist and UI designer recently joined the team to give a boost to the game’s visuals. They already started working on a new user interface. They are now moving away from a rather dark and empty UI and already started to design a brighter and more elegant interface.

The design team team is also working on updated 3D models for the weapons and the different assets available to customize your bunker. Five assets packs are already finished and we can probably expect many more to come.

The game launcher update will allow the team to push regular updates and repair potentially corrupted files in small and quick to install packages. The team is now working hard to improve the game’s performances to allow for an enjoyable experience even on lower specs machines.

The Beta release is still on track for a release in the second quarter of 2022. This release will come alongside more updates and new features. Players will enjoy new maps, weapons, skins and bunkers. It will also introduce an in-game crafting system, mini-games and an equipment rental system. This will be the first season of Metalands in which players will earn exclusive items as rewards.

During Q3, the team will test and polish the different game modes before finalizing the combat system. This second season will be the start of the real competitive gameplay with with the introduction of e-sports events and tournaments.

You can review the full 2022 roadmap on the medium article published earlier this week.

Metalands is an upcoming, first person shooter running on the Binance Smart Chain. It utilizes the Citizen Finance token (CIFI). Though it resembles the well-known Counterstrike, and the team has admitted to inspiration from that classic FPS game, Metalands promises much more. With a story based system, the ability to run missions with friends, and a crafting system, Metalands brings in many co-op features of other games such as Borderlands.

Players play to earn by completing missions, winning games, and unlocking achievements. Prizes come in the form of rewards such as weapon skins, furniture, and special bunkers! All of these items can be withdrawn to the blockchain and traded on marketplaces.

Each player also has access to their own Bunker, where they can craft items from resources gathered on missions. Bunkers function as a cross between housing and traditional game menus. Players start in their 3D, customizeable bunker. From here they can enter missions, check on their assets, chat with friends, and more! Adding customizeable housing immediately opens up new markets for the creation and purchase of decorative items.